Home frontpage Edna Recipient for Global Award, an Advocate for Women and Girls in... 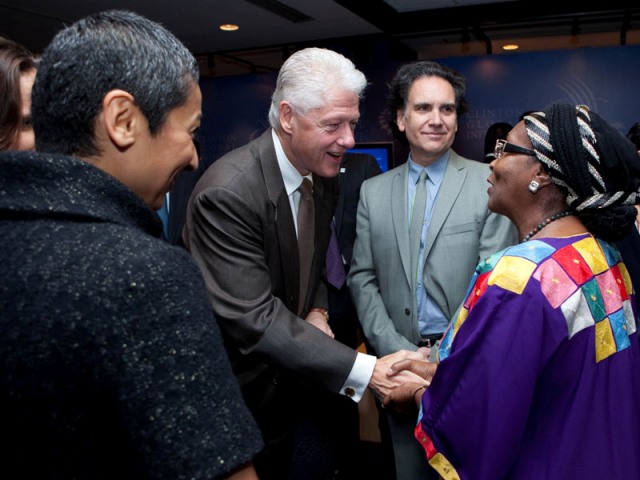 Nairobi (HAN) April 19, 2014 – Edna Adan Ismail is the inaugural recipient of the Penn Nursing Renfield Foundation Award for Global Women’s Health. This award and $100,000 prize will be presented biennially to a leader or leaders in the field of global women’s health. It was established at the University of Pennsylvania School of Nursing in 2012 by the Beatrice Renfield Foundation. Edna Adan Ismail, an inspiring advocate for women and girls, whose maternity hospital in Somaliland 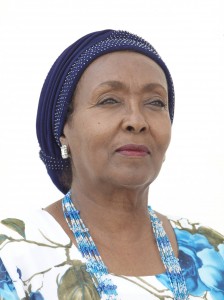 Following an intense selection process, Edna Adan has been named the inaugural recipient of the University of Pennsylvania School of Nursing Renfield Foundation Award for Global Women’s Health. The award will be presented to Adan on May 15, 2014 and includes a $100,000 cash prize which will be presented biennially to a leader in the field of global women’s health.

The Renfield Award joins a long line of firsts for Adan. She was the first Somali girl to be awarded a scholarship to study in Britain, where she learned nursing, midwifery, and nursing management for seven years. The first qualified nurse-midwife in Somaliland, she later became the first lady of the country. After years of advocating for the abolition of harmful traditional practices like Female Genital Mutilation (FGM) through her work with the World Health Organization, Adan returned to Somaliland, where she sold all of her possessions to build the country’s first maternity hospital.

Adan was nominated for the Penn Nursing Renfield Foundation Award by Nicholas Kristof, columnist for The New York Times and co-author of Half the Sky: Turning Oppression into Opportunity for Women Worldwide. “Edna Adan has been a passionate leader not only as a hands-on nurse in Somaliland, but also in building a hospital and a training system to produce more nurses and midwives to work in remote areas across her country,” said Kristof. “She has been a tireless force to end female genital cutting in her country. The result is that largely by force of will, Edna is saving lives every day – and putting in place public health systems that will save lives for many decades to come. She’s a force of nature, and it’s a privilege to watch her in action.”

For Adan, the phone call from Penn Nursing Dean Afaf I. Meleis telling her that she had been selected to receive the Renfield Award came as she was working to secure funding to expand her hospital and care for more women and children than ever before. When she learned the news, tears welled in her eyes as she shared the Renfield Award could not have come at a better time.

The health of the people of Somaliland is among the worst in Africa, with one of the highest maternal and infant mortality rates in the world. Since opening in 2002, the Edna Adan Maternity Hospital has transformed the lives of women in Somaliland. Over 14,000 babies have been safely delivered with a maternal mortality rate one fourth of the national average and more than 300 women have undergone successful fistula repairs. The Maternity Hospital educates fully qualified healthcare professionals, and remains committed to fighting the practice of FGM.

Supporting leaders like Adan remains a critical part of the mission of Penn Nursing’s Center for Global Women’s Health. Since 2009, Penn Nursing has engaged over 1,200 people through its women’s health initiative events, leading to extraordinary growth for the Center. One of these individuals was Jean Renfield-Miller, president of the Beatrice Renfield Foundation, the founder of the Penn Nursing Renfield Foundation Award. “The health and safety of women has far-reaching effects,” said Renfield-Miller. “This award will raise awareness of the issues facing women and girls today and encourage innovative solutions to these problems.”

Adan will receive the Renfield Foundation Award for Global Women’s Health and make a presentation as the final speaker at Penn Nursing’s Healthy Cities: Healthy Women – The Global Future conference on May 15, 2014. Registration for Healthy Cities: Healthy Women starts at $20 per person and proceeds from the event will benefit Penn Nursing’s Center for Global Women’s Health.In addition, the University of Pennsylvania will present Edna Adan with an honorary Doctor of Humane Letters at its 2014 Commencement Ceremony on May 19, 2014.