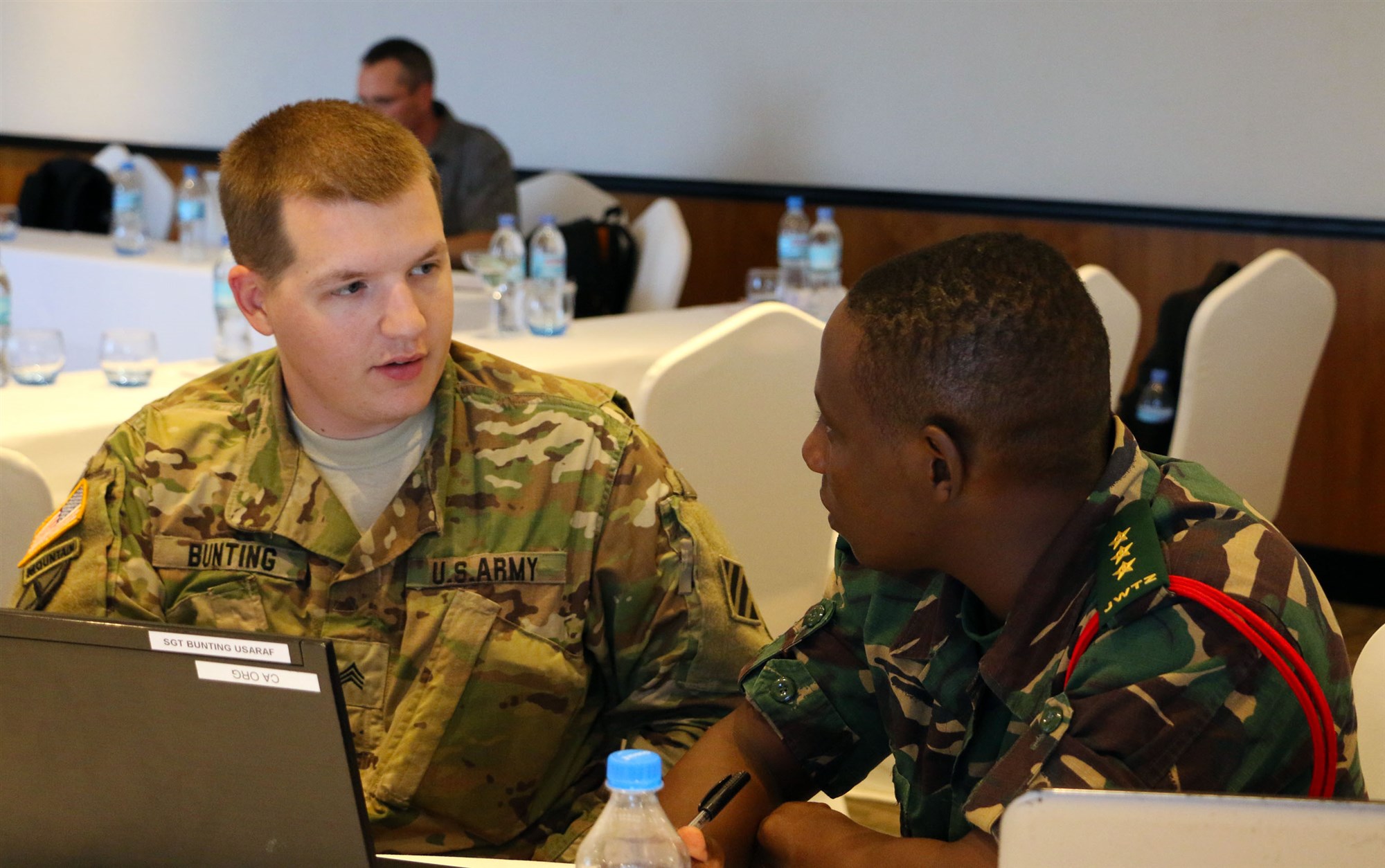 DJIBOUTI (HAN) May 11.2016. Public Diplomacy & Regional Security News. We’ve worked out a lot of the fine details with planning and security, protection, site visits, planning the infrastructure of the exercise, and how we will conduct the exercise. Leaders and planners from 1st Battalion, 9th Field Artillery Regiment, 2nd Infantry Brigade Combat Team, 3rd Infantry Division participated in the U.S. Army Africa-led final planning event for exercise Eastern Accord 2016 in Dar es Salaam, May 2-6.

The 1-9 FA is part of 2IBCT as the regionally allocated force supporting USARAF and U.S. Africa Command.

During the weeklong collaborative event, participants from 1-9 FA worked closely with planners from USARAF and US AFRICOM, the African Union, East Africa Standby Force, International Committee of the Red Cross, and partner nation militaries including: Tanzania, Djibouti, Ethiopia, Rwanda, Uganda, Germany, Netherlands and the United Kingdom.

The final planning event was the third and final opportunity to bring stakeholders together to collaborate and confirm exercise details before EA 2016 kicks off this summer.

“We’ve accomplished a great concept for how we are going to conduct operations during Eastern Accord 2016, said Maj. Joe Breedlove, battalion operations officer for 1-9 FA. “We’ve worked out a lot of the fine details with planning and security, protection, site visits, planning the infrastructure of the exercise, and how we will conduct the exercise.”

Finalizing the plan collaboratively with partner nation militaries was important for the success of the exercise, especially for the Tanzanian People’s Defense Force hosting the exercise this year.

“Cooperation between the members of the delegations was good and the working environment was good for this kind of planning,” said Capt. Ahabu Chavalla, a TPDF officer responsible for reception, staging, onward movement and integration for the exercise. “We discuss all the things that will be done, who will do what. They are then able to provide a good brief back to their countries so they know what will happen.”

“The experience working with the Tanzanian People’s Defense Force has been really great,” Breedlove said. “I enjoy working with our partners and appreciate what they bring to the table. I’ve learned a lot from them and I hope to take home a lot of their good practices.”

The exercise is designed as a command post exercise this year, and the finalization of the communications plan was a key component of the FPE.

“You’ve got to have a certain level of communications across the board,” said Sgt. Zachery Bunting, communications sergeant for 1-9 FA. “That way the information flow can go up and down so that the key leaders can make important decisions, which will affect the outcome of any situation.”

“We’ve figured out where all the [communications] equipment is coming from, what equipment we need, how everything is going to be laid out when we return this summer for the actual command post exercise, and how we are going to operate as a section,” Bunting added.

For Soldiers like Bunting whose military training and experience has primarily focused on combat deployments, EA 2016 presents a unique opportunity as a multinational training exercise focused on peacekeeping operations.

“I think that anybody who has a chance or opportunity to do this should definitely go for it,” Bunting said. “In the Army you don’t get a lot of chances to do stuff like this and it’s been a real pleasure to actually be a part of something like this.”

EA 2016 is scheduled to take place later this year in Dar es Salaam.