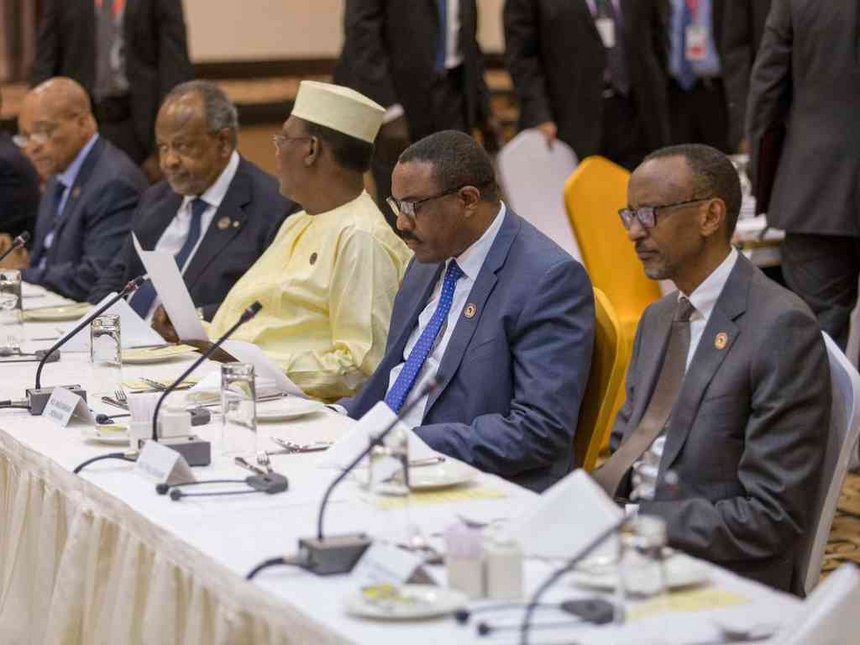 The summit which include Assembly of Heads of State and Government of IGAD and the African Union Ad-hoc Committee on South Sudan, referred to as the IGAD Plus.

The leaders, who have backed AU and UN proposal to send troops into South Sudan, will likely try to push the government to accept the protection force

The meeting which is aimed at coming up with a sustainable solution to South Sudan crisis is also being attended by representatives from the United Nations, African Union and Joint Monitoring and Evaluation Commission (JMEC) on the progress of the implementation of the Permanent Ceasefire and Transitional Security Arrangements in South Sudan.

IGAD has sharply criticised parties involved in the current hostilities in South Sudan and expressed its displeasure on reports of widespread and increased acts of conflict related sexual violence, especially rape (including gang rape) of women and girls in youngest African nation.

IGAD said the horrendous acts may in essence constitute genocide, war crimes and crimes against humanity within the ambit of UN Security Council Resolution 1820 of 2008.