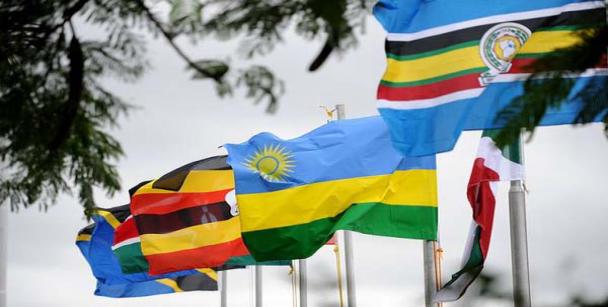 Many must have caught the comments by the East African Community’s outgoing Director-General in charge of Trade and Customs, Peter Kiguta, when he said in The EastAfrican last week that the earlier enthusiasm among member states to move the region towards higher levels of integration “seems to have waned over the past two years.”

He is right. Things like regional integration are no different from a successful music album. Not all the songs on it have to be a hit. You need only need one big one, and the album achieves greatness.

But just being a hit is not enough. Thus Ghanaian hip hop artist Fuse ODG’s song Azonto was a big hit, but what turned it into a phenomenon was that it became wildly danceable too.

Likewise, the EAC has some big hits – the One Stop Border Posts (OSBP) initiative, the Kenya-Uganda-Rwanda Single Tourist Visa, the dramatic reductions in port delays at Mombasa, the increased ease of travel using IDs, and so on.

The problem is that they are not danceable. They are the sausage without the sizzle. In this day and age, when the distractions on social media are endless, the memorable things, and the ones that form their own reality, are the hashtags that trend.

The EAC’s problem then is not that it hasn’t done great things. Rather, it has done nothing that is hashtag worthy.

For something to be hashtag worthy, it doesn’t have to create 10,000 jobs. It just has to be razzle-dazzle.

Something insane, like a dance-off between Rwanda President Paul Kagame and Kenya’s Uhuru Kenyatta, would break the Internet and force an intensely East African conversation that would last months and drown out the news of wars, and the anti-free trade business practices that still plague the EAC.

But being insane, it won’t happen. Just as well.

So what is the sizzle that would increase the appetite for, or the perception, that regional integration is deepening?

The second, a little more complex, is to introduce a unified car registration. If you drive a Ugandan car registered in Kenya, or vice versa, you have to keep driving it across the border every few months to get stamps and such things, if you don’t want to change the registration. It really is madness.

The Europeans sorted this out by putting a little “EU” thing on national number plates. End of story. We should try that.

Looking ahead, instead of losing the region’s collective hair over a monetary union, the EAC central banks could borrow a leaf from Senegal, and introduce an East African crypto-currency. Senegal recently became the first country to issue a crypto-currency, the eCFA, in its case based on its national currency.

Because it is overseen by the West African Economic and Monetary Union, it is expected that it will soon be available in other West African countries.