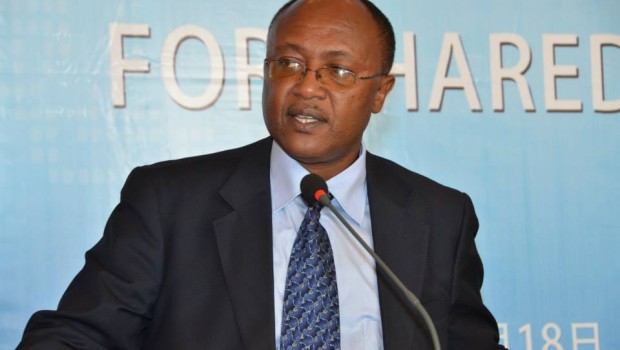 Nairobi  (HAN) November 4, 2014.  Talks about regional integration and moves to boost intra-African trading have become popular on the continent as stakeholders fully realize the economic goodies embedded in a totally connected Africa; in this spirit, members of the East African Community (EAC) are gearing up to the launch of a regional East African Internet Exchange Point (EAXIP), scheduled to go live next year.

EAXIP, as championed by the East African Communications Organization (EACO), will interconnect the EAC member countries via internet links in order to keep the region’s internet traffic local and further reduce the cost of internet services. The exchange point provides a physical network access area through which major network providers connect their networks and exchange traffic. With an exchange link of this kind, costs associated with traffic exchange between Internet Service Providers will be reduced as well.

Joseph Tiampati, ICT Principal Secretary disclosed some information suggesting that the countries have already started drafting policies, regulations and the necessary operational framework to ensure the smooth execution and running of the initiative which will first be implemented in five EAC countries before it is extended to seven other countries within the region.

“In a bid to support the growth of Internet Exchange Points (IXPs) within the country and beyond, the government of Kenya has already put in place several measures to promote the growth of electronic commerce and by extension, the growth of e-government services,” he said.

In addition to reducing the cost of internet connectivity, other benefits that should accrue from floating of this infrastructure will be improved privacy and cyber security, reduced connectivity latencies, increased bandwidth and internet penetration.

“The increased uptake of online services such as e-government services, e-commerce, e-banking, e-learning, e-health not to mention the world renown mobile money services are just a few of the areas that are increasing becoming the movers of our economies,” Tiampati further remarked during the Eastern Africa Regional Interconnection Policy and Regulatory Framework workshop in Nairobi.

The workshop, a sequel to the African Union-Eastern Africa Internet Exchange and Regional Internet Carrier Workshop that held in May, was held to review the alignment of policies and regulations while formulating a road map to establish policy frameworks and finalize cross-border policies by the EAC, EACO and the Intergovernmental Authority on Development (IGAD).

In line with the consensus reached at the end of the Internet Exchange workshop in May, further moves will be made to facilitate regional interconnection for the East African region.