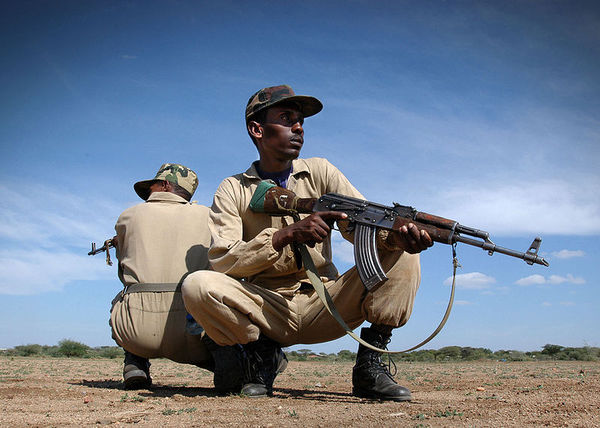 ADDIS ABABA (HAN) August 10.2016. Public Diplomacy & Regional Security News. By Zeraye Hailemariam. Historically, besides deploying peacekeeping forces, Ethiopia has been playing a critical role in stabilizing the volatile Horn African region. Particularly, after the EPRDF-led government took power, the country has been more consistently discharging its responsibilities in pacifying the Horn of Africa, which has for long been a war-torn region.

Since then, Ethiopia has formulated a robust foreign and national security policy and strategy which basically aimed at deepening and widening democracy and bringing about economic and social changes to get rid of poverty. The major objective of the policy is creating politically, economically and socially stable country where all citizens live equally and fairly without any discrimination. It also envisions to make the people of Ethiopia live harmoniously with their neighbours based on the principle of mutual coexistence.

The foreign policy firmly underlines that the main enemy of the country is poverty and hence all Ethiopians must get hand to hand to eliminate it. The policy is formulated with the conviction that its main objectives could not be achieved without the positive contribution of the neighbouring countries in particular and the international community in general.

Hence, it tends to treat all countries fairly and with a friendly approach, with the conviction that fact that integrated support has a paramount contribution to the effective implementation of the policies and strategies of the country. To be precise, Ethiopia’s foreign policy and strategy do not consider any country as enemy or a threat to national security. On the contrary, there is a tendency in the policy that any friendly country could contribute positively to Ethiopia’s development. This is because Ethiopia cannot develop or remain at peace if neighbouring countries do not play positive and supportive role. Hence, Ethiopia has been executing a foreign policy which safeguards mutual interest and togetherness.

Accordingly, Ethiopia has established a friendly relationship with all nations. Particularly, this has been demonstrated practically by the relationship the country established with its neighbouring countries with the exception of Eritrea, a country whose regime has been implementing a rigid foreign policy. Despite the Asmara regime’s continuous attempt to destabilize Ethiopia and sabotage its development endeavours, Ethiopia has been trying its best to treat Eritrea and its citizens equally with other neighbouring countries.

In this regard, for instance, the integrated development activities which Ethiopia initiated fifteen years ago with Djibouti have already started producing fruits. The trade and people to people relation, investment and cooperation in peace and security of the region have brought about meaningful results in pacifying Somalia and preventing Al-Shabaab from destabilizing the region.

The cooperation has also created strong trust and improved the well being of the two countries. It can also be taken as a model for the process of economic integration in the region. Ethiopia is said to have offered fresh drinking water and farming land to Djibouti, scarce resources in the latter. This enabled Djibouti to provide its people with wheat and water, basic necessities for survival. The bilateral cooperation have not stopped here. While Djibouti provides port service to Ethiopia, Ethiopia exports power to Djibouti.

This strong relations have unquestionably produced sustainable trust not only between the two governments but also the peoples of the two countries. That is the reason why it was managed to develop a sense of mutual cooperation and trust in peace and security issues, and kept the relations remain intact. The relation the two countries have developed over the years have been successful to countering the activities of terrorists groups in Somalia and hence stabilizing the country. This cooperation has been successful and was later taken as a model where Kenya followed the same road.

Then again, Ethiopia and Kenya have developed a well functioning relationship in the past years. That is why the boarder areas of the two countries remain peaceful and stable despite being vulnerable to insecurity. In the past, there was fear that the border clash among the pastoralist communities of the two countries would develop into war, if not handled well.

Yet the two countries responsibly managed to solve the issue in a civilized manner. Consecutively, a massive road constructions is under way to connect the ports of Kenya with Addis Ababa the capital of Ethiopia. This is believed to improve economic integration. Railway constructions are also planned to connect the two countries. Ethiopia is also finalizing the instalment of a transformer to export power to Kenya. This would help resolve power shortage in Kenya, while at the same time reducing air pollution. Ethiopia will also use Kenya’s ports to kindle and widen its ever growing diversified economy.

The terrorists in Somalia are labelled as a threat for the peace and security of the two countries. Hence, the two countries are cooperating strongly to get rid of terrorists and make sure that the Horn of Africa is a stable region. Thanks to this cooperation, the volatile region is recovering from its agonies.

The trade and investment relations of the two countries are also increasing from time to time. Their security cooperation is also growing. The mistrust that existed between the two countries, consequence of the policies of the previous regimes has gone away. The current mutual trust of the two countries has cemented the friendship and ties of the two brotherly peoples. The Sudanese people see Ethiopia as their second home and feel comfortable when they are in Ethiopia. Tourists are increasingly coming from Sudan to Ethiopia. The same is true for Ethiopians who see Sudan as their second home.

The peace, security, development and people to people cooperation with the above mentioned neighbouring countries have been playing an instrumental role in reducing tensions in the region. If properly sustained, this cooperation would make the region safe haven for the people living in it.

The only headache in the region is the Eritrean regime which is committed to district the peace and stability of the region. It has been causing to much pain on the peoples of Horn Africa. It openly refused to cooperate with neighbouring countries in peace and development. It is the source of mistrust in the region as it has been sponsoring terrorists in Somalia. It has isolated its own people both from the region and the international community and it has been indoctrinating the youth with its hateful policies. Isaias Afeworki has been executing this policy for two reasons of Eritrea followed this strategy for two reasons.

First, Isaias, the leader of the Asmara regime knows very well that it is impossible for him to survive in peaceful and democratic region. that is why he opted to disturb regional peace and stability – to prolong his stay in power. Second, if he opens the door and allows Eritreans see what is going on out side of Eritrea, he knows that the people would demand same progress in Eritrea and would make the regime under pressure. Therefore, he opted isolationist strategy to make his own people from seeing what is going on outside of Eritrea. Generally, the leaders in Asmara have done too much damage on both the people’s of Eritrea and the Horn of Africa.

On the other hand, the youngest state in the region, South Sudan has been indulged into devastating civil war since gaining its independence. The conflict would remain to be a burden for the region in the foreseeable future. Hence, international and regional organizations such as IGAD, AU, UN and EU should take the necessary measures to preventing the creation of another failed state in the region. A very quick adjustment must be taken in this regard.

Somalia is recovering from its 25 years of horror now. Somalia will soon join the regional integration effort initiated by Ethiopia to make the peoples of the region benefited equally.

The Ethiopian foreign and national security policy and strategy which is designed to stabilize Ethiopia and the region is now bearing fruit. It has been producing sustainable peace and mutual trust in the region. The peace keeping missions Ethiopia has been sending in Liberia, Burundi, Rwanda, Sudan and Somalia are also the manifestations of this policy.

The peace keeping missions deployed in these countries have not only brought about peace but also good people to people relations. This is in line with the United Nations Security Council effort to bring about peaceful coexistence. Ethiopia is committed to continue endeavours; however, it needs regional and international support to make full contributions.