Home frontpage EAC Traders to use Local Currencies Within Region 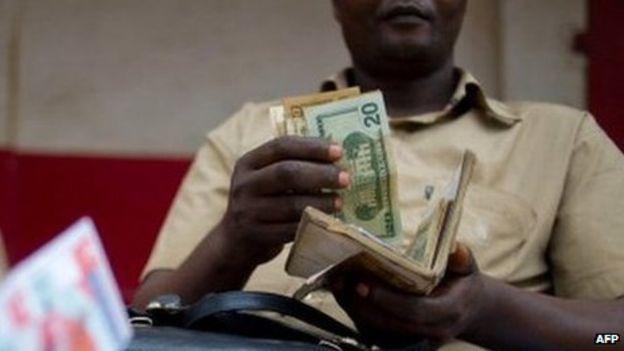 NAIROBI (HAN) July 30.2016. Public Diplomacy & Regional Security News. By JAMES ANYANZWA. The use of the dollar in regional trade is expected to fall after the central banks of the five East Africa Community member states agreed on direct convertibility of national currencies, to protect them from weakening against the green buck.

The move will enable traders transact without having to convert national currencies into dollars first as the central banks seek to cushion businesses from foreign exchange shocks that accompany dollar movements.

This will be the second major onslaught on the dollar in the region after the setting up of Chinese currency Renminbi — commonly known as the Yuan — clearing houses in key African capitals and the opening of individual yuan accounts by Standard Bank of South Africa which is 20 per cent owned by the Industrial and Commercial Bank of China (ICBC).

The central banks have already opened reciprocal accounts with each other, the basket from which payments of dues in a different currency are made.

“To facilitate the East African Payment System [EAPS] the central banks had to open a set of accounts in their respective jurisdictions,” a source privy to the operations of the EAPS told The EastAfrican.

This means that the Kenyan, Ugandan and Tanzanian shillings; Rwandan and Burundian francs will be freely inter-changeable.

Regional currency convertibility was one of the preconditions for the operationalisation of the EAPS launched in May 2014.

The reciprocal accounts are part of efforts by the East African monetary authorities to promote the use of regional currencies ahead of the implementation of a single currency under a Monetary Union by 2024.

“This project  is part of the  integration and  convertibility of  regional currencies before the monetary union.

The EAPS links the real time gross settlement systems (RTGS) systems of the central banks of Uganda, Kenya, Rwanda and Tanzania via SWIFT to allow transfers of funds in regional currencies.

Burundi is yet to join this arrangement as the country has not developed its own RTGS system, while the new entrant South Sudan which joined the EAC bloc in March this year is yet to catch up with its counterparts in regional development initiatives.

“It is an innovation to promote the use of regional currencies by making them easily convertible and reduce over reliance on the dollar,” the source said.

Previously a typical transaction involved the payer converting the money into dollars which would be sent to the payee through SWIFT.

Upon receipt, the payee would then convert the value into local currency. The transaction now involves the payer sending, through SWIFT at a fee of between $16.50 and $25 depending on the amount (in the case of Kenya) directly to the payee in the respective local currency.

This saves the recipient additional conversion costs. Under EAPS, money transfers will be pegged on the minimum fee.

The two-tier system, besides costing both parties more in terms of conversion costs also provided opportunities for arbitrage — margin trading in currencies — which monetary regulators have on occasion blamed for the weakening of local currencies.

The EAC system has edged past the Regional Payment and Settlement System (REPSS) of the Common Market for Eastern and South Africa (Comesa) in terms of easing transactions.

REPSS allows settlement of transactions in euros and dollar with reconciliation being done at the Bank of Mauritius. This eliminates the need for each commercial bank to have a correspondent bank in all 19 Comesa countries.

The EAPS aims to enable the public to send and receive payments in real time in Kenya shillings, Ugandan shillings, Tanzanian shillings, Rwandan franc and Burundian franc. All commercial banks in Kenya, Tanzania, Uganda and Rwanda are participants in the system.

Initially, money transfers throughout the region were done through international correspondent banks.

Convertibility of the East African currencies has been a major challenge to traders as regional central banks did not operate reciprocal accounts, meaning that traders had to rely more on buying and selling of the dollars.

The EAC integration policy is to create a single harmonised market in financial services which have seen member countries modernise and integrate payment and settlement systems to facilitate regional trade.

EA currencies have been under pressure from a resurgent dollar especially with the fall in the prices of primary commodities in the international market which have eroded foreign exchange earnings.

The East African Monetary Union (EAMU) Protocol which was signed by the Heads of State in Kampala Uganda on November 30, 2013 outlines a 10-year road map towards a Monetary Union in 2024.

The EAMU Protocol provides for the creation of a single central bank and a common currency for the region.
It specifies that the primary convergence criteria becomes binding by 2021.

These convergence criteria include overall inflation of eight per cent, fiscal deficit including grants (3 per cent of GDP), gross public debt (50 per cent of GDP in net present value terms) and a floor on reserve coverage of 4.5 months of imports.

In addition, the countries are expected to comply with three indicative requirements including a ceiling on core inflation of 5 per cent, fiscal deficit excluding grants (6 per cent of GDP) and the  tax-to-GDP ratio (25 per cent).