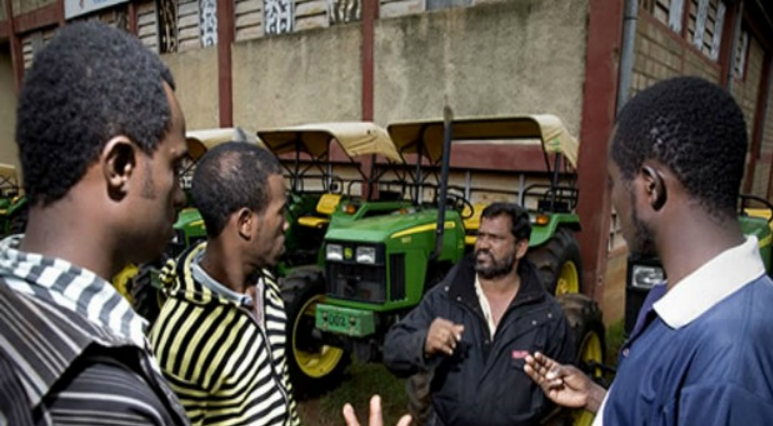 A Dutch-run flower farm in northern Ethiopia was among a series of foreign-owned plantations attacked by anti-government protesters as unrest in the country spreads.

A “large group” of people invaded Esmeralda Farms Inc.’s farm 13 kilometers (8 miles) south of Bahir Dar city in the Amhara region on Aug. 29, causing about 7 million euros ($7.8 million) of damage, country manager Haile Seifu said by phone Thursday. Flower farms in the area owned by Israeli, Italian, Indian and Belgian companies were among nine commercial properties damaged in the protests, which continued on Aug. 30, he said.

“They were so aggressive, there were also soldiers who couldn’t control them, so we just ran away, as it’s life or death,” he said from the capital, Addis Ababa. “They came actually at once through our compound, through our fence, through our main gate, so everybody left.”

Authorities in Ethiopia have killed more than 500 people since June, according to human-rights groups, to suppress protests by the two most populous groups, the Oromo and Amhara. Analysts say the demonstrations present the biggest challenge to the government’s authority since it came to power a quarter of a century ago. The economy grew faster than any other in Africa over the past two years, International Monetary Fund data shows.

Nigusu Tilahun, a spokesman for the Amhara government, said he wasn’t immediately available to comment, while a call to Communications Minister Getachew Reda wasn’t answered.

Militias are also clashing with the army in parts of Gojam and Gondar areas of Amhara, with 10 people dying Wednesday in Metemma on the Sudan border, and four in Debark to the north of Gondar city, said Yared Hailemariam, executive director for the Association for Human Rights in Ethiopia, which is based in Belgium.

The military is also patrolling Bahir Dar and shooting at protesters, he said by phone from Brussels. Unless the government changes its approach, the unrest may worsen, he said.

“In both Oromia and Amhara region people are saying enough is enough,” Yared said. “They are demanding regime change.”