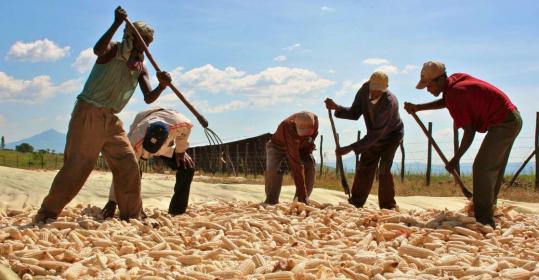 Non-oil trade between Dubai and Ethiopia in 2014 was valued at just over $470 million which is an increase of 6% over the previous year.

Over 30 business representatives, led by Shisema Gebresilassie, Head of the Addis Ababa City Government Trade and Industry Development Bureau and Getachew Regasa, Secretary General, Addis Ababa Chamber of Commerce and Sectoral Associations, recently met with representatives of the private sector in Dubai. They were hosted by the Dubai Chamber of Commerce and Industry. (DCCI).

Atiq Juma Nasib, the DCCI Senior Vice President, Commercial Services Sector, said, “Dubai is a gateway for African entrepreneurs to international markets, including those across the Middle East, Europe and Asia.”

He said, “On its part, Dubai Chamber is actively seeking ways to develop mutually beneficial business relations with key global partners. The markets of Eastern and Southern Africa are important to us. They have strong potential across a number of industry sectors, particularly trade and tourism.

“This is why we opened our second international office in Addis Ababa in 2013, to bring our business communities closer together and to increase two-way business and investment between our two destinations.”

It was suggested that UAE could benefit from Ethiopia’s agricultural and organic products in addition to expanding halal food investments. Ethiopia is a big beef exporter to the Gulf states.

Besides seeing Dubai as a major gateway to other markets, the Ethiopians were asked to take advantage of the UAE’s expertise in developing different economic sectors in light of the enormous investment opportunities, growing economic development and the peace and stability Ethiopia enjoyed.

Dr. Abdulkadir Risku, the Ambassador Extraordinary and Plenipotentiary, Embassy of Federal Democratic Republic of Ethiopia in UAE said, the bilateral relations between the two countries flourished after the opening of Dubai Chamber’s representative office in Addis Ababa.

Gebresilassie said, “Ethiopia is becoming one of the most stable and preferred investment destinations in the world thanks to the generous investment incentives introduced by the government and the five-year growth and transformation plan; transforming the agriculture dominated economy into industry.” busiweek