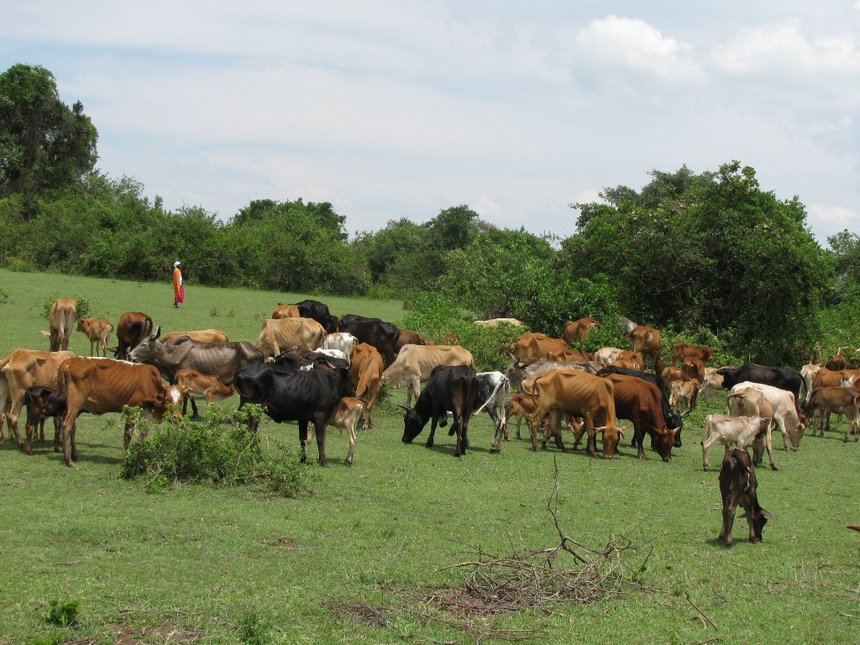 NAIROBI (HAN) July 8.2016. Public Diplomacy & Regional Security News. By Anthony Langat. As a boy, Abdirahman Hillole Musa would spend long hours roaming the scrubland of Kenya’s northeast with his father’s cows and goats, often venturing into neighbouring Ethiopia and Somalia in search of fodder for the animals.

At the best of times, grazing land is in short supply in this arid corner of Kenya dotted with thorny bushes, but in times of drought it is even scarcer – with devastating consequences for pastoralists.

“In those days, we could lose a lot of livestock since some died on the way due to the long distance and lack of pasture,” Musa recalled.

Last month, the 50-year-old was among a group of men arranged on the verandah of the area chief’s office, away from the burning glare of the sun.

Engrossed in discussion, they discussed not lack of pasture for their livestock, but a more pressing matter: lack of storage for the hay they’d baled.

More than a decade ago, Musa, now 50, and other farmers in Bula Haji, in Mandera County, attended a government training course on crop irrigation where they learned how to plant, harvest, dry, bale and store hay.

They now plant grass to feed their animals during long dry seasons and during droughts, which are more frequent and harsher due to climate change. Some now make a living selling their surplus hay to the government and other farmers.

Good hay harvests have left them with an unusual problem: lack of storage.

Since learning about irrigation techniques, Musa, a tall, turban-clad man, has grown Sudan and Columbus grass and has never run out of hay for his eight cows and 40 goats.

“I plant maize, beans and vegetables which I sell but I store the grass to feed my livestock. They fatten and when I sell them they fetch a better price,” he said.

Up to 1,500 farmers living along the River Daua are using irrigation to produce hay, according to the National Drought Management Authority (NDMA), a state body set up in 2011 to coordinate drought management in arid areas.

“There has been huge adoption by farmers in the recent past and right now there isn’t a single parcel that is not under cultivation along the river,” Hussein Mohamed, the authority’s county drought coordinator, told the Thomson Reuters Foundation.

Every three months, the NDMA provides training on different farming methods on a government farm in Mandera. Guidance on crop irrigation is considered a priority subject, especially for farmers living along the River Daua. At least 100 farmers are trained at a time.

“This is an arid area and our people are generally pastoralists, so crop irrigation is new to them. They are taught to plant grass and make hay so that they can have enough feed for their livestock in drought,” said Mohamoud Adan, who manages the government farm.

The drought management authority provides five kilos of seeds to first-time grass farmers in order to motivate them. When there is a drought, the farmers also receive fuel.

Some farmers like Abdi Mohamed Haji, 60 are already buying their own fuel and extra seeds. “I get five kilos from the NDMA and I buy five more so that I can plant on one acre,” Haji said.

He has 400 bales of Sudan grass from his March harvest in a communal storage facility in Bula Haji.

Unlike Musa, Haji, who has seven camel and 50 goats, sells most of his hay.

The River Daua usually dries up between December and February. Recognising that it is during this dry season that stored hay is most needed, the drought authority buys hay from farmers at between 450 shillings and 500 shillings a bale to distribute to farmers in other parts of Mandera.

NDMA’s Mohamed hopes that, in the long run, the agency will not have to distribute hay free of charge to those in need of it. With more funds he said, the authority would like to build dams across Mandera County, to help farmers practise irrigation in the hinterland too.

When the dry season ended earlier this year, Haji and Musa planted their Sudan grass and harvested it six weeks later. After the March harvest, the river burst its banks and flooded many farms.

But this time the father of 11 is optimistic he can recover and make ends meet by selling hay, not his animals.

“I do not have to sell my camels to pay school fees for my children. I make enough from selling hay,” Haji said.