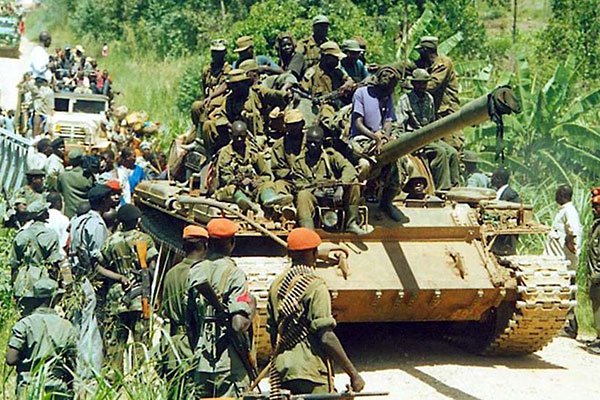 The International Court of Justice is reopening a 14-year-old case in which it ordered Uganda to pay the Democratic Republic of Congo $10 billion, after repeated pleas by Kampala for a review of the award.

The ICJ, which sits at Peace Place in The Hague, in the Netherlands, has fixed the first round of the public hearing from February 18 to 20. A second round is slated for March 21 to 22.

The case is around Uganda’s military activities in the Congo between 1997 and 2003.

“The International Court of Justice, the principal organ of the United Nations, will hold public hearings on the question of reparation in the case concerning armed activities on the territory of the Congo,” reads a notice from the court.

Kampala has maintained its innocence over accusations by Kinshasa that Ugandan soldiers looted the country during their presence there. Kampala also protests the $10 billion award, saying it is excessive and that the government was never given the opportunity to defend itself against the accusations.

Uganda has argued the amount awarded was not justified as a response to what it calls DR Congo’s “wild accusations.”

There has been renewed pressure by the ICJ on Uganda and DRC to settle the matter. But as the case comes up in the next two weeks, Kampala says it is going to convince the court that the talks should continue because Kinshasa has failed to establish the claims.

“For us to accept the claims, they have to prove how they came to that figure,” said junior Foreign Affairs Minister Okello Oryem.

The late Laurent Kabila came to power in Zaire (now DRC) in 1997, with the help of Uganda and Rwanda, whose forces had been present in the Congo on the invitation of Kabila. However, the relationship between Uganda and DRC fell apart in July 1998.

In August 1998, president Kabila ordered all foreign forces to leave the country. When the countries failed to withdraw, the new president sued Uganda at the ICJ for alleged invasion.

Uganda argued that its military’s presence and activities in DRC were, for the most part, based on an invitation and were authorised by the Congolese administration. It further argued that its presence in DRC was legal until September 11, 1998. Thereafter, its presence was in self-defence until July 10, 1999. But its troops made a final withdrawal in 2003.

In the 1999 suit, DRC accused Uganda of occupation, abuse of human-rights, engaging in military and paramilitary operations, providing financial and logistical support to covert groups fighting the Kinshasa regime and looting of natural resources.

DRC sought orders against Uganda for reparation and guarantee of a non-repeat of the acts. The petition was successful.

Uganda lost the case in 2005 and DRC’s lawyers argued for a reparation figure of $10 billion which was awarded. However the court asked the two parties to get together and come up with a figure that is agreeable to both because Uganda protested the claims.

Since 2014, the two countries have been involved in discussions. When the parties returned to court in November 2016, Uganda asked for 16 months to translate DRC’s voluminous documents, which were written in French.

The two countries have been holding that dialogue in South Africa. While no conclusion has been reached, Mr Oryem explained that DRC had agreed to revise the claims downwards, although he did not give the revised amount.

“We have been meeting in South Africa, but none of the issues that we discussed regarding reparation has been agreed upon. We have said we shall pay nothing because we do not believe that we should pay,” said Mr Oryem.

Even though the two countries normalised diplomatic ties years ago, it is unclear how DRC will react to Uganda’s latest revelation.

Since diplomacy was restored, the two countries have been in talks over joint infrastructure projects like the pipeline for crude oil exports and joint efforts in cross-border natural resources exploitation