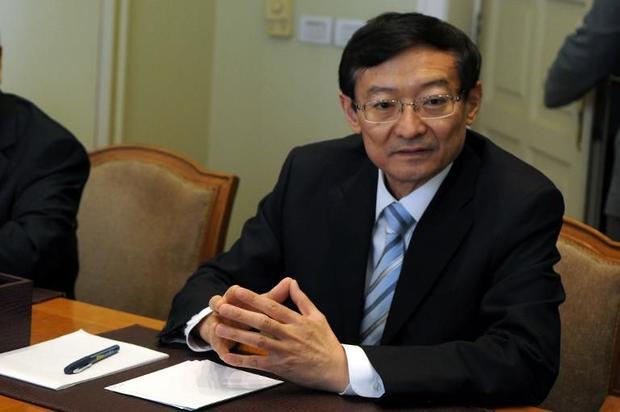 ADDIS ABABA (HAN) June 26.2016. Public Diplomacy & Regional Security News.Foreign Minister Dr. Tedros Adhanom held discussions with Mr. Zhang Ming, Vice Minister of Foreign Affairs of the Peoples Republic of China on Saturday (June 25, 2016). Discussions focused on ways of further strengthening the already excellent relations between Ethiopia and the Peoples Republic of China. As part of expanding the bilateral cooperation, the two sides discussed on a range of issues, including the development of industrial parks along the A.A-Djibouti rail way corridor, and the financing of the Mekelle-Weldya railway project.

On the occasion, Foreign Minister Dr. Tedros mentioned the feasibility of the Mekele-Weldya railway project and its important contribution to the economic development of the country’s northern corridor. In such score, the Minister called for the continued support of the Government of the Peoples Republic of China. He further underscored on the need to encourage Chinese companies to invest in Ethiopia in accordance with the Production Capacity Cooperation agreement signed between the two countries.

Mr. Zhang Ming, Vice Minister of the Foreign Affairs of the Peoples Republic of China noted that his country is keen to work with Ethiopia to enhance the multifold bilateral relations. The Vice Minister who welcomed the proposed areas of bilateral cooperation stressed that his government has already earmarked Ethiopia as the first priority destination for Chinese investors.  The Government of the Peoples Republic of China is committed to encourage Chinese companies to invest in Ethiopia, particularly along the economic corridor of the A.A-Djibouti railway, he added. The two sides further discussed on various regional and international issues of mutual concern.