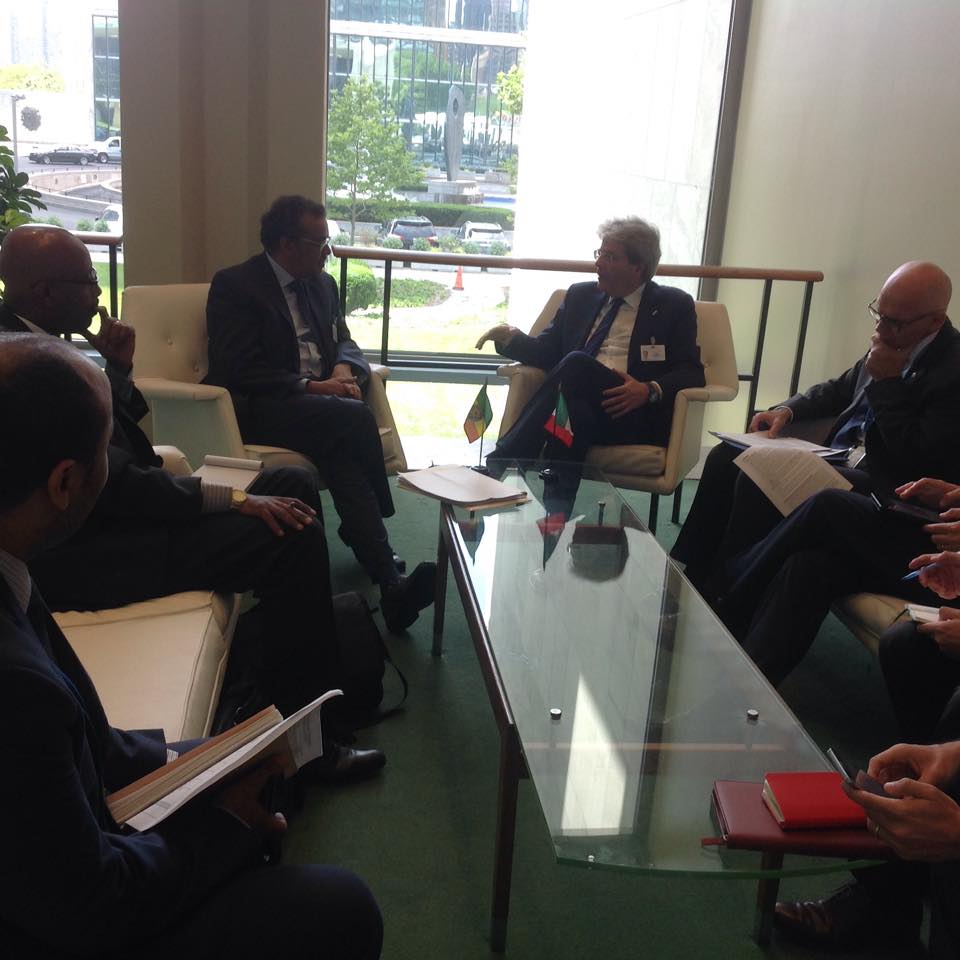 Foreign Minister Dr Tedros discussed with his Italian counterpart Paolo Gentiloni in New York today(June 27,2016) . The two sides’ discussion by and large focused by on regional peace and security matters.

Discussing developments in Somalia, the two sides appreciated the progress made in preparations for the national elections. Dr Tedros noted that there is substantial progress in Somalia with the formation of regional states and advances made in stabilizing Somalia. He in particular stressed on the importance of supporting regional formation emphasizing the point that the establishment of the regional states would help a lot in ensuring participation of the populace in peace building efforts.

Highlighting that Alshabaab has lost significant territory, he said, ” Alshabab’s hit and run and in general asymmetric combat tactic are all indications of weakness and desperation .”He said, AMISOM troop contributing countries decision to coordinate command and control of military operations was a significant step in the fight against Alshabab and other extremist elements.

Discussing the challenges, he stressed on the need for a more strong support to AMISOM particularly in making the financial support predictable and sufficent. He said” It is important to note that the ultimate sacrifice being paid AMISOM is not only vital to regional peace but also to the global security. “He added “the EU and the UN and other major donors should stand behind AMISOM in making the finance reliable to build on the gains made thus far in the fight against Alshabab.

Paolo Gentiloi for his part chimed with the view that Somalia is progressing despite challenges of all sorts.He said, “thriving business in Somalia amid security challenges highlights that Somalia is changing for good. “He assured that Italy will work towards a robust EU support to AMISOM to make the finance predictable and more secure.