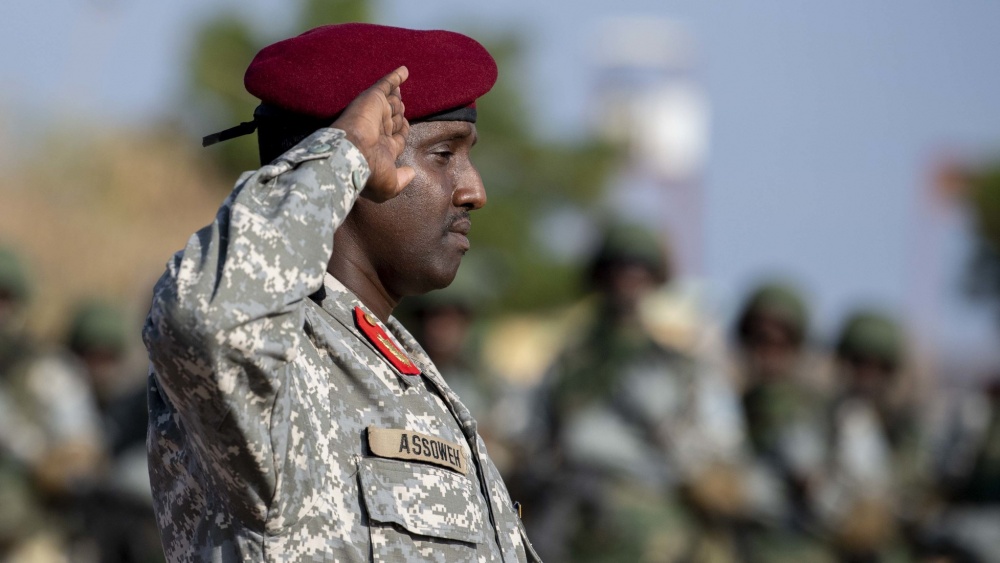 The RIB’s mission is to serve as a reactionary force to accomplish specified tasks directed by their higher command in the Djiboutian army.

“The RIB is the first [Djiboutian Armed Forces] (FAD) Special Force that the Government of the United States of America has agreed to fully support…” said Djiboutian Army Lt. Gen. Zakaria Cheikh Ibrahim, chief of general staff of the FAD, during the change of command. “I would like to thank the team of American instructors who spare no effort to transmit their knowledge to the soldiers of the RIB.”

“We at CJTF-HOA work to facilitate programs that support the development of capable, professional African partner military forces,” said U.S. Army Maj. Gen. Michael D. Turello, commanding general of CJTF-HOA. “Our continued commitment to the training and equipping of the RIB is an important part of that development. We look forward to working with the incoming commander and wish the outgoing commander luck.”

The RIB is a by-product of AFRICOM’s commanding general working with the Djiboutian Chairman of Defense to maintain partnerships in the region, said U.S. Marine Corps Capt. Adrian Lopez, RIB project officer assigned to CJTF-HOA. The idea is to have an elite Djiboutian military unit that is trained and equipped by the U.S. military.

“As I address all officers, non-commissioned officers and non-commissioned members of the RIB,” said Zakaria. “I urge you to show exemplary leadership, cohesion and unfailing discipline and always keep your unity spirit in mind.”