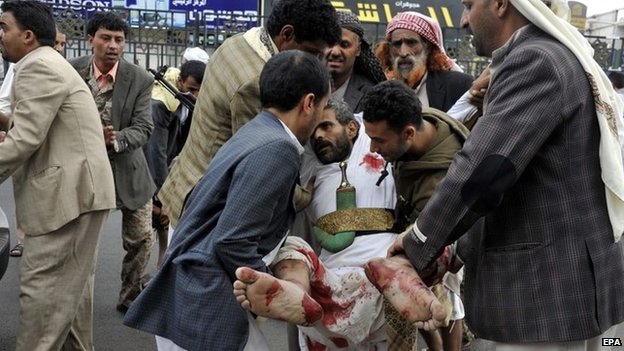 Djibouti (HAN) February 14, 2015 – Public Diplomacy and Regional Maritime security News. The U.S. Embassy’s closure has also forced the CIA to pull out dozens of personnel, including senior operatives who were working with Yemen’s government against Arabian  terrorist groups in the region.

The US ambassador, Jamal Benomar told the U.N. Security Council that the instability in Yemen and Red Sea is creating conditions for Sunni extremist terror groups to occupy access controls of Eritrea, Djibouti and Sudan.
The success of the Iran-backed Houthis has proven to be a benefit to Iranian strategy to control red sea supply lines.