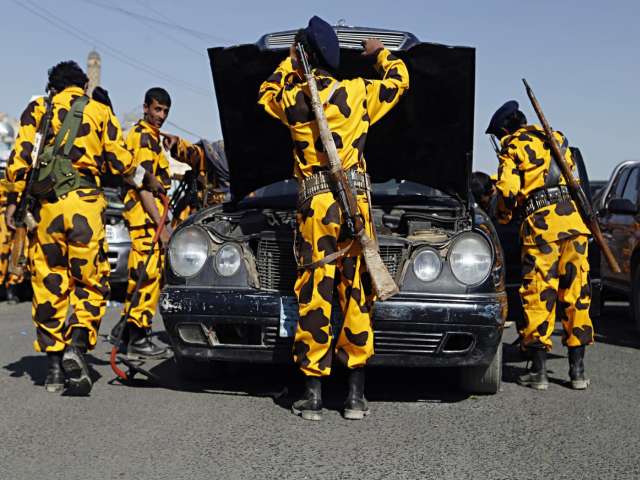 Djibouti (HAN) February 16, 2015 – Public Diplomacy and Regional political news. By. Harun Yahya. The security council had discussed a draft resolution on the Yemen issue on Sunday evening in New York.

Yemeni neighbours warned that if the world failed to act against the Shia rebels who have toppled the Yemeni government, the Gulf Cooperation Council (GCC) and Other regional Horn of Africa  partners would take whatever action it deemed necessary to maintain regional security and stability.

Yemen locates an strategic place in the Arabian peninsula regions, has enormous geo-strategic importance. The country lies to the east of the Horn of Africa, which includes Ethiopia, Somalia, Eritrea and Djibouti, on one  of the world’s busiest trade routes, and of the Mandeb Strait. It represents a link between Africa and Asia. It also opens onto the Red Sea, which links the East to the West, the Arabian Sea and the Indian Ocean. The port of Aden lies on one of the world’s busiest maritime routes.

The popular anti-regime uprisings in the Arab world that began in December 2010 were without doubt the most important events of the present century.

Following a university graduate’s working as a street trader burning himself to death because of unemployment and economic difficulties, street protests broke out in Tunisia and in no time spread to other Arab countries. This led to the fall of oppressive and authoritarian regimes, and the whole region entered a period of transition. Major conflicts broke out in some countries, while others made progress, albeit slow, on the road to democracy. Yemen is the country that has hung furthest behind in the process, now in its fifth year. Ali Abdullah Salih, who had ruled the country for 33 years, was overthrown, but there was not the slightest change in the severity of the domestic conflicts and instability in the country. The country, once one of peace and happiness, continues to struggle to survive in a state of poverty, division and fragmentation after the revolution just as it did before it.

Although Yemen possesses a number of strategic advantages, the region is a difficult one to bring under control because of its social structure. Separatist movements that emerged after the unification of North and South Yemen also being added to climate of turmoil caused by various tribal, ethnic and religious groupings brought the disorder in the country to a peak. The unification of North and South in 1990 had been expected to strengthen the country, but its political, social and economic problems actually worsened. A rapidly rising population, poverty, corruption, unemployment, inflation, the consumption of natural resources, the water problem, as well as sectarian, ideological and historical divisions, ethnic-separatist Houthi unrest, intertribal fighting and the increasing strength of al-Qaeda, which has been actively present in Yemen since the 1990s, all brought the country to the point of collapse. Social and ideological unrest since August 2014, domestic conflicts and uprisings aimed at removing the president once more led to Yemen appearing on the global agenda.

The absence of President Abdurabbu Mansur Hadi and Prime Minister Khalid Mahfuz Bahhah, who left office with the Houthi uprising, has led to enormous political uncertainty in the country. Under the constitution, the speaker of the parliament should deputize for the president, a date for new elections should be set within 60 days and a new president should be elected within 90 days. However, Parliament has still not met after the resignations, and this is heightening the political uncertainty. The Houthis, depicted as responsible for the tension in the country as a whole and accused of carrying out a coup, recently said that they will declare a constitution that will shape the administration of the country, that a national assembly will be established instead of the parliament and that this assembly will select the head of the council of ministers. We hope that Yemen will be able to emerge from this situation, in which new political developments are taking place by the day and which began with the removal of the elected president and prime minister, and that it will thus make permanent progress on the road to democracy.

The fact is that for hundreds of years the people of Yemen have suffered and lived in an unhappy and backward state due to problems stemming from hunger, poverty, sectarianism and tribalism and many other domestic and external difficulties. What the people of Yemen long for most of all is an end to the climate of tension and insecurity and the dawn of a period of stability. Everyone in Yemen, be they Shiites, Sunnis or Zaidis, or even non-believers, wants a more peaceful and tranquil life. The country’s most urgent need is a conception of governance in which everyone benefits equally from democracy, in which human rights and individual rights and freedoms are respected, which is inclusive and which treats everyone with love and tolerance. At this point, the people of Yemen also have major responsibilities, of course. The most pressing of these are to act as one to preserve the country’s social integrity, to abandon the spirit of conflict so their country can achieve prosperity, peace and stability, and to collaborate in a spirit of friendship and brotherhood in the light of the national interest, rather than of ethnic, sectarian or individual ones.

Internal peace can only come when these conditions are met. Social peace and stability will develop much more easily once a spirit of union and unity has been established, and all the country’s problems can then be resolved on the basis of compromise. We hope that Yemen will soon unite in love and brotherhood, that it will thus achieve the peace and security it deserves and that it will begin to take sound and determined steps in the transition to democracy.