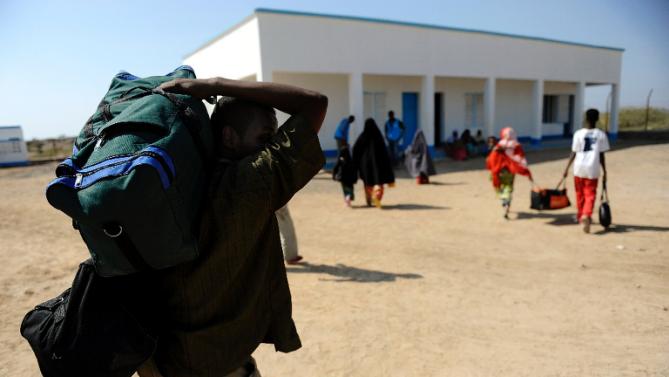 Djibouti (HAN) April 14, 2015 – Public Diplomacy, Regional Gas and Maritime security News.  The Yemen’s liquefied natural gas (LNG) plant said.  LNG management has declared force majeure due worsening security and has halted all production at the plant.  Some of the Yemen’s liquefied natural gas (LNG) staff arrived in Djibouti and told Geeska Afrika Online that, plants and productions supplies has stopped, since international staff has already evacuated from Yemen. Staff and people have crossed the Gulf Aden to Djibouti in just 10 days.

The term ‘force majeure’ is used to describe a situation where both parties in a contract are freed from liability or obligation due to extraordinary circumstances including war.

The company said in a statement on its official Gas website.

“Due to further degradation of the security situation in the vicinity of Balhaf, Yemen LNG has decided to stop all LNG producing and exporting operations and start evacuation of the site personnel.”

As a result, it has declared force majeure to its various stakeholders, it added.