Home Daily Security Briefing Djibouti: Who does Control the Peninsula? 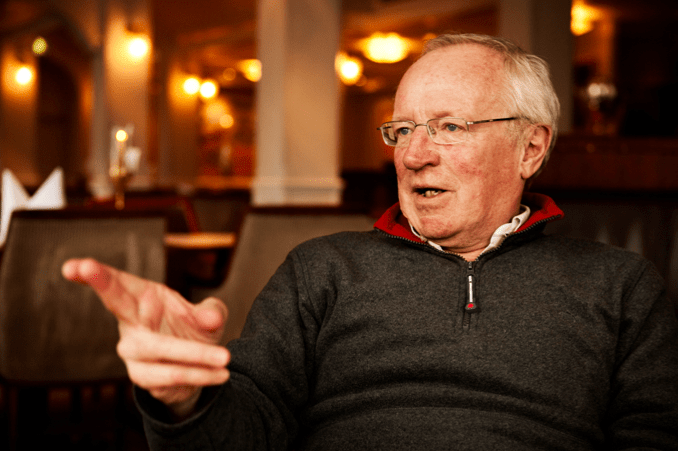 Djibouti (HAN) July 21, 2015 – Public Diplomacy and Regional Maritime Security News – By. Robert Fisk is The Independent’s multiple award-winning Middle East correspondent, based in Beirut., “What a choice for Egypt – a megalomaniac president or the madness of Isis.”

Egypt is following the path of so many other countries that are being torn apart. If you torture your people enough, Isis will germinate in their wounds.

The images of an Egyptian gunboat exploding off the coast of Sinai last week were a warning to our Western politicians. Yes, we support Egypt. We love Egypt. We continue to send our tourists to Egypt. Because we support President Field Marshal Abdel Fattah el-Sisi – despite the fact that his government has locked up more than 40,000 mostly political prisoners, more than 20,000 of them supporters of the Muslim Brotherhood, hundreds of whom have been sentenced to death. The Egyptian regime continues to pretend that its Brotherhood enemies are the same as Isis. And Isis – in its dangerous new role as the Islamist power in Sinai – has killed hundreds of Egyptian troops, more than 60 of them two weeks ago, after which a military spokesman in Cairo announced that Sinai was “100 per cent under control”. However, after last week’s virtual destruction of the naval vessel, we might ask: who does control the peninsula?
Yet, while the biggest battle is fought in Sinai since the 1973 Arab-Israeli war, we psychologically smother this conflict with our fears about Iraq, Syria, Libya and Yemen. So relieved are we in the West that a secular general has replaced the first democratically elected president of Egypt that we now support Sisi’s leadership as benevolently as we once supported that of Mohamed Morsi of the Muslim Brotherhood. The Americans have resumed arms supplies to Egypt – and why not when Sisi’s men are fighting the apocalyptic Isis?

To Egyptians, though, it all looks a bit different. They are being treated to Sisi’s almost Saddam-like mega-mind. This includes his grotesque ambitions for a new super-capital to replace poor old Cairo, to be completed in a maximum of seven years, not far from the new two-lane Suez canal which must be finished – and those who know Egypt will literally gasp here – in a maximum of 12 months. The “new” Cairo is going to be 700sqkm in size and will cost £30bn. The unveiling of this preposterous project a few weeks ago was accompanied by none other than our own Tony Blair, who used to be a British prime minister but is now (among other burdensome chores) advising the Egyptian president through a UAE-backed consultancy.

This “spendthrift dream of modernity”, as the American writer Maria Golia puts it, betrays an indifference to Egyptians’ real interests. Over 60 per cent of Cairo – the real Cairo that exists today – was built in the past few decades and is spread across miles of tree-bald rotting concrete estates of poverty and heat. Its thousands of newly developed villa-suburbs high above the city are largely empty; no one can afford to purchase them.

Could there be a better environment for Isis?

So let’s take a brief look at Sisi’s real Egypt. Rather than rejuvenate the weary, fetid city that Cairo became under the British and then King Farouk and then Nasser and then Sadat and then Mubarak, Sisi wants to start all over again. There is already a New Cairo outside the original Cairo – it was constructed as an expansion of the city under Sadat and Mubarak – so Sisi’s megalopolis will be new New Cairo, a second attempt to alleviate social failure.
The President need not worry too much about industrial disputes in his fantasy city. The Egyptian Supreme Administrative Court has made strikes illegal on the grounds (Brotherhood-like) that practising the right to strike – albeit legalised under Article 13 of the Egyptian constitution – “violates Islamic sharia”. The court has already “retired” three civil servants and imposed penalties on 14 others for striking in the governorate of Monufia, arguing that withdrawing labour “goes against Islamic teachings and the purposes of Islamic sharia”. Under Islamic law, the court announced with almost Isis-style formality, “obeying orders by seniors at work is a duty”. This was a very weird ruling. The teachings of the Prophet forbid alcohol consumption (mercifully, for millions of Muslims, cigarettes had not been invented in the seventh century), but trade unions would have been incomprehensible in any ancient caliphate.

Not that the Egyptian government has much to worry about from its officially sanctioned unions. Gebali al-Maraghy, chairman of the Egyptian Trade Union Federation, declared in an interview with Al-Musry Al-Youm newspaper that “our task is to carry out all the demands made by the President … increasing production and fighting terrorism”. Former deputy prime minister Ziad Bahaa Eddin found the court’s ruling absurd. “Didn’t we demonstrate against the constitution drafted by the Muslim Brotherhood because it attempted to mix religion with the state?” he asked.

True. Indeed, we in the West are now encouraging a very familiar “new” state in Egypt: paternalistic, dictatorial, haunted by “foreign” enemies – it’s only a matter of time before the Egyptian government declares Isis an arm of Mossad – in which an ocean of poverty is regarded as the very reason why ever more draconian laws must be used against free speech. The people want bread, we are told, not freedom; security rather than “terrorism”.

Egypt is, in fact, following the path of so many other countries that are being torn apart by Isis. For, if you torture your people enough, Isis will germinate in their wounds.

Thus Sinai is now as much under the “control” of Isis as it is of Egypt. The Cairo bomb that assassinated President Sisi’s chief prosecutor proves that Isis operations have crossed the Suez Canal. And even the Egyptian navy can be attacked.

Was there ever a more potent symbol of our choice? Between the devil and the deep blue sea.