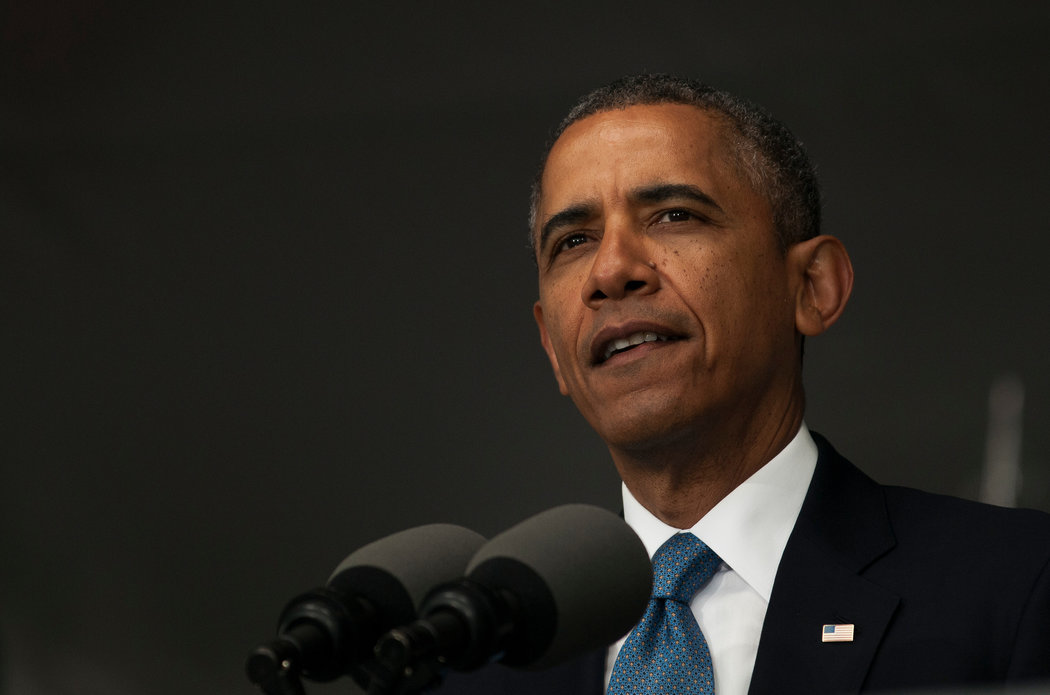 Headline: The Federal Government’s First significant victory to recapture the major key town of Toratorow – Alshaab base
Somali National Army (SNA) and supporting foreign forces have retaken the key town of Toratorow in Lower Shabelle region from Al shabaab militants. Toratorow town is about 90 kilometers (55 miles) southwest of Somalia’s capital, Mogadishu, and its capture means big blow to Al-Shabaab militants in the southern Lower region, according to SNA chief of Staff (CDF).

2- Drought-stricken Ethiopia needs an inclusive emergency response
An estimated 10.5 million Ethiopians of all ages are struggling to bring in an income. They face health problems, have difficulty accessing water supplies and are not getting enough food to eat.

Ethiopia’s Federal Government is striving to mobilise support for its distressed population. In light of the severity of the situation, HelpAge International is joining the push and working hard towards addressing the needs of the most overlooked segment of the population – the older women and men of Ethiopia and their families.

“Droughts aren’t uncommon here. When they did happen, they never lasted longer than a year, and we always managed to recover,” said Galgalo Aweti, 90, from Cheffe Jilla village in the Ziway Dugda district.

“This drought has been going on continuously. Recovery seems impossible.”

How will the emergence of Turkey’s Binali Yıldırım as the country’s latest prime minister affect Turkish foreign policy?

According to what can be seen as the Davutoğlu doctrine, Turkey’s inheritance of a centuries-long and continents-large Ottoman legacy made it very difficult for the country to be a passive observer of the political shifts in its former territories…indicative of a Turkish foreign policy shift in the Middle East: supportive of anti-government forces in Syria, very critical of Israel and the post-Morsi regime in Egypt and struggling for influence in the Middle East.

Reality: Russia’s presence in Syria seems to be weakening Ankara’s insistence on the removal of Assad by force and unearthing voices that favor a negotiated Syria settlement, which includes Russian priorities.”

4- AFRICOM Challenges: Plans for an EU army are being kept SECRET from British voters until after the day after the referendum
From Detailed plans for an EU army have been drawn up secretly in Brussels but will not be made public until the day after Britain’s referendum, it emerged today. A British MP, Tewekesbury from Laurence Robertson said the threat of an EU army had been hanging over Britain since the 1990s Maastricht Treaty.  The EU Military plans involve establishing a military headquarters and are backed by Germany as the first step toward creating an EU army. Officials have kept the Global Strategy on Foreign and Security Policy under lock and key and officials working on them are only allowed to make hand written notes while reviewing the material in a specific room.

They must leave all phones and computers outside but diplomats’ notes were leaked today.

The former UK chief of the defence staff Field Marshal Lord Guthrie of Craigiebank said: ‘It is silly to have a duplication of NATO… We want to spend the money on defence, not bureaucracy.’

Update: Extracts from the proposals seen by the paper reveal diplomats insist ‘security and defence is where a step change is most urgent’ in the EU. The Intel documents, drawn up by EU foreign policy chief Federica Mogherini, reveal officials believe ‘in turbulent times, we need a compass to navigate the waters of a faster-changing world’.

The urgency of promoting social justice in Africa as the best firewall against the spread of extremism grows daily, as we witness increasing terrorist attacks on soft targets in African cities – Mogadishu, Bamako, Ouagadougou and Grand-Bassam.

The US’s strategy in Africa combines military interventions overseen by the US Africa Command – including drone reconnaissance and small-scale special operations. This is accompanied by USAID’s social development initiatives to improve quality of life and foster civil society. In this policy scheme, Africa is seen as a patchwork of nations in need of humanitarian aid and military assistance.

When leaders do not protect the people’s interests and resources are extracted without taxing and sharing the revenues, a sentiment of dispossession can emerge that can be destabilising. And evidence shows extremist groups are more successful at recruiting new members among disaffected youth, the poor and unemployed in Nigeria, Somalia, Chad and Mali.

The Government Accountability Office has released a report that shows the government spends billions of dollars each year to maintain old, obsolete information technology. The DOD’s system for emergency messages to nuclear forces, for example, runs on 1970s-era computers and uses ancient eight-inch floppy disks. The report noted, fortunately, that DOD started a full systems replacement in March that should be finished by 2020. The floppy disks will be replaced with secure digital cards by 2017. But the main conclusion still stands: too much money is spent on useless tech. The government spent $80 billion on tech in 2015, of which $61 billion was used to maintain aging IT infrastructure. These numbers have increased since 2010 because maintaining old systems is expensive when they require outdated expertise to operate. the report criticized the federal government, specifically the Office of Management and Budget, for not setting specific targets for targeted spending on things such as cloud storage or shared services. The report made dozens of recommendations, including calling on the Office of Management and Budget to finish guidance that will require agencies to identify IT that needs to be replaced or modernized.

7- U.S. Says Its Strikes Are Hitting More Significant ISIS Targets
Military officials say they have fixed the poor intelligence collection practices and ineffective process for identifying Islamic State targets that initially hindered the campaign, and are now hitting more significant targets in the terrorist group’s network. The destruction in recent months of these targets, such as oil rigs and secret cash coffers that finance the group, has seriously damaged the terrorist organization’s ability to pay its fighters, govern, and attract new recruits, according to officials. “We’re hitting them where it hurts a lot more than we were in the past,” said Lt. Gen. Charles Q. Brown Jr., the air war commander. “Every bomb now has a greater impact.” The Pentagon estimates that the coalition’s land and air operations have reclaimed 45 percent of the territory the Islamic State seized in Iraq in 2014, and 20 percent in Syria. The United States has increased the number of spy planes and other surveillance aircraft over Iraq and Syria over the past year, and has upped the number of targeting specialists assigned to the mission as well. “We do have a much better sense now for what this enemy looks like, how this enemy operates and how they’re structured,” said Col. Steve Warren, the military’s chief spokesman in Baghdad.

8- China Reportedly Will Send Nuclear-Armed Submarines to Patrol Pacific
According to a published report, the Chinese military plans to send submarines armed with nuclear weapons to patrol the Pacific Ocean for the first time. Recently, Chinese officials publicly praised U.S. President Barack Obama’s move to lift a decades-long arms embargo against Vietnam. However, an opinion piece in a state-run newspaper warned that any attempt to enlist Vietnam in an effort to contain China “bodes ill for regional peace and stability as it would further complicate the situation in the South China Sea, and risk turning the region into a tinderbox of conflicts.” U.S. Secretary of State John Kerry responded by saying that it was China’s actions in the South and East China Seas that could create a tinderbox. The Pentagon said China has reclaimed more than 3,200 acres of land in the southeastern South China Sea and is developing and building military installations on the manmade islands. China’s actions have led the United States and Vietnam to strengthen their relationship in recent years, in line with growing Vietnamese concern over Chinese moves to assert its maritime claims.

9- Senators Ask What OPM Hack Means for Global Cyber Relations
Lawmakers are pressing the State Department to learn more about how recent hacks such as the OPM breach could affect the establishment of cybersecurity norms with Russia, China, and other countries. The State Department said it is working to implement the Obama administration’s 2011 cyber strategy, but lawmakers at a recent hearing said that strategy must be modified to reflect the current cyber climate.

10- Report Traces Arc of Hillary Clinton Server, Agency Failures
The State Department’s inspector general released an 83-page report this week providing new insights into Hillary Clinton’s controversial email server. The findings are more than a year in the making and show how private emails by Clinton and other top aides caused internal headaches for officials who knew of its existence. The private server, registered as clintonemail.com, has remained controversial six years after it was first noted. In the first months of Clinton’s tenure, only her most trusted political-appointee aides used or were clued into the existence of her server, according to the report. Other officials had “some awareness.” In late 2010, two staff members raised concerns about the private email account in meetings with officials. In one meeting, a staffer worried that messages sent or received by the server could contain documents that needed to be preserved under federal regulations. Clinton’s campaign has long insisted the system was well-protected. But several reports, including an article from the Associated Press, showed that the server was very vulnerable to hackers. Clinton released a memo in 2015 saying that there was no evidence of a breach ever occurring.

11- SWIFT Hack Shows Attackers Penetrating Bank Defenses
A sum of approximately $81 million dollars was stolen from the Bangladesh Bank in early February via the international fund transfer system run by the SWIFT Alliance. Hackers used highly-customized malware to target the bank’s messaging system to circumvent audits of the fund transfers, revealing in-depth knowledge of the SWIFT system as well as the Bangladesh Bank’s infrastructure, according to researchers at BAE Systems. Bangladeshi officials are blaming SWIFT technicians for introducing vulnerabilities to the network that left the messaging system open to attack. SWIFT has denied responsibility, stating that the breach was a result of the bank’s insecure infrastructure. Application-security firm Skyport Systems analyzed the SWIFT security recommendations document and found outdated or missing procedures. Skyport recommends better securing administrators’ login credentials, requiring the use of dedicated desktops to access the system, and focusing on securing banks’ logging services. Additionally, Skyport CEO Douglas Gourlay recommends SWIFT take immediate steps to safeguard the financial institutions in their system. “Delivering some published guidelines that are actionable, and requiring that auditors come in in the next 60 to 90 days would both go a long way to helping,” said Gourlay.