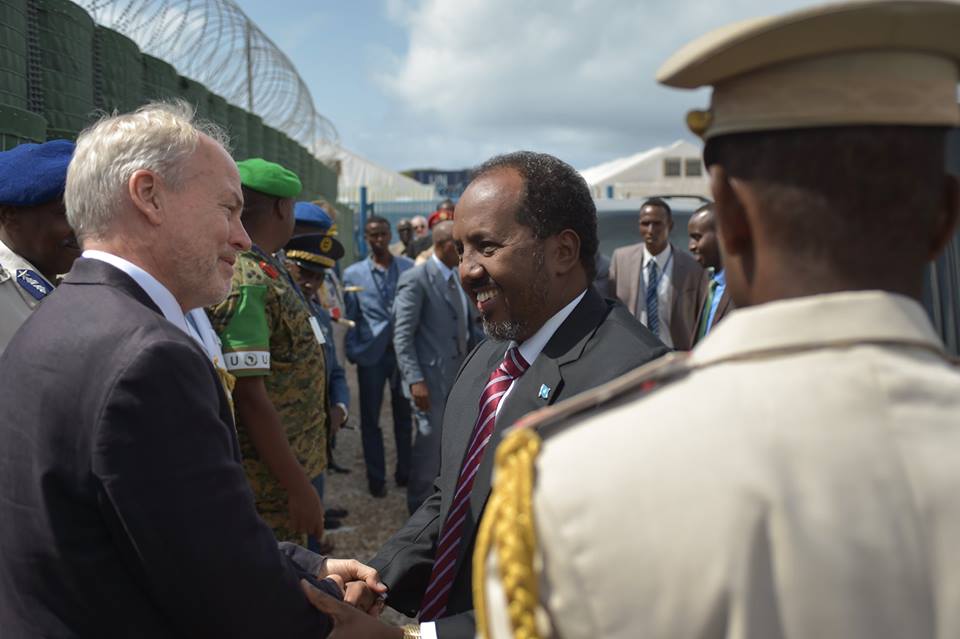 The Rule of Law & Security Institutions Group (ROLSIG) is a new structure within UN Missions, in that it brings together UN elements (Mission staff & UNDP) in order to deliver a ‘One UN’ approach in support of the Federal Government of Somalia (FGS) and the Somali people.

The UN Security Council followed the Secretary-General’s recommendation that conditions would not be appropriate for a United Nations peacekeeping operation in the country until the end of 2016, at the earliest.

The Council also extended the mandate of the UN Special Assistance Mission in Somalia (UNSOM) until 30 March 2016, underlining the importance that both AMISOM and UNSOM strengthen their relationship to ensure support for the country’s political process.

Authorizing the deployment of up to 22,126 uniformed personnel for AMISOM, the Council requested a “structured and targeted” reconfiguration of the Mission to enable a surge in its efficiency. And by 30 October 2015, the African Union should have developed, in close collaboration with the United Nations, a “new concept of operations” for the Mission, the Council requested.

Underscoring the importance of UNSOM’s support to the political process in Somalia, in particular the preparation of the electoral process in 2016, the Security Council requested from the Mission that it strengthens its presence in all capitals of Interim Regional Administrations.

Deployment of civilian planning in regional capitals should also be a priority in order to improve joint planning between military and civilian components, says the resolution adopted today.

On the national security front, the Council welcomed the adoption of the Guulwade (Victory) Plan by the Federal Government of Somalia, a “critical step” towards developing a more effective national army, nonetheless stressing the importance of accelerating improved coordination of Somali security institutions.

While it welcomed the Government’s commitment to an “inclusive and credible” electoral process in 2016, the Security Council also expressed concern at continued human rights violations in Somalia, underscoring the need to end impunity for such crimes.

Photo: The Special Representative of the UN Secretary-General for Somalia (SRSG), Nicholas Kay, greets the President of Somalia, Hassan Sheikh Mohamoud, before the start of the High Level Partnership Forum in Mogadishu, Somalia