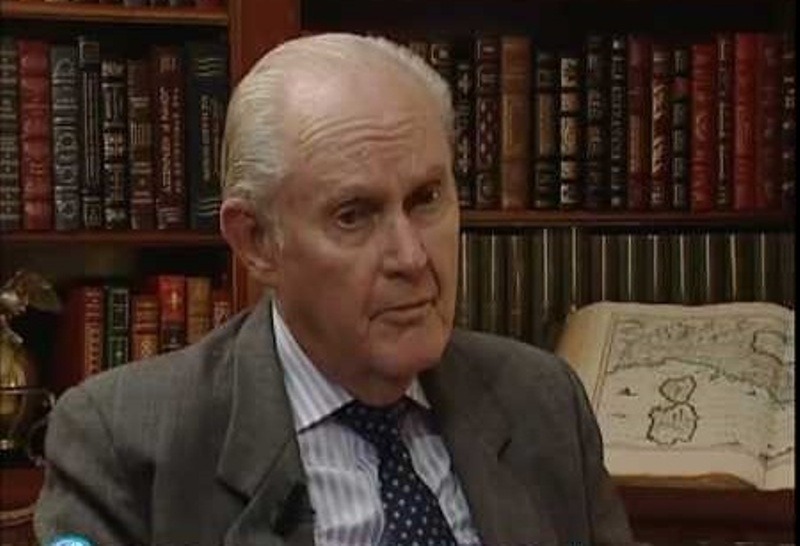 The Obama administration is reportedly planning to implement a new plan for combating terrorism in Africa, expressing “deep concern” about the humanitarian situation in Somali, Nigeria, mali, Chad, South Sudan and Congo;  as well as the reports of human rights violations in the continent.

With everyone’s attention focused on the European elections or President Barack Obama’s speech at West Point or the Ukraine, a story by Eric Schmitt in The New York Times on Tuesday may not have caught your attention. I believe, however, that it provides an insight into some of the major problems of American foreign policy.

What Mr. Schmitt reports is that the U.S. has set up covert programs to train and equip native teams patterned on their instructors, the U.S. Army Delta Force, in several African countries. The program was advocated by Michael A. Sheehan who formerly was in charge of special operations planning in the Department of Defense and is now, according to Mr. Schmitt, holder of the “distinguished chair at West Point’s Combating Terrorism Center.”

Mr. Schmitt quotes him as saying, “Training indigenous forces to go after threats in their own country is what we need to be doing.” So far allocated to this effort, Mr. Schmitt writes, is $70 million, and the initial efforts will be in Libya, Niger, Mali and Mauritania.

How to do this, according to the senior U.S. officer in Africa, Major General Patrick J. Donahue II, is complex: “You have to make sure of who you’re training. It can’t be the standard, ‘Has the guy been a terrorist or some sort of criminal?’ but also, what are his allegiances? Is he true to the country or is he still bound to his militia?”

So let me comment on these remarks, on the ideas behind the program, its justification and the history of such efforts. I begin with a few bits of history. (Disclosure: I am in the final stages of a book that aims to tell the whole history, but the whole history is of course much too long for this note.)

Without much of the rhetoric of Mr. Sheehan and General Donahue and on a broader scale, we have undertaken similar programs in a number of countries over the last half century. Iran, Turkey, Indonesia, Guatemala, Egypt, Iraq, Thailand, Chad, Angola to name just a few. The results do not add up to a success almost anywhere.

Perhaps the worst (at least for America’s reputation) were Chad where the man we trained, equipped and supported, Hissène Habré, is reported to have killed about 40,000 of his fellow citizens. In Indonesia, General Suharto, with our blessing and with the special forces we also had trained and equipped, initially killed about 60,000 and ultimately caused the deaths of perhaps 200,000. In Mexico, the casualties have been smaller, but the graduates of our Special Forces program have become the most powerful drug cartel. They virtually hold the country at ransom.

Even when casualties were not the result, the military forces we helped to create and usually paid for carried out the more subtle mission of destroying public institutions. If our intention is to create stability, the promotion of a powerful military force is often not the way to do it. This is because the result of such emphasis on the military often renders it the only mobile, coherent and centrally directed organization in societies lacking in the balancing forces of an independent judiciary, reasonably open elections, a tradition of civil government and a more or less free press.

Our program in pre-1958 Iraq and in pre-1979 Iran certainly played a crucial role in the extension of authoritarian rule in those countries and in their violent reactions against us.

General Donahue suggests that we need to distinguish among the native soldiers we train and empower those who are “true to the country.” But how? We supported Hissène Habré so long that we must have known every detail of his life. He is now on trial as war criminal. General Suharto has never been charged (nor have those Americans who gave him a “green light”) for his brutal invasion of East Timor. Both probably believed that they met General Donahue’s definition of patriotism.

And in Mali, our carefully trained officers of the Special Forces answered what they thought was both patriotic and religious duty by joining the insurgency against the government we (and we thought they) supported. We have a poor record of defining other peoples’ patriotism.

And, in the interest of more urgent objectives, we have been willing to support and fund almost anyone as long as we think he might be of value. General Manuel Noriega, our man in Panama, went on to spend 22 years in an American prison after we invaded his country and fought the soldiers we had trained.

Indeed, we have a poor record of even knowing who the people we train are. After the Turkish army carried out one of its coups in the 1960s, when I was the member of the Policy Planning Council responsible for the Middle East, I asked the appropriate branch of the Defense Department who were the new leaders, all of whom had been trained in America, often several times during the years. The answer was that no one knew. Even in army records, they were just Americanized nicknames.

And, more generally, our sensitivity to the aspirations, hopes and fears of other people is notoriously crude or totally lacking. Growing out of the Cold War, we thought of many of them as simply our proxies or our enemies.

Thus, we found Chad not as a place with a certain population but just as a piece of the Libyan puzzle, and today we think of Mali in the same way. Now we are talking to training “carefully selected” Syrian insurgents to overthrow Bashar al-Assad. Do we have any sense of what they will overthrow him for?

Beyond these, what might be considered “tactical” issues are “strategic,” legal and even moral considerations. I leave aside the legal and moral issues — such as what justification we have to determine the fate of other peoples — as they do not seem very persuasive among our leaders.

But just focus on the long-term or even middle-term results of the new policy: the most obvious is that we meddle in and take some responsibility for the politics of an array of countries in which we have little direct interest. And often with the obvious danger of a deeper, more expensive and more painful result. We are close to this commitment in Syria.

Less obvious is that our activities, no matter how carefully differentiated, will be seen to add up to an overall policy of militarism, support of oppressive dictatorships, and opposition to popular forces. They also meld into a policy of opposition to the religion of over a billion people, Islam. And they do so at great expense to our expressed desires to enable people everywhere, including at home, to live healthier, safer and decent lives.

I end with a prediction: in practically every country where Mr. Sheehan’s and General Donahue’s program is employed, it will later be seen to have led to a military coup d’etat. sources: consortium news