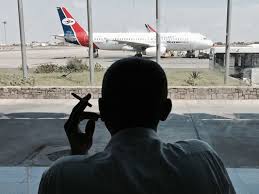 Djibouti (HAN) May 23, 2015 – Regional Security and Safety News.  by Lee, Carol E.; Nissenbaum, Dion. Washington is poised to reconsider its strategy in countering the Islamic State (IS) after the group seized control of the Iraqi city of Ramadi over the weekend. President Barack Obama met with top national security advisers on Tuesday to assess the situation in Iraq following the fall of Ramadi, the capital of Iraq’s Sunni-dominated Anbar province.

The fall of Ramadi effectively ends what had been an ongoing debate between Washington and Baghdad on where to strike next following the successful retaking of Tikrit in March: to focus on Anbar or try to strike at Mosul, Iraq’s second largest city. The focus of the anti-IS campaign will now shift to Anbar, and the U.S. has already announced plans to increase its efforts to train and equip Sunni tribesman to fight IS.

The Baghdad government has already shifted it’s largely Shia militia forces to Anbar, a move which has raised concerns about escalating sectarian tensions. The U.S. has also stated its intention to provide Baghdad with more shoulder-held rockets as a way of countering a new IS tactic involving coordinated attacks using multiple car and truck bombs. The use of these so-called Vehicle Borne Improvised Explosive Devices (VBIEDS) was especially devastating to Iraqi forces in Ramadi.