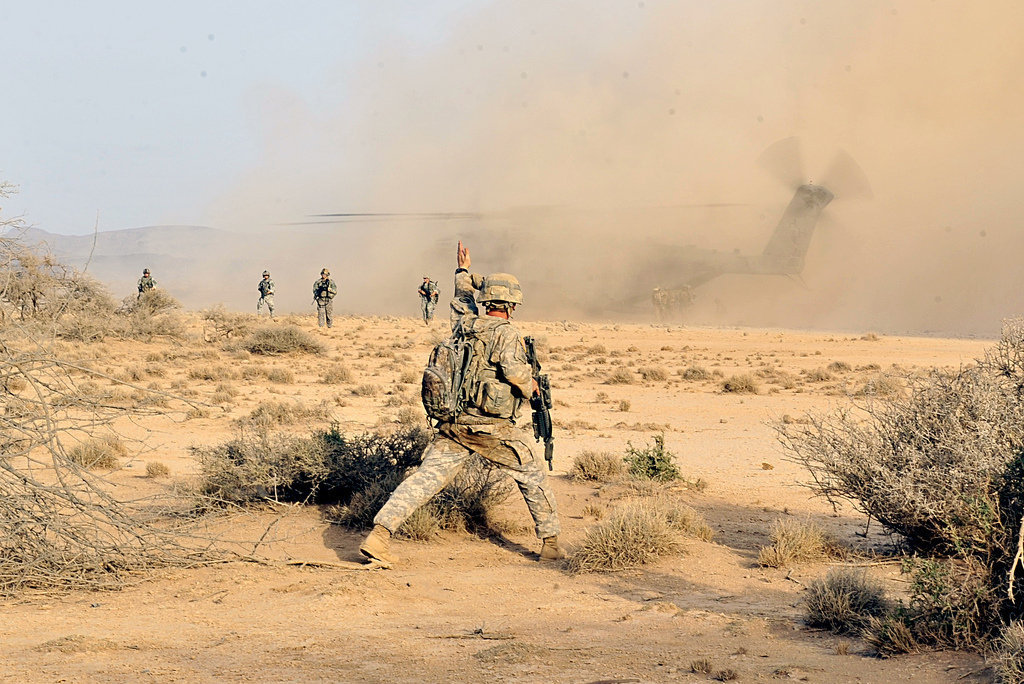 The US is dramatically increasing the tempo of its military operations in MENA (the Middle East and North Africa), especially in the Horn of Africa.

Djibouti has an important role to play in the military planning. The small republic guards the entrance to the Red Sea and Suez Canal to make it a perfect springboard for launching military interventions in Africa and the Middle East.

Housing 4,000 military and civilian personnel, Camp Lemonnier, the US military base in the country, is the hub of a network of American drone bases in Africa. It is used for aerial strikes at insurgents in Yemen, Nigeria and Somalia, as well as exercising control over the Bab-el-Mandeb strait – a strategic maritime waterway linking the Indian Ocean and the Mediterranean through the Gulf of Aden and Red Sea. In 2014, America signed a new 20-year lease on the base with the Djiboutian government, and committed over $1.4 billion to modernize and expand the facility in the years to come. According to Stars and Stripes, the US Air Force deployed F-16 fighters and KC-135 to Djibouti in July. Until the publication, the information had been kept secret. The aircraft remain on standby amid concerns over the situation in South Sudan, including threats to the lives of American citizens there. In July, about 50 combat-equipped troops were sent to protect US diplomatic personnel amid widespread violence and civil unrest in that country. The US has provided assistance in form of training and equipping of the elite presidential guard; employment of foreign instructors to teach army recruits; development of riverine forces; training of commandos. This aid is rendered despite the fact that South Sudan uses child soldiers.

Under Obama, this country receives waivers to the prohibition on US security assistance under the Child Soldiers Prevention Act (CSPA), despite recent reports by UNICEF that children in the country are forcefully recruited into the armed forces. The law prohibits the US government from furnishing security assistance or selling arms to any government that has been identified as recruiting children into its armed forces or armed groups that it supports. In theory, the administration is to sanction such countries under the law, which is circumvented with the help of waivers.

Djibouti is also situated close to Yemen, where the US has recently got involved in the military conflict between the Saudi-Arabia – led coalition and the Houthi rebels.

On October 13, the US military launched a series of cruise missile strikes on three radar installations in Yemen. The attack became a response to recent threats made on naval vessels in the Red Sea. This was the first time, when the US has taken part in the Yemen conflict directly. Under the circumstances, airpower would be more efficient than cruise missiles launched from surface ships. F-16 jets are perfectly suited for carrying out such missions as knocking out radar sites or other ground based assets in Yemen. Providing air cover for US ships in the region is important, but the fact that tankers are also based in Djibouti, the mission could envisage a scenario with delivering air strikes at much greater distance.

The US plans could include Somalia. On October 16, The New York Times reported that US special operators have been quietly escalating the war on al-Shabab in Somalia carrying out more than a half-dozen raids per month.

The operations are a combination of ground raids and drone strikes. The article states that «the Pentagon has acknowledged only a small fraction of these operations but even the information released publicly shows a marked increase this year».

Somalia’s government has recently requested an explanation from the United States for an air raid that it says killed 22 soldiers and civilians in the north of the country on September 28. The Somali army had confirmed that Galmudug forces and civilians were killed in the raid, describing it as a case of «friendly fire».

Whatever the plans are, the United States has significantly beefed up the offensive potential in the region. It could be Yemen or Somalia, or both, as well as some other country. We’ll have to wait and see. After all, Djibouti hosts army-aviation-supported Special Operations Forces (SOF) teams. With F-16s as air cover, they can deliver a powerful blow against a potential enemy in any scenario. There is a great probability that the United States will soon launch a military operation in the region.