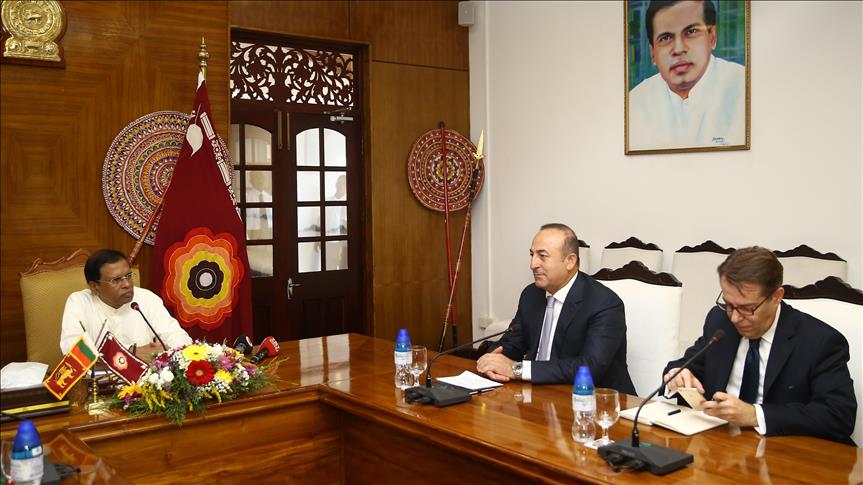 Sri Lanka is one of the largest exporters to the EU of high-value fishery products such as swordfish and tuna, according to the Somali Institute of SIRAD Intel reports last week. The first-ever visit to Sri Lanka by a Turkish foreign minister received by his Sri Lankan counterpart, Mangala Samaraweera.

The European Union has lifted its ban on fish imports from Sri Lanka, an official said on Friday.

Meanwhile, Turkish Foreign Minister Mevlut Cavusoglu, made an official visit to Sri Lanka,  in capital Colombo that the island-nation’s security and stability were of “high importance” due to its “strategic geography”.

“I believe this visit will lead to a new phase in our relations,” Cavusoglu asserted.

At a joint press conference held after the meeting, the Turkish FM called for stepped-up bilateral cooperation.

“The great distance between our two countries should not stop us from cooperating in numerous fields,” he said.

“Sri Lanka is extending a hand to both Syrian and Iraqi refugees,” he added. “This is highly appreciated.”

“We are determined to strengthen our ties with Sri Lanka,” Cavusoglu went on.

Ankara’s top diplomat added: “We have agreed to boost economic relations in numerous areas, including energy, security, tourism, education, culture and health, with a focus on humanitarian issues.”

The two countries had signed memorandums of understanding aimed at bolstering cooperation in the fields of economy and technology.