Home frontpage Djibouti: The U.S. withdrawal from Afghanistan, What it will mean for Africa 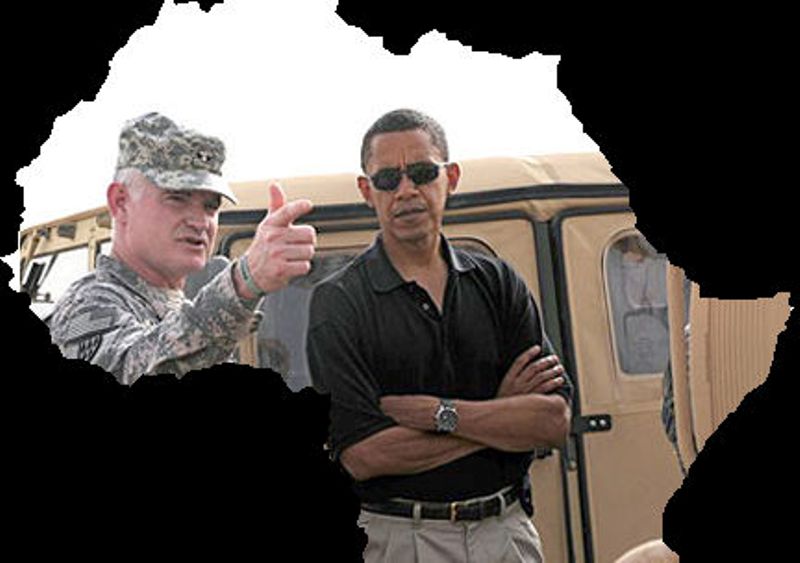 Nairobi (HAN) May 20, 2014 – By Adam Taylor and Laris Karklis (washingtonpost).  The African military and police have become much better fighting forces against any threats in Africa, but you can’t fight without understanding local issues,  without  guns or funding to maintain security to protect the energy supply lines in Africa.

According to the American view of Africa by Simon Stevens , In short, the covers of most novels ‘about Africa’ seem to have been designed by someone whose principal idea of the continent comes from The Lion King,” quips Africa Is a Country. in this case, of the sultry African wilderness — still shape how whole swathes of the world get represented in the West.

To connect Intel dots,  in 2016, when the last American troops leave Afghanistan: Will the Afghan military be able to sustain itself with essentially no foreign assistance? That’s a question a lot of Afghan and U.S. officials are asking today. President Obama said Tuesday that “Afghanistan will not be a perfect place.”  What that will mean for Africa, to minimize the the current threats, vulnerability and risks from unknown enemies in Africa?

By Adam Taylor and Laris Karklis (washingtonpost).: To Connect that view about the United States foreign policy in Africa:  President Obama’s announcement that United States has deployed 80 troops to Chad came as a surprise to many. But as my colleague Craig Whitlock points out, the United States already has boots on the ground in a surprising number of African countries.  This shows that in  sub-Saharan nations currently have a U.S. military presence engaged in actual military operations against Al-Shabaab and other related terror groups.

It should be noted that in most of these countries, there is a pretty small number of troops. But it is a clear sign of the U.S. Africa Command’s increasingly broad position on the continent in what could be described as a growing shadow war against al-Qaeda affiliates and other militant groups. It also shows an increasingly blurred line between U.S. military operations and the CIA in Africa.

More details of the troops deployed are below.

The United States has a base in Ouagadougou, Burkina Faso, since 2007. The base acts as a hub of a U.S spying network in the region, with spy planes departing form the base to fly over Mali, Mauritania and the Sahara, where they search for fighters from al-Qaeda in the Islamic Maghreb.

The United States has troops in Congo assisting the nation in the search for Joseph Kony’s Lord’s Resistance Army.

In April 2013, the United States had around 40 troops in Central African Republic assisting the search for the LRA.

On Wednesday, Washington announced that it would be sending 80 troops to Chad to help with the search for Nigerian schoolgirls kidnapped by militant Islamist group Boko Haram.

The U.S. military has a major base in Djibouti, Camp Lemonnier. There are around 4,000 troops there, including lots of aircraft and drones.

The United States has had a military drone base at Arba Minch since 2011. The base is used to fly Reaper drones over East Africa.

Camp Simba, near the border with Somalia, had around 60 military personnel stationed as of November 2013.

In April 2013, 10 U.S. troops were deployed to war-torn Mali to provide “liaison support” to French and African troops. The Pentagon insisted they would not be engaging in combat.

The U.S. Air Force set up a drone base in Niamey, Niger, in 2013. The White House says it has around 100 military personnel in the country on an “intelligence collection” mission.

At the beginning of May, a small team of U.S. troops and civilian advisers was deployed to Nigeria to join the search for the abducted schoolgirls. According to the Associated Press, these troops joined around 70 military personnel in Nigeria, with 50 regularly assigned to the U.S. Embassy, and 20 Marines there for training.

In early 2014, the United States deployed fewer than two dozen regular troops to Somalia for training and advising purposes.

In December 2013, the United States deployed 45 military personnel to South Sudan to protect U.S. citizens and property in the country.

The United States has a base in Entebbe that it uses to fly PC-12 surveillance aircraft in search of Kony’s LRA. The total number of U.S. troops in Uganda is said to be around 300, and they are officially in the country to “provide information, advice and assistance” to an African Union force searching for Kony.