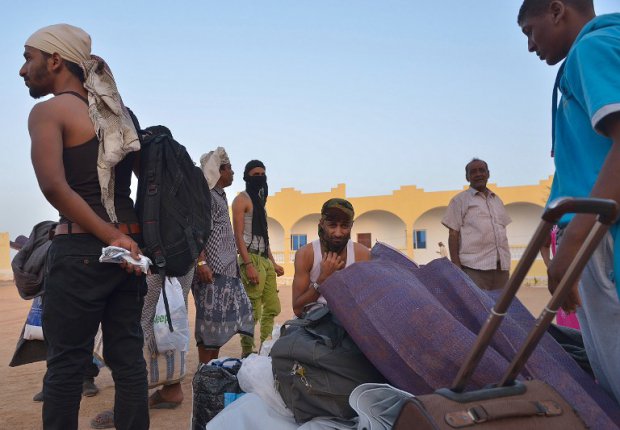 The Saudis “will definitely be defeated,” crows one Iranian general. Riyadh “will pay a heavy price” for its war against the Iran-backed Houthis in Yemen, a senior Hezbollah figure predicts. The war in Yemen will end in a stalemate, warns a Brookings Institution expert. The war in Yemen will be “Saudi’s Vietnam,” a Carnegie think tanker warns.

Those who doubt the wisdom of Saudi Arabia’s decision to launch a bombing campaign against Iranian proxies in March of this year are ubiquitous. Except in Saudi Arabia, that is.

The war in Yemen, led by Saudi Arabia’s new regime under King Salman, enjoys broad support across the country. Saudi Arabia’s top clerical body expressed support for the campaign at its outset, and followed up with a statement shortly thereafter proclaiming that the war was “a jihad in the cause of Allah” and that any Saudi soldier who dies during the course of the operation would be considered a “martyr.”

Admittedly, state sanctioned clerics have long been rubber stamps for the decisions made by the ruling Saud family. But there are many other figures, from all walks of life, who have come out in support of the war: local police, local sheikhs and municipal officials, journalists and others. As David B. Ottaway notes, the campaign is “hugely popular at home” and “the general public mood is decidedly hawkish.”

It’s not as if Pew or Rasmussen are able to conduct polls in the ultra-conservative desert kingdom to measure. As analyst David Pollock observes, “the very concept of public opinion in highly secretive Saudi Arabia is almost an oxymoron.” Saudi Arabia is an absolute monarchy. If the King says his war is popular, then popular it is.

But the optimism in Saudi Arabia may, in fact, be genuine. It has been helped along by the likes of Prince al-Waleed bin Talal, who offered 100 Bentleys to the 100 fighter pilots involved in the bombing campaign. The gesture, published but then swiftly deleted on Twitter, was wildly popular in Saudi Arabia. But even without such ostentatious displays of nationalism, it is not difficult to understand how Saudis, after years of claiming their place as leaders of the Sunni Muslim world, now relish the opportunity to put their ungodly amounts of oil-generated money where their mouths are. They are backed by a coalition of nine other Sunni states, which affirms their role as leaders. And their fight is a sectarian one against a bitter foe: Iran.

To be sure, the war in Yemen isn’t exactly a textbook example of military mastery. The Saudis are striking their targets mostly from the air (with some notable exceptions), taking out innocent lives along with the intended targets. It’s difficult to envision a scenario in which the Saudis walk away with a decisive victory, given Yemen’s long history of lawlessness and weak central authority. And there have been a few setbacks, including rocket attacks, shelling attacks, tank fire, an incident where two Saudi pilots were forced to eject and were rescued by the U.S. and a recent scary moment where it appeared that a Saudi F-15 had been shot down (it was only a jettisoned fuel tank).

But, broadly speaking, Saudi Arabia has emerged from more than two months of war mostly untouched. This is very encouraging for the Saudi military that has been putting to use its newly acquired and rather formidable arsenal. Indeed, Saudi Arabia became the world’s top arms importer in 2014, having spent $6.4 billion on arms last year alone. This year, the Saudis are adding to their defense purchases with as much as $16 billion in new maritime vessels, helicopters, drones, missile defense and more.

With its sectarian archenemy Iran gobbling up territory across the Middle East and on the precipice of a nuclear breakout, Saudi Arabia is not satisfied with the advanced military hardware it has in hand. The Kingdom, along with its Gulf Cooperation Council (GCC) allies, has thus demanded the expedited delivery of lethal hardware from the United States (the Saudis did not get approval for the new weaponry they requested) as a security guarantee in exchange for muffling their many concerns about the looming Iranian nuclear deal.

Saudi Arabia is now angry, armed, confident and mobilized. This is not a particularly comforting thought, given Saudi Arabia’s overall lack of experience and even less prowess on the battlefield. And it’s even less comforting when one stops to look around the current state of the Middle East. With little in the way of checks and balances in the country, and with a military led by an inexperienced 29-year-old, it’s worth asking: what happens after Yemen?

Iran is on the march in Iraq. Every time the Islamic State takes new territory from the bumbling Iraqi army, it is the Iranian-backed militias that rush in. The recent fall of Ramadi is a case in point. The Iranians have sent Kata’ib Hezbollah, an IRGC franchise, to liberate the city. Officially, Iran is retaking territory on behalf the Shi’ite leaders of Iraq. But from the Saudi perspective (and many others) Iran is exploiting the chaos of the war against the Islamic State to expand its own territory. The Ramadi operation’s sectarian Shi’ite title, “at your service, Oh Hussein,” was panned as “unhelpful” by US officials. The name was quickly revised to remove the sectarian overtones, but the episode only served to stoke the Saudis’ underlying fears.

At what point will Iran’s influence in Iraq become too much for the Saudis? Could the Saudis mobilize to strike Iraq? With President Obama refusing to reenter Iraq for any reason, Saudi intervention over the next two years can’t be ruled out, especially since extremist groups have launched missiles and deadly raids against Saudi military positions across the border since 2014.

One could raise similar concerns about Syria. Technically, the Saudis are already mobilized there. The Saudis are part of the U.S.-led airpower coalition to battle the Islamic State. But their real beef is with Assad, whose regime is effectively owned and controlled now by Iran, which recently extended Syria a hefty line of credit.

Iran’s stranglehold on the region, the reason for Saudi mobilization against the Houthis in Yemen, is only going to get worse. Iran’s proxies are about to hit pay dirt after Iran receives as much as $140 billion in sanctions relief from the P5+1, in exchange for coming to terms on an expected nuclear deal. It makes one wonder whether the Saudis will soon begin funding Sunni extremist proxies — and there are many to choose from these days — to counter those deployed by Iran.

Judging from the popularity of the current campaign, proxies may not satisfy the nationalist fervor that is sweeping Saudi Arabia. The regime may itself choose to strike at other Iranian proxies around the region at some point in the future.

Some might even welcome this development. After all, one could argue, someone needs to challenge the Iranian bid for regional hegemony. And it is not going to be the United States — at least not for several years. In fact, some might say that President Barack Obama’s “lead from behind” strategy is at work here, pushing a regional ally to fend for itself, rather than letting America get dragged into another unwanted Middle East conflict.

But it is a mistake to view the Saudis’ new war footing as a positive development. Saudi Arabia’s mobilization is not a defensive reflex. This, too, is a country with a dangerous ideology and regional ambitions. Its label as a “moderate” Arab state is a new one. Given its leading role in the global dissemination of the radical Wahhabi ideology for decades, it’s a label that is also wholly undeserved.

Opinion By. Jonathan Schanzer is Vice President for Research at the Foundation for Defense of Democracies. Follow him on Twitter @JSchanzer

Photo: A Yemeni Men refugee sits  at a boarding facility run by the UNHCR in Obock, Djibouti