Home Daily Security Briefing Djibouti: The Global Military Agenda are Behind the "War on Terrorism" 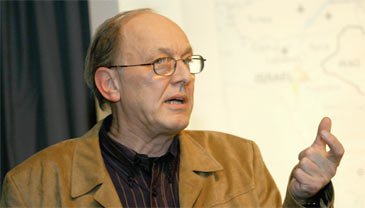 “The announcement, made the day after US Secretary of State John Kerry visited Djibouti last May, is deeply worrying for Pax Americana, for it comes on top of a major package of economic investments by China that has Djiboutian President Ismaïl Omar Guelleh openly talking about the importance of his new friends from Asia,” US-based magazine Counter-Punch wrote in an article on Monday.

UK-based Daily Telegraph highlighted the concerns of Pentagon officials regarding China’s deepening commercial involvement in Djibouti, investing $400 million in modernizing Djibouti’s notoriously undersized port.
According to the new intelligence reports in Djibouti, the US is about to lose one of its military bases in Djibouti, home to America’s largest permanent military installation in Africa that includes 4,000 troops and a fleet of US assassination drones that run bombing missions in regional Muslim countries as part of Washington’s official targeted killing program.

Meanwhile, contrary to that report, Mr. GORDON LUBOLD’s article published today and widley explaning the regional strategy. The Pentagon plans to sharply expand the number of U.S. drone flights over the next four years, giving military commanders access to more intelligence and greater firepower to keep up with a sprouting number of global hot spots, a senior defense official said.

The plan to increase by 50% the number of daily drone flights would broaden surveillance and intelligence collection in such locales as Ukraine, Iraq, Syria, the South China Sea and North Africa, said the official, who provided exclusive details of the plan to The Wall Street Journal. It would be the first significant increase in the U.S. drone program since 2011, reflecting pressure on military efforts to address a cascading series of global crises.

While expanding surveillance, the Pentagon plan also grows the capacity for lethal airstrikes, the most controversial part of the U.S. drone program and its rapid growth under President Barack Obama . Strikes by unmanned aircraft have killed 3,000 people or more, based on estimates by nonpartisan groups.

The Air Force now flies most of the U.S. drone flights, including secret missions for the Central Intelligence Agency in Pakistan and Yemen. But the new plan would draw on the Army, as well as Special Operations Command and government contractors.

Demand for intelligence and surveillance missions by unmanned U.S. aircraft has grown over the past decade, from as few as five drone flights a day in 2004.

The Pentagon plan calls for expanding the current number of daily flights—measured in so-called combat air patrols—from 61 to as many as 90 by 2019.

Such drones as the MQ-1 Predator and its newer, longer-range cousin, the MQ-9 Reaper, provide real-time video to commanders and intelligence analysts who use the data to track and target militants and conduct surveillance.

U.S. officials say they could always use more intelligence, surveillance and reconnaissance data. The head of U.S. European Command, Gen. Philip Breedlove, lamented this year that he needed more coverage to adequately monitor his assigned region, which includes the conflict in Ukraine.

“Earlier indications and warning and the ability to better understand Moscow’s thinking and intent are absolutely critical for avoiding future surprise and miscalculation, for deterring effectively and for preparing to respond if required,” he told the Senate Armed Services Committee in April.

The Pentagon envisions a combined effort that by 2019 would have the Air Force continue flying 60 drone flights a day, the Army contributing as many as 16 and the military’s Special Forces Command pitching in with as many as four. Government contractors would be hired to fly older Predator drones on as many as 10 flights a day, none of them strike missions.

The plan would unfold in steps. By 2017, the Army would fly as many as eight sorties and government contractors would supply about six flights, in addition to the 60 now flown by the Air Force.

“The combatant commanders and the Department of Defense need to take a truly joint approach to delivering the kinds of capabilities that remotely piloted aircraft can provide,” said David Deptula, a retired Air Force three-star general who ran the Air Force’s intelligence, surveillance and reconnaissance mission until 2010.

The plan also calls for a new focus on maximizing existing drone capability by rerouting flights grounded for bad weather to other locations. If a drone couldn’t fly over a region in Iraq, for example, it could be sent elsewhere in the Middle East, the defense official said.

Pentagon officials didn’t have immediate cost estimates for the plan, which is predicated on budgets subject to congressional approval.

Until now, the Air Force has almost exclusively conducted U.S. drone operations, which has taken a toll on overworked pilots and crews, officials said, prompting the Air Force leadership to ask the Pentagon for a reprieve.

“There will always be a strong demand” for military drone work, given emerging threats and world events, said Lt. Col. Chris Karns, an Air Force spokesman.

One of the problems facing the Defense Department is that it must share intelligence feeds: The military contributes as many as 22 of its 61 daily flights to the CIA. The agency directs the flights using military personnel, then uses the intelligence feeds for its own purposes.

While intelligence snagged by the CIA contributes to the ability of the U.S. to conduct surveillance and airstrikes against militants, the arrangement leaves fewer drones at the disposal of military commanders.

Some experts believe the Pentagon should get away from drone flight tallies and think more broadly about other measures of the intelligence they provide.

A technology known as wide-area airborne surveillance pods, which employs more cameras inside a small glass pod installed on the belly of a drone—such as the Reaper—expands by as much as tenfold the quantity of surveillance feeds military commanders can use, Mr. Deptula said.

It is a cheaper way to maximize existing capability than increasing drone flights alone. Indeed, employing such pods is part of the Pentagon plan, defense officials said.

“It’s much easier to increase the capability of the number of Reapers that we have than the number of flights they take,” Mr. Deptula said. Write to Gordon Lubold at Gordon.Lubold@wsj.com