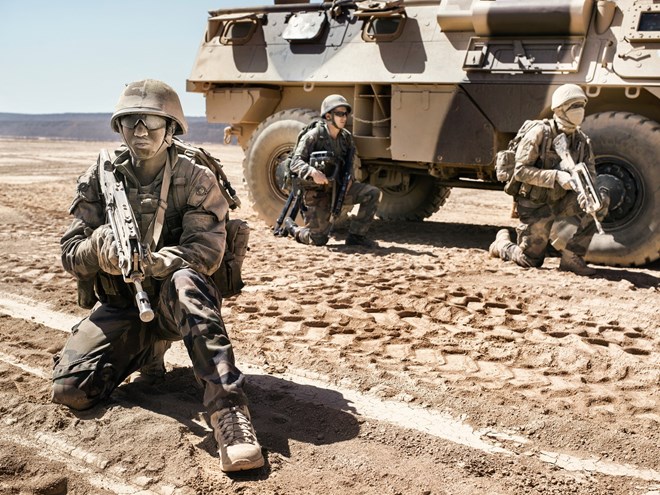 DJIBOUTI OCCUPIES 9,000 square miles in the Horn of Africa, most of it uninhabitable desert near war-torn Somalia and Yemen. The landscape is brutal and unforgiving, as remote as it is desolate—all of which makes it a perfect place for survival training.

Each year, the French Armed Forces subjects over 2,000 French and foreign troops—many of whom have never seen combat—to a grueling training regimen in the Grand Bara Desert. Soldiers spend as long as a month learning everything from slaughtering sheep to scaling cliffs, working under a sun so punishing they must guzzle a few gallons of water to stay hydrated. “It’s really tough and impressive,” says photographer Luca Locatelli. “You have to be brave.” 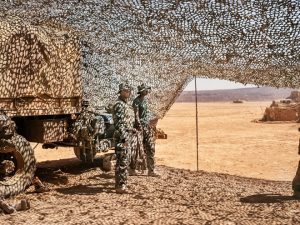 Locatelli visited in March on assignment for French GQ, something the troops found funny. “I was the new joke for at least 15 minutes,” Locatelli says. “They were like, ‘What’s a hipster? Tell us about hipsters.’” He spent six days with them as they honed their skills administering first aid, setting traps, finding water, and maintaining weapons.

The French Armed Forces worked in the desert just outside the small town of Arta. Over 100 US and French troops slept on cots, rising before dawn for exhausting exercises like the “Path of the Unconscious,” an obstacle course of rope and netting on a 300-foot cliff—an exercise that includes slithering 115 feet across a cable spanning a deep chasm. 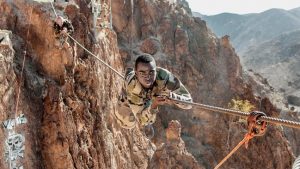 Locatelli captured it all with his Pentax medium format DSLR wrapped in a case he cobbled together using canvas. His photos are remarkable, but he found the training exercises boring. He waited three hours for a Black Hawk helicopter to evacuate a soldier wounded by an improvised explosive device.

“My feeling there was just ‘God, please, can we move on?’” he says. When the helicopter finally arrived, he frantically scrambled to get the shot—proving that the old military adage “Hurry up and wait” is a universal truth.