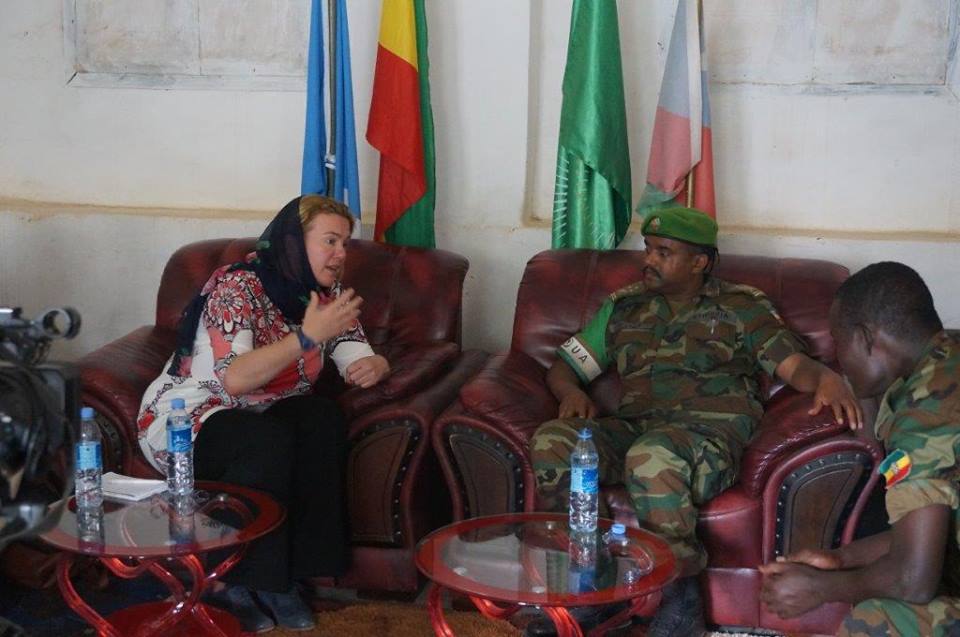 Djibouti (HAN) August 24, 2015 – Public Diplomacy and Regional weekly Security Initiatives update. Members of CTED, UNOAU and IGAD. During a visit by a delegation from the Counter-Terrorism Committee Executive Directorate (CTED) to the new headquarters of the Intergovernmental Authority on Development (IGAD) in Addis Ababa, Ethiopia, both parties reaffirmed their commitment and cooperation to fight against terrorism through facilitation of technical assistance to Eastern African States in need.

“Terrorism poses grave threats to peace and security in Africa and CTED and IGAD should continue to work together to meet those new challenges,” said Deputy Executive Director Weixiong Chen during the visit.

Radicalization and violent extremism that lead to terrorism, foreign terrorism fighters including young returnees from Al-Shabaab in Somalia, as well as use of the Internet for terrorist activities are some of the challenges faced by IGAD countries.

IGAD and CTED exchanged views on further cooperation in terms of information sharing, participation in each other’s counter-terrorism activities, and reaching out to the donor community and recipient States for capacity-building programmes. Empowering women through counter-terrorism endeavours was also emphasised, including the role of women in the prevention of terrorism.

The main factor causing Somalia vulnerabilities is Government’s inability to foresee threats, and failure to develop a strong defense and security capability while helping to nurture an enabling international community involving Somalia security affaires. The vulnerability is principally a product of our poverty, man made famine and the political problems that beset us. If we make progress in dealing with these problems and we form a strong defense and security capability, potential aggressors (External terrorist and supporters) would be forced to think twice.
The Question IGAD faces is it possible to talk to Al-Shabaab?  Jonathan Powell talked about his new Book, ‘Talking to Terrorists How to end armed conflicts’, published this year. The thesis of the book is that governments say they will never negotiate with terrorists but nearly always end up doing so and when they eventually come to do so they have usually forgotten the lessons learned from their last encounter and have to start from scratch. The book looks at the moral and practical question of whether it is right to talk to terrorists and then looks at past successes in South Africa, El Salvador, Colombia, Mozambique, Northern Ireland and Spain as well as those cases where talks have failed, like Sri Lanka. The book also looks at historical experiences with Lloyd George and the IRA in 1919 to 1921 and the French in Algeria. It concludes that it is always right to talk to terrorists but it may not always be the right moment to enter into negotiations. Powell argues that no group should be beyond the pale, and that we should be ready to talks to Hamas, the Taliban and even Al Qaeda.