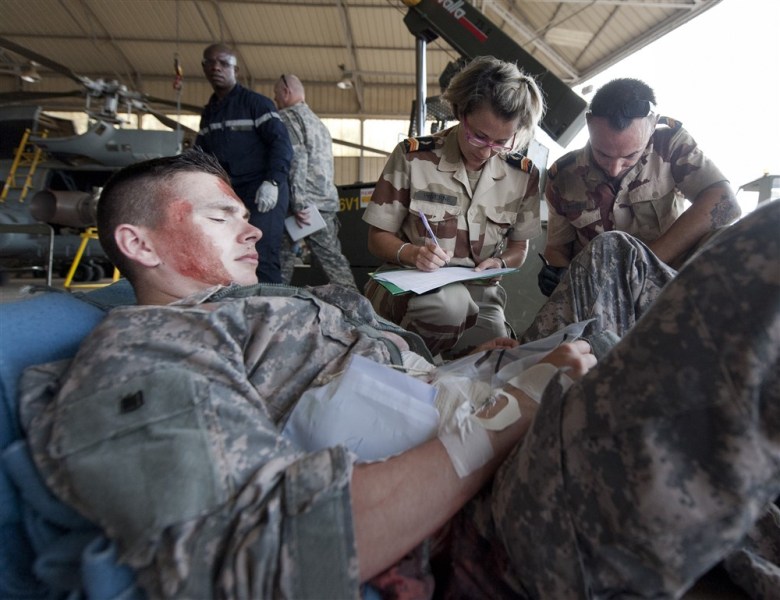 Mogadsihu (HAN) May 26, 2014 . Despite Amisom forces in Somalia,  Regional security forces  and the Somali government’s insistence that it has improved Southern Somalia security, the Al-Shabaab continue to carry out bombings — including targeting the seat of Somali parliament, aid workers, journalist and international diplomats, in their militant strategy  to overthrow Somalia’s internationally backed but fragile leadership, as well as harming critical assets of neighboring countries, Djibouti, Ethiopia and Kenya.
Djibouti’s Interior Ministry said on Sunday that two Somalis are suspected of having carried out a suicide bombing at a restaurant filled with Western military personnel on Saturday that killed three and wounded at least 15.

Several members of European Union naval and civilian maritime security missions were among those wounded in the attack, including three members of the Spanish military airforce.

The interior ministry did not say if any group was suspected of being responsible for the bombings, the first time such an attack has been carried out in the tiny Red Sea state.

Djibouti, host to a French military base and the only U.S. military base in Africa, shares its southern border with Somalia where the al Qaeda-linked group Al Shabaab continues to flourish as the government struggles to impose any order.

Al Shabaab is active inside Somalia but has also carried out gun and bomb attacks abroad. Last year, the group killed 67 people at a Kenyan shopping mall.

“Early indications of the investigations show that the attackers were two suicide bombers of Somali origin; a man and a veiled woman,” the Interior Ministry said in a statement.

National security forces took over the restaurant premises and secured the area, the ministry said.

The former French colony’s port is used by foreign navies protecting the Gulf of Aden’s shipping lanes, some of the busiest in the world, from Somali pirates.

The European Union said on Sunday that members of the EU naval mission EUNAVFOR Atalanta and civilian maritime security mission EUCAP Nestor were wounded in the bombing.

Spain’s Defence Ministry said three Spanish military airforce personnel were injured in the attack, one of whom was seriously hurt by shrapnel. The three were in Djibouti as part of the EUNAVFOR Atalanta mission.

A U.S. Pentagon spokesman said late on Saturday no Defense Department personnel were injured in the attack.

Djibouti has troops stationed in Somalia as part of the African Union Mission in Somalia.

Somali troops and AMISOM – also comprising troops from Burundi, Uganda, Kenya, Sierra Leone and Ethiopia – drove al Shabaab out of Somalia’s capital, Mogadishu, in 2011, but the group still carries out attacks in the city.