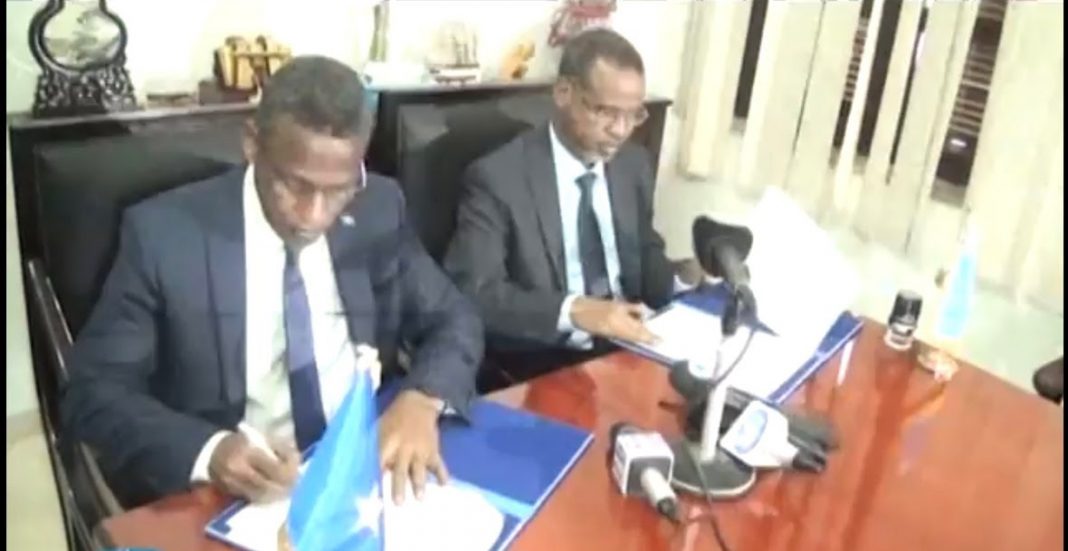 The main purpose of the minister and his delegation’s four-day visit was to strengthen the bilateral cooperation between the two countries in the areas of posts and telecommunications.

The following are the major points of the joint statement:
1. Recalling the submarine cable cut near Mogadishu landing station that severed international connectivity to a large geographic area in Somalia, the two ministries recognize the need for at least an additional submarine optical cable connection to Somalia.
The two ministries agreed in principle to renew and move forward with the discussions Somali and Djibouti governments and Somali telecommunication carriers and Djibouti Telecom on the Djibouti African Regional Express (DARE) cable, which will connect Djibouti and Mombasa with many landing stations in Somalia.
2. The ministries agreed to promote and strengthen the cooperation between the ministries in number of areas, such as: regional interconnectivity, terrestrial optical fiber, cyber security, ICT regulations, cross border signals issues, spectrum management and numbering plan, etc.
3. The ministers agreed to convene a meeting between the officials of the two governments; Somalia carriers and Djibouti Telecom in the near future.
Minister Abdi Ashur Hassan told that the recent submarine cable cut has proven that the recovering economy of Somalia urgently needs another cable for redundancy.
“To act proactively we need to move forward with the discussions of another cable. And Djibouti is a good partner in this regard because eight submarine fiber optic cables land in Djibouti,” added the minister.