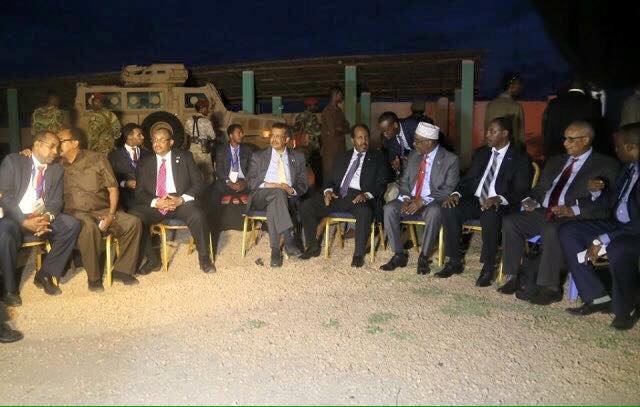 The United States Mission to war-torn Somalia began diplomatic services without an ambassador or an embassy building and based in a neighboring country, the State Department said. American diplomats will not be based in the Somali capital, Mogadishu, scene of the infamous “Black Hawk Down” battle in 1993, which left 18 United States servicemen and many hundreds of Somalis dead. Instead, they will commute cautiously from Kenya’s capital, Nairobi, as they gradually work to strengthen Somalia’s internationally backed government. Washington recognized the Somali government in January 2013, and Secretary of State John Kerry visited Mogadishu in May, but the country is far from stable. President Hassan Sheikh Mohamud’s forces are at war with the Al-Shabaab militia, and survive thanks to 22,000 African Union peacekeepers. The mission will be based at the American Embassy in Nairobi, itself the target of a 1998 bombing by Al Qaeda that left more than 200 dead, and will be headed by a chargé d’affaires.

Internal Threats: The Somali nation has been plagued by security concerns as the government aims to shore up control and prevent the country from slipping back into the hands of Al-Shabaab, an al-Qaeda-affiliated militant group.

While other Western nations have already established embassies, the United States is moving more slowly and has said more progress is needed in Somalia.

Somalia security : current and projected factors affecting regional stability. “the true sign of intelligence is not knowledge, but imagination.” Albert Einstein. The Federal Government policity makers and their partnership must be unique, strong and essential for success for safety and security of the Federal Government existance.
Iran factor the Middle East: The successful outcome of negotiations over Iran’s nuclear program is a splendid validation for those who put their faith in diplomacy. Indeed, the agreement provides hope for the many other initiatives that will be necessary to bring lasting peace to the Middle East.

Commencement of Operations by the United States Mission to Somalia: The State Department said US officials would travel to Somalia when security conditions allowed.

Press Statement
John Kirby
Department Spokesperson
Washington, DC
September 8, 2015
Share on facebookShare on twitterShare
The Department of State is pleased to announce the commencement of operations by the United States Mission to Somalia. The new mission reflects a continuation of U.S. efforts to normalize the U.S.-Somalia bilateral relationship since recognizing the Federal Government of Somalia on January 17, 2013. The United States Mission to Somalia is based within the United States Embassy in Nairobi, Kenya, and will be headed by a Chargé d’Affaires until the President appoints, and Senate confirms, the next U.S. Ambassador to Somalia. The launch of the U.S. Mission to Somalia is the next step towards reestablishing a diplomatic presence by the United States in Somalia as announced by Secretary Kerry on May 5 during his historic visit to Mogadishu. U.S. officials will continue to travel to Somalia to conduct official business as security conditions permit.

More Infor: U.S. Embassy Addis Ababa: Did you miss President Obama’s remarks during his visit to Ethiopia? You can find all his remarks, fact sheets and many pictures on our website at http://1.usa.gov/1U8j22r