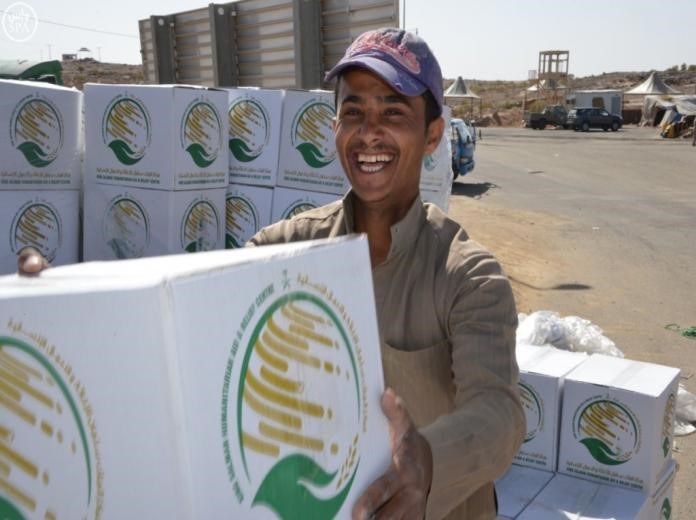 The Djibouti minister of health praised services provided by the King Salman Humanitarian Aid and Relief Center (KSRelief) for his country, especially in the health sector.
This came during a meeting on Saturday between Djibouti’s Health Minister Djama Elmi Okieh and the adviser to the royal court and general supervisor of KSRelief, Abdullah Al-Rabeeah at the headquarters of the center in Riyadh. 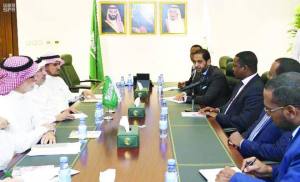 During the meeting, they reviewed the services provided by KSRelief to the distressed and the needy in Djibouti and the humanitarian programs carried out in support of the Ministry of Health in cooperation with UN relief and humanitarian organizations.
The two sides also discussed a number of important issues in the field of humanitarian work and the possibility of cooperation in this regard.
In a press statement after the meeting, the minister expressed his sincere thanks and appreciation to King Salman and Crown Prince Mohammed bin Salman for the Kingdom’s support to Djibouti through KSRelief.
The minister explained that “the center supported the health sector in Djibouti with medicines, equipment and provided services to Djiboutian citizens and refugees, whether from Yemen, Somalia or Ethiopia, and has helped nearly 175,000 citizens and residents.”
Okieh praised the acute vision of the Saudi leadership that is represented in the establishment of this center to serve as the Kingdom’s benevolent arm.

“The KSRelief provided assistance to 38 countries around the world in all areas of relief and health care in a short period since its establishment two-and-a-half years ago.”
The minister said that Saudi Arabia has provided services to Muslims and non-Muslims in many countries, in addition to the assistance provided to them in Djibouti, and Yemeni refugees who came to the country and reside in the Abkh camp.
“We look forward to the visit of Al-Rabeeah to inaugurate an integrated complex with its various services for Yemeni refugees in Djibouti, which is an important model and symbolizes the Kingdom’s support of its brothers,” he added.