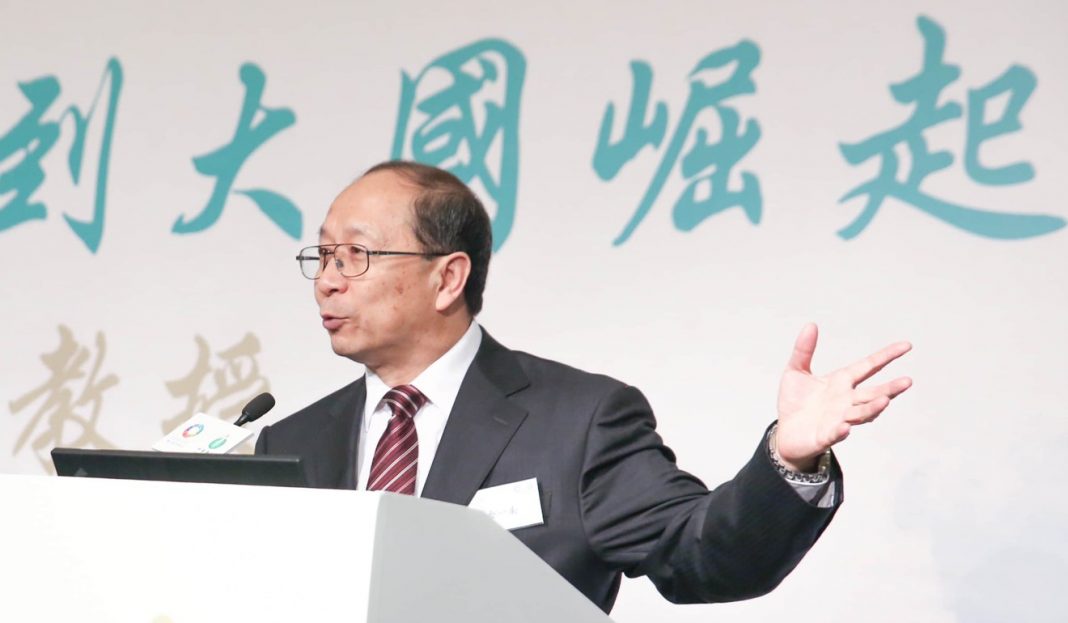 Jin Yinan, a former director of the strategic research institute at the PLA’s National Defence University, calls the East Africa navy installation that Beijing has termed a ‘support facility’ a critical military base necessary to protect China’s overseas interests.

An influential Chinese defence adviser explicitly called the navy installation China is establishing in the East African country of Djibouti a “military base” and said China will need more facilities like it to protect the nation’s growing overseas interests.

Professor Jin Yinan, a retired major general and former director of the strategic research institute at the PLA’s National Defence University, told an open forum in Hong Kong this week that he expects the project will be finished and soon put into service. But his description of the installation as a military base was a striking departure from Beijing’s past descriptions of the project as a “support facility”.
“We said in the past that we would never build an overseas base but now we build one. Why?“ Jin said. “Will China copy the US to seek hegemony in the world? No. We have to protect the Chinese maritime interest faraway.”

China is constructing a naval base in Djibouti to provide what it calls logistical support in one of the world’s busiest waterways. The defence ministry said in a statement last year that the facility was mostly for resupply purposes for anti-piracy, humanitarian and peacekeeping operations.
Jin’s words are in line with a more progressive outreach by the Chinese military in recent years, marked by the announcement during the annual congress in March that the size of the navy would increase 15 per cent, and the marine corps would receive a major expansion.

Macau-based military expert Antony Wong Dong said it’s “progress” that Jin recognised that the port in Djibouti is a “military base”.

“Countries that built ports in Djibouti all described their facilities as ‘military bases’, but China attempted to deny it before,” Wong said. “But it’s still progress, as Jin finally says the truth.”
As overseas ambitions expand, China plans 400 per cent increase to marine corps numbers, sources say

During his 90-minute speech, Jin emphasised the changing international security landscape and the need for China to “effectively protect” its interests. “The security situation today is not the same as in Mao Zedong’s or Deng Xiaoping’s times,” Jin said.

With China’s economy today much more export-oriented than in the past, “our economic interests have extended to the outside world”, he said. Consequently, China must ensure the “safety of seaways, overseas resources and Chinese nationals”.

Jin said Chinese warships patrolling overseas are in a “painstaking” situation. Vessels often are unable to dock at the end of months-long voyages on the high seas, putting crews mentally “on the verge of collapse”.
Zhou Chenming, a military expert with Knowfar Institute for Strategic and Defence Studies, a non-government think tank in Jiangyin, Jiangsu province, said so far China’s current installation in Djibouti cannot be seen as a ready military base; but it could eventually be expanded to include more facilities and become a real base.
“The main task for the Djibouti base now is to refill and provide a resting place for the Chinese navy,” Zhou said. “It is not a military base in the full sense. But its capability may be upgraded later to repair ships and its capacity may be enlarged to accommodate planes, which makes it more like a real base.” Additional reporting by Minnie Chan
This article appeared in the South China Morning Post print edition as: PLA adviser calls project in Djibouti a military base.