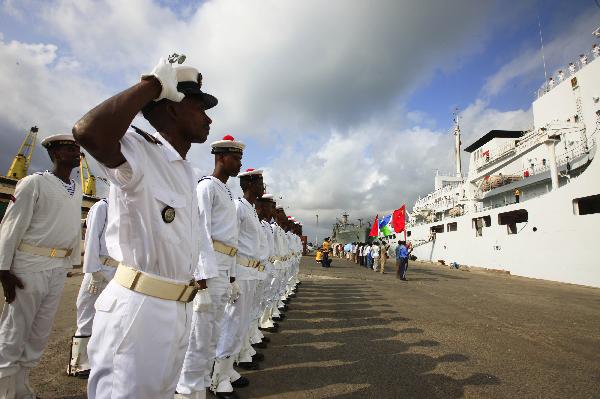 DJIBOUTI (HAN) February 15, 2016 – Public Diplomacy and Regional Stability Initiatives News. China says it is establishing naval “support facilities” in Djibouti, which has the ambition of emerging as another Singapore, leveraging its position at the intersection of busy shipping lanes.

A military base in Djibouti along with major port development projects in Myanmar and Sri Lanka are defining the contours of China’s Maritime Silk Road—an oceanic connectivity project, of which, the Indian Ocean is the core.

Reuters is quoting Ismail Omar Guelleh, Djibouti’s President as saying that China will soon commence work on the naval base. The Horn of Africa nation is strategically located on the junction of the Indian Ocean and he Red Sea—a gateway to the Suez Canal via the strait of Bab Al-Mandab.

Djibouti would become an ideal location for securing sea lanes, in the vicinity, which radiate from this area towards Africa’s Indian Ocean coastline and the Arabian Sea.

China says it is establishing naval “support facilities” in Djibouti, which has the ambition of emerging as another Singapore, leveraging its position at the intersection of busy shipping lanes.

The Chinese facility will be established at Doraleh Multi-Purpose Port –a $590 million project that is being steered by China Merchants Holdings International in the south of the country. The Chinese Navy would use one of the berths.

Last month, Mr. Guelleh signed a deal with China to build a new free trade zone, whose first phase would open later this year. China is also providing the bulk of the $12.4 billion that Djibouti intends to invest by 2020.

In tune with its forays in Djibouti, China has also quietly signed a deal to develop an Industrial Park and a deep water port in Kyaukphyu in Myanmar. The facility in the Bay of Bengal amplifies Beijing’s pitch to deepen its stakes in Myanmar in order to lower its dependence on the straits of Malacca—a strategic commercial channel, dominated by the United States sixth fleet.

The deep sea enterprise includes development of 10 berths at the Maday Island Terminal and the Yanbye Island Terminal. It will be completed in four phases spanning a period of 20 years.

A proposed railway project from Kyaukphyu to Kunming, capital of Yunnan province has been shelved, but Kyaw Hlaing, President of consultancy, Myanmar Survey Research told The Hindu that “with the development of the port and the SEZ, connectivity would be required”.

He added: “So, in the future, we may also consider the construction of the rail.”

Sri Lanka has added another dimension to China’s Maritime Silk Road (MSR). Chinese bloggers are pointing to improved prospects of the revival of the stalled Colombo port city project under new conditions,

and the establishment of a Special Economic Zone (SEZ) in Hambantota—both projects feeding into the gradual unfolding of the ambitious MSR.

China is already steering the Gwadar to Kashgar economic corridor, adding another node to its growing Indian Ocean profile. Source, the thehindu.