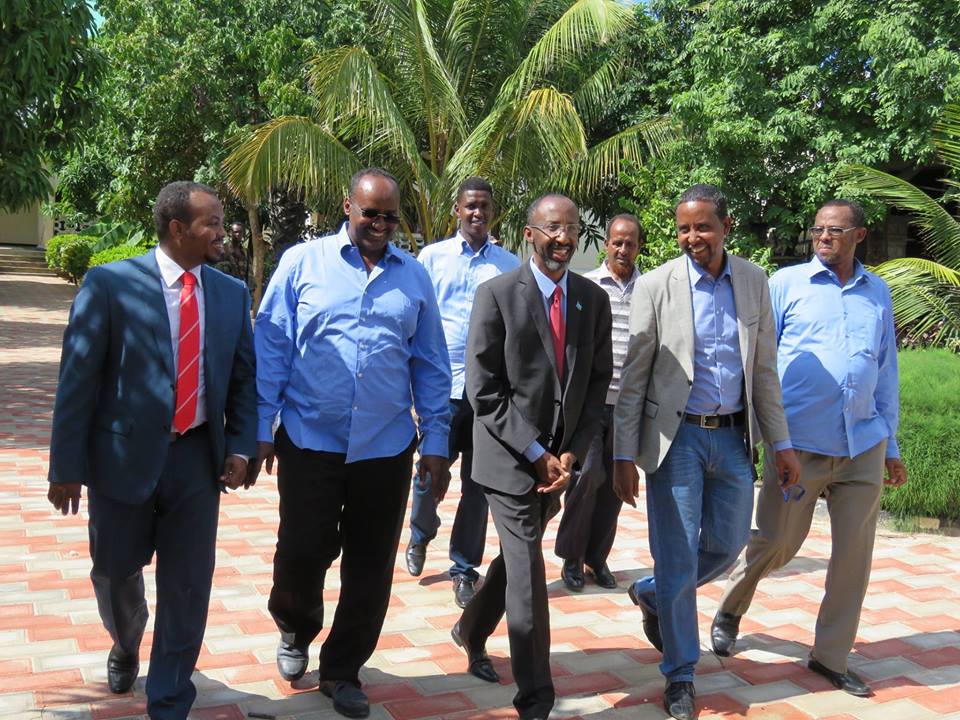 The former Federal Minister, Farah Abdulkadir visited Mogadishu’s SIMAD University, and congratulated the new facilities, Council members and expressed the importance of higher education in Somalia, and he added his statement,  “Mogadishu activities strengthens the quality of education and investments in Somalia.”

The University of SIMAD co-operate on institutional capacity strengthening with partner universities on performing research and higher education to empower regional assets.

In Mogadishu, good planning and time keeping is crucial in this superbly beautiful city of 2 million people. The mission and the vision of SIMAD UNIVERSITY is to provide high quality education, research and community services with the commitment of excellence to Strengthen Local Economies in Somalia.

Other Examples of University Activities Strengthening Local Economies: Couples are walking leisurely along the rocky shoreline, bathers splash in the waves, young boys kick a ball in the sand. Under a row of shady umbrellas, beachfront restaurants serve seafood and tea.
Only four years ago, Lido Beach was a dangerous no-go zone in Somalia’s war-torn capital, Mogadishu. Islamist militant group al-Shabaab partially controlled the city. Violence and bloodshed confined people to their homes.

Today, hundreds of families come to relax on Mogadishu’s coastline each weekend. Hotels are being built along the shore and restaurants have opened, while vendors sell ice cream on the beach.

“I was born and raised in a hostile environment, in Mogadishu, now we see a promising future,” Asho Elmi tells dpa while lugging a heavy cooler box filled with soft drinks and ice cream along Lido Beach.

Somalia suffered two decades of anarchy and fighting between rival warlords after the overthrow of President Siad Barre in 1991.

Only since an internationally-backed government was installed in 2012 and al-Shabaab pushed out of Mogadishu and other strongholds has the East African nation of roughly 10 million people become more stable.

Its economy grew by 3.7% in 2014, with growth projected to reach 2.7% this year, according to the International Monetary Fund (IMF).

“Even though the political and security situations remain challenging, Somalia has made tremendous progress,” the IMF announced in late July.

Somalis can feel this progress in their day-to-day lives.

Mogadishu’s construction industry is booming. Multi-storey buildings are being erected in the city centre, while the bullet-riddled facades the capital was famous for are disappearing behind new coats of plaster and paint.

In the heart of the city, Bakaraha Market with its hundreds of shops selling fruit and vegetables, clothes and household goods – once a battlefield between peacekeeping troops and al-Shabaab terrorists – has again become a bustling commercial district where residents do their daily shopping and chat in small restaurants and coffee houses.

Photo: The former Federal Minister, Farah Abdulkadir visited Mogadishu’s SIMAD University, and concluded by congratulating the graduating students and their families, and wished them a successful future in Somalia.