Djibouti  (HAN) December 17th, 2020. Crisis Viewpoint and  Regional Security.  MAINTAIN THE DIGNITY OF THE OFFICE OF THE SOMALI PRESIDENT, By. Sheiknor Abucar Qassim

The president of Somalia’s office deserves the utmost respect from every citizen, especially those who had the highest privilege to serve in that office. Making public statements attacking the incumbent president is not considered in keeping with the role of primary statesman.

Those former presidents running for the same office again have the right to contest but must put the country’s interest first and, conversely, think about their legacy before candidacy. 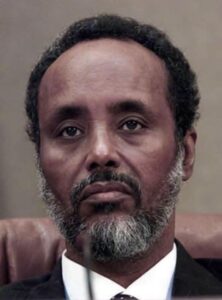 For instance, the former President, Dr. Abdi Qassim Salaad Hassan, has avoided making public remarks on issues and second-guessing his successors once he left office. It is the right course the former presidents can take to rising above dirty politics. I hope that both the government and opposition sides will agree to abide by the agreed framework for holding the election and help to subsite the current political temperature. Most ordinary Somalis struggle to go about their daily lives and do not need violence to hinder fudging daily bread.