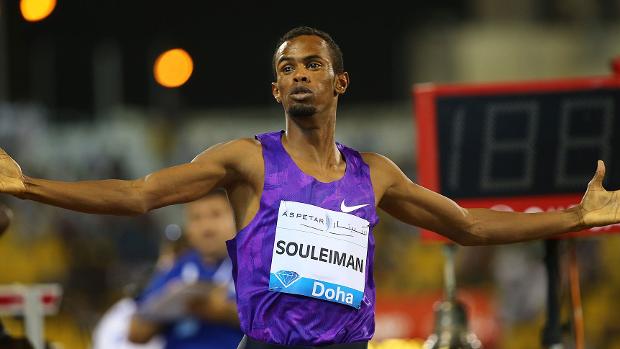 DJIBOUTI (HAN) February 19, 2016 – Public Diplomacy and Regional Stability Initiatives News. Kenya’s athletes posted mixed performance in the Globen Galan Indoor Grand Prix meeting in Stockholm on Wednesday. Nicholas Kiplagat was the only Kenyan winner on the night, winning the 800m ‘B’ race in 1:46.93.

Praising the pacemaker Bram Som, who led him through to 600m in 1:19, Souleiman said: “He did a good job. That was the pace I wanted. After that, I knew I had to work—but I knew I was ready.

Genzebe Dibaba produced a stupendous breakthrough in the mile, clocking 4:13.31 to smash the 26-year-old record of 4:17.14 set by Romania’s Doina Melinte. She finished less than a second away from the outdoor world record of 4:12.56 set by Svetlana Masterkova in 1996.

Dibaba’s effort was always likely to be a race against the clock following the late withdrawal of Sweden’s world indoor 1,500m champion Abeba Aregawi due to back problem.

The 25-year-old Ethiopian was paced through to 800m in 2:05.69 by Poland’s Joanna Jozwik, who leads this year’s list with 2:00.12 before setting out on the long lonely route home which is becoming an increasingly familiar one to her.

As if to make her point, she then relapsed into a fit of coughing. “I am very happy with this record. I think I will be able to run even faster this season,” added Dibaba, who will race over 3,000m in the Spanish city of Sabadell today. Thus, in a single night, the world record total of the Globen Galan meeting moved from 16 to 19.

World junior champion Gudad Tsegay was a distant second in 4:24.98, the third-fastest time ever by a junior. World indoor silver medallist Axumawit Embaye made it a 1-2-3 for Ethiopia, finishing third in 4:27.75.