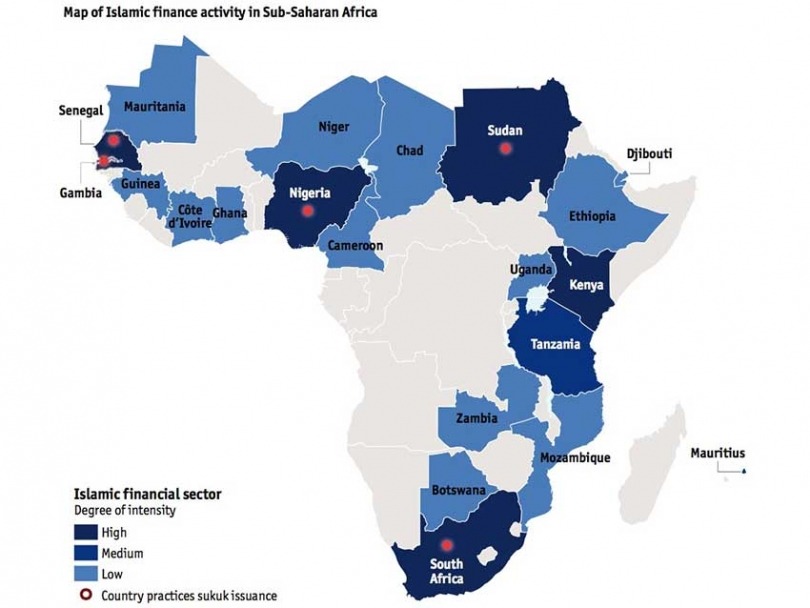 Djibouti (HAN), 29th October 2012: Regional Financial issues and Events. Over the last decade, trade between African countries and the rest of the world has grown significantly and, in particular, charting a 170% increase in trade with the GCC. The ongoing shift by African countries from being aid-dependant to increasing trade and investment ties with the Middle East has positioned Islamic finance to play a key role in facilitating further increases in trade and investment flows between Africa and the Middle East. This is even more significant given the inherently strong linkages between Islamic finance and real economic activity and the potential to provide funding for key areas such as SMEs and project finance. Increased interest from Gulf investors in terms of agricultural land acquisitions combined with a growing Asian investor base, particularly in manufacturing, is expected to provide further impetus to the growth of the continent’s economies.

Islamic Finance to Play a Key Role in Boosting Economic Development in Africa – H. E. Ismail Omar Guelleh, the President of the Republic of Djibouti to inaugurate the Islamic Banking Summit Africa (IBSA 2012)

Speaking ahead of a high-profile conference addressing the opportunities for Islamic finance in Africa, David McLean, Chief Executive of the Islamic Banking Summit Africa (IBSA 2012) noted that “as a result of the recent policy revisions, regulatory changes and economic reforms in key markets on the continent, Africa has now been re-positioned as the third fastest growing region in the world, after the Middle East and Asia. The resurrection of Africa’s trade ties with the rest of the world has resulted in an increased international investor interest in the region. The rapid expansion of the major economies in the region has also resulted in the need to invest heavily in developing vital infrastructure. These factors highlight the tremendous opportunity that Africa presents for the growth of Islamic finance and also indicate how Islamic finance can play a key role in catalysing economic development in the region.”

“It is against this dynamic backdrop that we are launching the Islamic Banking Summit: Africa (IBSA 2012) as a key regionally focused initiative of the World Islamic Banking Conference (WIBC).”

Held under the official support of the Central Bank of Djibouti, the two day gathering of international industry leaders provides a high-profile platform to specifically focus on the opportunities and challenges that are forging the rapidly emerging Islamic banking, finance and investment landscape in Africa. To be held on the 6th and 7th of November 2012 at the Djibouti Palace Kempinski, Djibouti, IBSA 2012 will feature critical discussions that will seek to ‘Capture the Africa Opportunity in Islamic Finance’.

The Islamic Banking Summit Africa (IBSA 2012) will be officially inaugurated on the 6th of November by H. E. Ismail Omar Guelleh, the President of the Republic of Djibouti and Head of Government. 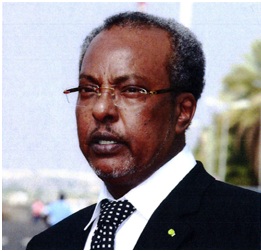 The inaugural address will be immediately followed by an opening keynote address by H.E. Djama M. Haid, Governor of the Central Bank of Djibouti. Commenting on the Central Bank of Djibouti’s patronage for the event, H.E. Djama M. Haid noted that “Islamic finance is undoubtedly one of the most exciting and high growth areas of the global financial sector. With the total assets of Islamic banks globally hitting the $1 trillion mark at the end of 2011 and with the industry expected to grow to US $ 2 trillion by 2015, financial centres outside the traditional Islamic markets of the Middle East and South East Asia are increasingly positioning themselves to play a vital role in the further development of the Islamic finance industry and to attract investments that are Shari’ah compliant.”

He also observed that “Africa presents a tremendous opportunity for Islamic finance and is probably the next logical or strategic decision for leading financial institutions looking to extend their products and services to a new high-potential market. Provided that the continent continues to grow at its current pace, which is the fastest in decades, incremental wealth creation will make it easier for the Islamic financial services sector to tap into this vast potential.”

“We are delighted to be hosting and supporting this first Islamic Banking Summit: Africa (IBSA 2012) to be held in Djibouti and we see this event as a unique opportunity to engage the industry leaders in discussions that will seek to capture the Africa opportunity for Islamic finance”, he added.

A key highlight of IBSA 2012 will be the special keynote address that will discuss how Islamic finance can act as a catalyst for a new wave of economic development in Africa. The session featuring H.E. Khaled Mohammed Al-Aboodi, Chief Executive Officer & General Manager of the Islamic Corporation for the Development of the Private Sector, the private sector arm of the Islamic Development Bank Group (IDB), Saudi Arabia; and Jaseem Ahmed, Secretary-General of the Islamic Financial Services Board (IFSB) will analyse how Islamic finance can mobilize trade and investment flows into Africa and how Africa can be connected with the world through Islamic finance. 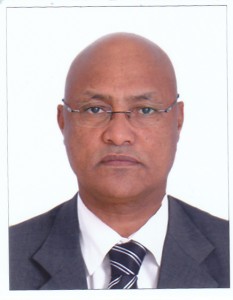 The Islamic Banking Summit Africa will also feature a high-powered industry leaders’ keynote debate. The session chaired by Abdul Rahman Awl, Vice Chairman – Board of Directors, Dahabshil Bank International will discuss how Islamic finance players can tap into and capture the opportunities in Africa. The power debate featuring Dr. Suleiman Walhad, Chief Executive Officer of Dahabshil Bank International; Asad Aziz Ahmed, Managing Director of Gulf African Bank; Basel A. Haj-Issa, Chief Executive Officer of Saba Islamic Bank; and Cassim Docrat, Director of DDCAP (DIFC) Limited will seek to identify the key African markets that are making headway in Islamic finance and will also analyse the key challenges to be overcome to achieve significant growth in the Islamic banking and finance industry in Africa.

Commenting on their participation at the event, Dr. Suleiman Walhad, Chief Executive Officer of Dahabshil Bank International said that “the rapid pace of the development of Islamic finance in the continent leaves no doubt among policy makers all over Africa, and in particular Djibouti, that Islamic finance presents many prospects for exciting growth. Though Islamic finance is still in its embryonic stage in Africa, the potential for growth is tremendous considering Africa’s population of nearly one billion people, nearly half of which are Muslims. With Africa now being recognised as one of the fastest growing regions in the world, joining the top league of emerging economies, Islamic banking and finance has a tremendous opportunity to capitalize on the current under-developed state of the banking and financial system in the region and become a key driver in the promotion of financial inclusion by appealing to the large Muslim population in Africa.”

He also said that “as a leading Islamic Bank in the region, Dahabshil Bank International is extremely delighted to be supporting the inaugural Islamic Banking Summit Africa (IBSA 2012) and we are very keen on exploring the tremendous opportunity that the Islamic finance industry has to offer. We hope that this important event will play a key role in identifying and capturing the unique growth opportunities that will advance Islamic finance in Africa to its next stage of development.” 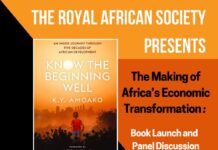 Africa: Development Partnerships or Transactional Politics? An Insight Into the Continent’s Struggle for Economic Transformation 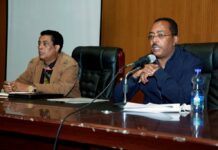 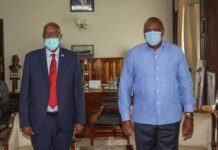 Somalia: Diplomacy Left Out Of Plan