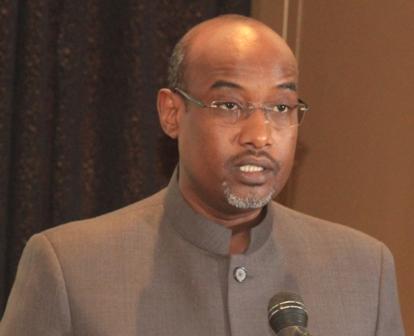 Djibouti (HAN) June 30, 2015 – Public Diplomacy and Regional Security News – Djibouti is committed to energy independence, driven by renewable sources. The Djiboutian Minister of Energy, Ali Mahmoud Yacoub, and the vice president of the Chinese group Shanghai Electric, Chen Shuyu, have signed a Memorandum of Understanding (MoU) for the construction of a 60 Megawatt (MW) wind farm, a first for Djibouti. This further reinforced Djibouti’s commitment to becoming the first country in Africa to generate all its energy requirements through renewable sources by the next decade.

The project, for which feasibility and data collection studies were carried out by Djibouti Electricity Authority (EDD), will be constructed in two stages of 30 MW each and will include the construction of two 230 Kilovolt (KV) power lines in northern Djibouti. Djibouti has considerable wind potential and it is estimated that there is the opportunity to generate up to 5,000 Kilowatt-hours per year through wind power, especially at sites such as Ghoubet, Assal, Gali Maaba and Bada Wein.

Mr. Yacoub said, “Djibouti sits at the crossroads of one of the busiest shipping routes in the world, linking Europe, the Far East, the Horn of Africa and the Gulf. It is the natural gateway to Africa and provides sea, air, rail and road linkages for East Africa. Its commercial activities revolve around its liberal business environment, regional free trade access and strategic location as a Red Sea transit point. Energy demands are high and Djibouti needs cheaper power to fund the expansion of its ports, which have seen a surge in movement of cargo particularly servicing landlocked neighbor, Ethiopia. Lower energy costs will also attract more investors to the country. This project is part of the solution and supports Djibouti’s new status as a commercial and regional economic hub in Africa.”

He added, “It is also part of our national strategy to achieve energy independence in Djibouti, based on clean, permanent, cheap and above all accessible energy throughout the country.”

Projects to develop wind, geothermal, solar, and wave energy capabilities are all underway in Djibouti. The geothermal electricity generation programme is a priority for the government and its geothermal potential is acknowledged as one of the highest in the world. The Japan International Cooperation Agency completed a survey of the 13 potential geothermal sites last year. Within the next year, the Ministry of Energy expects four exploratory wells to be drilled near the caldera at Asal-Fiale. Other sites that have shown potential include Hanle-Garabbayis, North Goubet and Gaggade. Djibouti has attracted investment from the United States of America, Japan, Australia and Italy interested in harnessing Djibouti’s geothermal energy. Companies including Qatar Electric and Fotowatio Renewable Ventures of Spain are helping develop wind and solar power projects.

This wind farm is the second major energy infrastructure project to be launched in Djibouti in partnership with Shanghai Electric Group. The first was the construction of a 63 KV power line for the railway linking the African nation with Addis Ababa in Ethiopia, signed in December 2013.