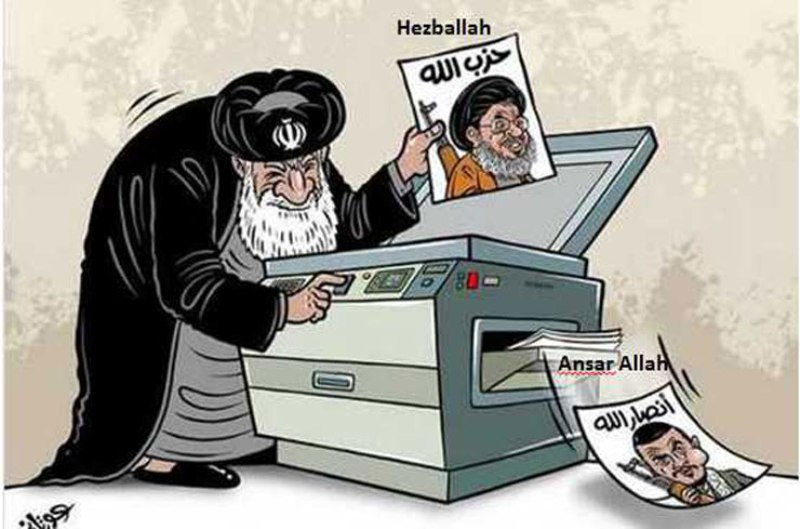 Djibouti (HAN) January 25, 2015- Expert Analysis, Your Power & Regional Influence Magazine. Yemeni rebels, Houthi  are “similar to the Lebanese Hezbollah” and “will come into action against the enemies of Islam,” representative of the Iranian regime’s Supreme Leader in terrorist Qods Force of the Revolutionary Guards has declared.   Ali Shirazi added: “Today we are witnessing the formation of Ansar Allah in Yemen. And in the future all these groups will enter the field of fighting all enemies of Islam and Muslims.”  According to Iran news (ncr-iran), the high ranking cleric representing Ali Khamenei was quoted by an IRGC affiliated site: “Many years ago Hezbollah was established in Lebanon, and the same was done in Iraq and Syria.”

What do the Paris terror attacks and the failing, chaotic nation of Yemen have in common? Far too much it turns out.

Until the horrific events in Paris the dangerous jihadi underground express running to and from Europe and the U.S. via Turkey to Syria and beyond had principally preoccupied counter-terrorism officials. No longer.

There is no dignity in negotiating with Iran’s mullahs who have ‘hijacked Islam’ to commit unspeakable atrocities, former US Ambassador Marc Ginsberg has told a conference in Paris.

As investigators uncover more facts about the Kouachi brothers – the two responsible for the terrorist attack against Charlie Hebdo’s staff – it turns out that Cherif Kouachi was trained by al-Qaeda in Yemen and radicalized by Anwar al-Awlaki – the sinister American-born “emir” of Al-Qaeda in the Arabian Peninsula (AQAP). The Kouachis then attended Awlaki’s Paris prison “finishing school” – and further brainwashed by Awlaki’s European mastermind Djamel Beghal — who was captured while plotting to blow up the U.S. Embassy in Paris in 2001.

Although Awlaki was killed in a 2011 U.S. drone strike, he, more than any other al-Qaeda leader, indeed other than Bin Laden himself, was responsible for inspiring the most lethal and aborted attacks against the West – the foiled airline underwear bomber attack, the failed Detroit Christmas airline attack, Nidal Hassan’s rampage at Fort Hood, Texas, the stabbing of a British MP, the lethal Boston Marathon bombing, and the attack on Charlie Hebdo (before he was killed Awlaki publicly called for the murder of Charlie Hebdo’s editor, Stephane Charbonnier.

AQAP is the flagship Yemen-based franchise for Al Qaeda’s decomposing central command under Ayman al Zawahiri – Bin Laden’s successor. It is by most accounts the al-Qaeda franchise that has the most lethal intent and capability to commit terror against the West. In fact, the NSA continues to intercept orders from Zawahiri to AQAP’s current leader – Nasser al-Wuhayshi (once Bin Laden’s personal secretary) to launch attacks against the U.S. Zawahiri recently appointed Wuhayshi “general manager” of al-Qaeda – placing him in overall operational command of the AQ franchise network (Al Nusra Front in Syria, Al Qaeda in the Maghreb, Al Shabab in Somalia, Ansar al Sharia in Mali and in Egypt).

Despite relentless U.S. drone strike campaign against AQAP, which in addition to taking down Awlaki also removed his second-in-command, Said al-Shiri (the printer cartridge bomber mastermind) and other mid-level bomb-makers, Yemen’s resurgent AQAP is proving more deadly and more resilient than at any time since 2011.

Where is AQAP’s crucial financing and logistical support coming from? AQAP is not only receiving a huge infusion of Arab gulf cash to prevent the dreaded Iran-backed Shiites from gaining control of Yemen – opening the next front in the proxy war between Shiite Iran and Sunnis Saudi Arabia — but it has found a huge reservoir of sympathy among Yemeni tribal Sunnis in a backlash against a potential Shiite Houthi takeover – and Sunni safe havens are the mother’s milk for al-Qaeda. Indeed, Sunni support in southern Yemen enabled AQAP to declare an Islamic emirate in Abyan province in early 2012, but which was eviscerated under a Yemeni/U.S. attack last year after it alienated the local population, scattering AQAP operatives to its new base of operations Yemen’s eastern Hadhramaut province — ideal real estate for AQAP – inaccessible, rocky and close to Saudi smuggling routes. Yet, despite the relentless U.S. – backed special operations campaign against it, AQAP has strongholds in 16 of Yemen’s 21 provinces.

In fact, AQAP is proving so resilient it continues to publish the English-language online magazine Inspire which contains recipes on how to build bombs. The social media impact of Inspire must not be underestimated. It is the al-Qaeda English language handbook that has gotten into the hands of so many Islamic radical wannabees and is one of AQAP’s principal tools of recruitment to this day. AQAP rivals ISIS in the volume of English-language videos and social media messages it releases.

Against this backdrop of a more lethal AQAP, Yemen is spiraling out of control. Its capital, Sana’a is in chaos. Yemen is not just on the brink of becoming another dangerous failed state and, it is the next regional epicenter of the Sunni-Shiite conflagration gripping the Middle East – sort of a “Son of Syria” with all of the combustible elements we are witnessing in Syria. And AQAP is hovering like a vulture to feed on the carcass.

Just today, the government of President Abd Rabbuh Mansur Hadi – the weak successor to the now deposed autocratic dictator Ali Abdullah Saleh, is on the verge of collapse, waging a losing power struggle of the insurgent, Iranian-funded Houthi (Shiite) rebels (named for their leader, Abdul-Malik al-Houthi) who are determined to seize the entire country of Yemen and hold it for all sorts of ransom.

Just who are these Houthi insurgents?

This Houthi/Shiite rebellion has been simmering since 2004 – pitting the federal Yemeni government against the local Houthi tribesmen who have demanded more autonomy and more subsidies from the government in Sana’a. The Houthis form the Zaydi revivalist branch of Shiite Islam and are the dominant tribe in Yemen’s northwestern territories. They are a minority within Yemen’s Sunni majority (one-third of Yemen’s 26 million people), but have steadily gained military and financial support from Iran to become a real threat to Yemen’s U.S.-backed government. In fact, there are reports that the Houthi are collaborating with Yemen’s deposed President Saleh, who is about to be sanctioned – yes sanctioned – by the United Nations for undermining Yemen’s fragile democratic transition after he was deposed. What is Saleh doing back in the mix? Obviously, trying to regain dictatorial control over Yemen which he left in a shambles after being run out of Sana’a.

Confused? So am I!

The deteriorating situation in Yemen’s beleaguered capital of Sana’a is so bizarre that if it weren’t so dangerous, it would make for a grade B movie. The Houthis waltzed into Sana’a several months ago and unleashed a mafia-like extortion and rackets operation shaking down government officials, private companies, and even foreign diplomats. They took over intersections, set up checkpoints, and seized media outlets in order to force President Hadi’s government to capitulate to their welfare demands.

The random tales of Houthi pillaging and lawlessness unleashed a backlash by disgusted residents and Yemenite Sunnis that has played right into the hands of AQAP. What were the Houthis after? Well, for starters, restoration of a fuel subsidy which the beleaguered, bankrupt Yemeni government was forced to slash. But apparently after months of chipping away at the legitimacy of the Yemeni government, the Houthis have decided why not seize power altogether.

Tonight, a shaky ceasefire is barely preventing the Houthi from deposing Hadi altogether, which will place Sana’a in the hands of Iran’s Houthi proxies and likely force an evacuation of U.S. and other Western diplomats. Then what? An al-Qaeda-led Sunni tribal army marching on Sana’a?

American counter-terrorism officials had higher hopes for Yemen’s stability – until now. Yemen’s descent into a gory failed state poses a clear and present danger to Europe, the U.S. and the West. The unquenchable capacity of AQAP to leverage Yemen’s instability – by relying on Awlaki’s evil hand from the grave – is a sad reminder how lethal AQAP remains to the homeland.

Background: Ambassador Marc began his foreign policy career as a foreign affairs advisor during his freshman year in college to Senator Edward M. Kennedy (1971-1977). He was appointed by Secretary of State Vance as his White House Liaison in 1977, and then served as Deputy Senior Advisor to President Carter for Middle East Policy on his White House staff from 1979-1981, working on the Camp David Accords and Palestinian negotiations. In 1994, he was appointed by President Clinton as U.S. Ambassador to Morocco, making him the first American of Jewish heritage to be appointed to an Arab nation. Ambassador Marc was founding President of Layalina Television, the first U.S. philanthropic producer of commercial Arabic language television for broadcasting in the Arab world. Layalina’s programs currently appear on MBC (Saudi Funded TV) – the largest pan-Arab Middle East network.