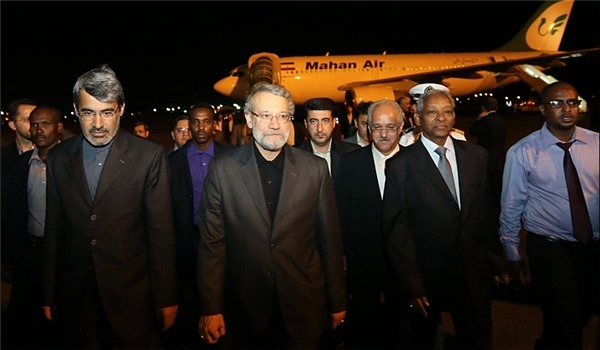 Official statements confirms reports that Iran sees the Red Sea as a strategic central region in the Middle East. Iran also took over Al-Hudaydah commercial port, 100 miles south-west of Sana’a, on the eastern bank of the Red Sea, close to Djibouti Port.

Israel and Western intelligence agencies have been following the actions of the secret Iranian Unit 190.

Fox News recently published an expose of the unit, which is in charge of smuggling and transferring weapons by sea, air, and land from Iran to Iranian’s allies and clients around the world. The unit has supplied the military needs of Hezbollah in Lebanon, the Assad regime in war-torn Syria, Shiite militias in Iraq, Hamas and Palestinian Islamic Jihad in Gaza, the Shiite Houthi rebels that are now in control of Yemen – and in the past to Yasser Arafat’s PLO and Hugo Chavez’s Venezuela.

The shadowy Unit 190 is part of the Al-Quds Force, the special operations arm of the Iranian Revolutionary Guard Corps (IRGC).

Though the unit is military by nature, it mainly operates in the civilian sector. Western intelligence sources who spoke to The Jerusalem Post on condition of anonymity said that the unit is under the command of two senior al-Quds commanders: Behnam Shahariyari and Jabar Hosseini.

Both operate a web of front companies that conceal the weapons shipments and deflect detection.

The unit was established a decade ago and acquired a great deal of experience in moving weapons disguised as innocent and legitimate goods with fabricated documents and end-user certificates. The unit and its staff became masters of deceit.

“Their main concern and focus is to conceal any signs and traces that may point to the Iranian origins of the shipments,” ” added the source.

Nevertheless, in this cat and mouse game Israeli, American, and Western intelligence agencies have had their successes in exposing Iranian tricks.

In March 2011, Israeli naval commandos of Flotilla 13 boarded the Victoria, a merchant ship that claimed it was sailing with civilian cargo from a Syrian port to Alexandria in Egypt. However, Israeli intelligence knew and the naval commandos found its real cargo was Iranian made C-704 land-sea missiles and 60mm and 120mm mortar shells destined for Hamas and Islamic Jihad in Gaza.

Three years later in the Red Sea, the Israel Navy intercepted the Klos C, a Unit 190 freighter carrying rockets also for the Islamic Jihad in Gaza.

Other disruptions of Unit 190 covert operations attributed to Israel occurred in Sudan. The unit was shipping weapons by sea to Port Sudan. It was reported by foreign media that in 2010 the Israel Air Force attacked and sank several vessels near the Sudanese coastline.

In an even more significant operation, it was reported by the international media that Israeli F-15 fighters attacked and demolished a major weapons storage facility in a suburb of Khartoum, the Sudanese capital.

The weapons there – mainly rockets – had been transported by two Iranian civilian airlines, Mahan Air and Iran Air, which have strong ties to the unit and most probably are secretly owned by the Revolutionary Guard, which is not only a strong military force but also an economic empire. “When I see the logo of Mahan Air, I also see Unit 190,” another western intelligence source observed.

There have also been land shipments by truck and train from Iran via Turkey to Syria and Hezbollah in Lebanon since 2007. Some were intercepted by Turkish authorities as recently as 2013.

In May 2007, a freight train from Iran to Syria was blown up by PKK Kurdish terrorists. The huge explosion broke open containers that were documented as construction materials but actually held rockets, mortar shells, and sniper rifles. International cooperation among intelligence agencies has helped seize Iranian weapons carried by ships in Nigeria, Djibouti, Malta, and Cyprus.

Only second to Israeli Intelligence in its struggle against Unit 190 are the various US intelligence agencies, which also have a high success rate.

Due to precise intelligence, the US Navy has intercepted several weapons- smuggling attempts by Iran.

In January 2009, the US was involved in the interception of a former Russian ship, the Monchegorsk charted by the Iranian national shipping company IRISL. The ship was loaded with Iranian explosives.

It was forced to sail to Cyprus and while docking at Limassol its cargo exploded, killing the commander of the Cypriot Navy.

In January 2013, the US Navy intercepted 40 tons of anti-tank and anti-aircraft missiles on board the Jeehan-1, which were destined for the Houthis in Yemen.

“Outing Unit 190 is an important step,” said a source, “but it won’t halt its operations. The battle continues.”

Yossi Melman is an Israeli journalist and writer who specializes in security and intelligence affairs. He is co-author of “Spies Against Armageddon: inside Israel’s Secret Wars.
The African Union officials in Somali’s central region of Baladweyne received new Djiboutian troops to aid the fight against Al-Shabaab insurgents. Federal government forces and AMISOM troops have liberated key districts from Al-Shabab last year. “This is an effort to help Somali forces combat against Al-shabaab. Though, it’s unclear if this will be enough,” senior Somali military commander told reporters at Baladweyne airport. Djibouti Foreign minister Mohamud Cali Yousf said that Djibouti government is planning to widen anti Al-Shabaab operations in the region. More than 1000 Djiboutian troops are serving under the AMISOM peacekeeping mandate in Somalia. The new troops will join the ongoing peacekeeping mission in Central Somalia to bolster current military offensives against Al-Shabaab. The militant group is seeking to topple the Western-backed Mogadishu government and impose its own strict version of Islamic law in the country.