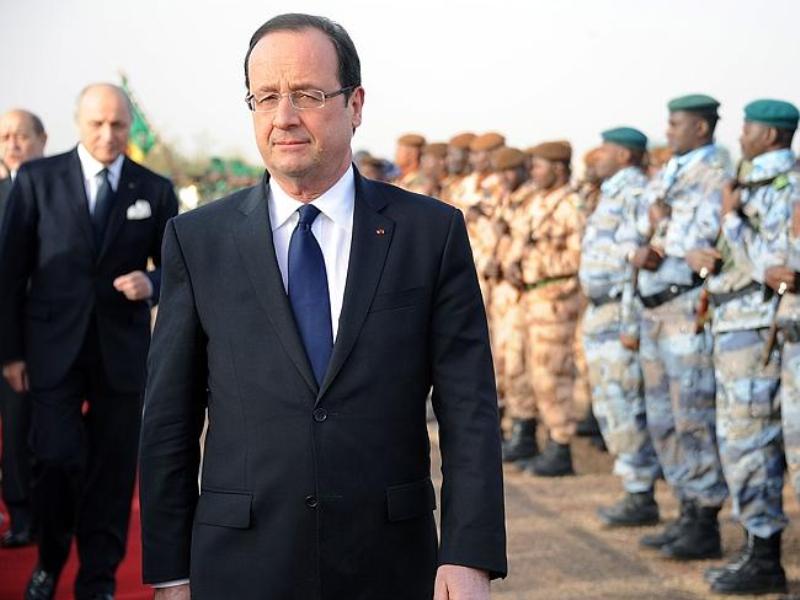 Djibouti: (HAN) August 4, 2014. Regional Defense and Security news. Regional security reporter reported that, the  Operation Barkhane is essentially a French anti-terrorist combat force of 3000 men, permanently stationed in the African Sahel. It has a centralized command headquartered in Chad and includes heavy arms, notably about 40 planes for combat and intelligence operations, stationed in various parts of the region.

Barkhane replaces temporary and country-specific force deployments such as Operation Serval in Mali, where in 2013 French troops and the Malian army drove militant jihadists back from the capital Bamako into their Saharan heartland.

Also formally part of Operation Barkhane are the armed forces of five regional countries: Mauritania, Mali, Chad, Burkina Faso and Niger. All these countries are menaced by absolute poverty and minimal state infrastructure (three of the five are at the very bottom of the recently released Human Development Index) and increasingly since the fall of Qadhafi, by militant Islamists bent on erecting their own Sahel-based caliphate. Connections exist between Barkhane and other deployments in the larger region, notably the Central African Republic (CAR), where a mixed African-French-EU deployment of about 7000 troops is tasked with keeping a bloody civil war between northern Muslims and southern Christians from spilling into genocide (non-French EU soldiers are deployed only in the capital, Bangui).

Another crucial country in the region, Algeria, helps out informally: due to history, French-Algerian relations are never easy, but Algerian intelligence agencies share information on Al Qaeda in the Islamic Maghreb (AQIM), While Djibouti share information with Al-Shabaab militant movements  in the Horn of Africa.

The internationally little known DGSE (Direction Generale de Securite Exterieure), roughly the French CIA, is playing a central role in Operation Barkhane. One of DGSE’s main functions is to prevent the creation of another Afghanistan, a safe heaven for young French Muslims to be indoctrinated and to gain fighting experience in the field, returning home as potential terrorists. The 500-plus French nationals reported to be fighting with ISIS in Iraq and Syria have understandably set alarm bells ringing in Paris.

The anti-terrorist and peacekeeping forces in the Sahel are a patchwork of national, foreign and multinational units.

Deployments are complicated by the fact that the few functioning local armed forces are often sent into neighboring countries for local reasons. For example, Chadian troops had to be withdrawn from the African-led International Support Mission to the Central African Republic following their ‘bad behaviour’ (diplomatese for behaving like an occupation force rather than as peacekeepers). French troops serve as as an indispensable combat element but also as arbitrators when local feuds threaten to overshadow the main function of operations — that is, the fight against jihadi terrorism.

France has a long history of ‘robust’ interference in African affairs to safeguard its interests. When negotiating Operation Barkhane during an extensive visit to the region in mid-July, President Francois Hollande was accompanied not only by Defense Minister Jean-Yves Le Drian but also a sizable delegation of businessmen. The French parastatal Areva, one of the leading global suppliers of nuclear power stations, gets its uranium mainly from Niger. Large French multinationals such as Orange (telecom) and Bouygues (construction and telecoms) dominate the regional market down to Cote d’Ivoire. While in Abidjan, Hollande was warmly welcomed by President Allassane Outtara, whom the French had helped, in 2011, to oust his predecessor Laurent Gbagbo.

Operation Barkhane is one in a long succession of French interventions in post-colonial West Africa, and probably not the last. In Nigeria, geographically situated just below the Sahel zone, another terrorist force threatens the stability of one of Africa’s largest and potentially richest countries. Boko Haram might well be the deadliest and most dangerous of all these terror groups, as demonstrated by the brazen and globally highlighted kidnapping of 200 school girls recently in the Muslim north of Nigeria. On 27 July Boko Haram struck for the first time in neighbouring Cameroon when it kidnapped the wife of Amadou Ali, Cameroon’s vice-president, in the border town of Kolofata.

The kidnapping and the lack of effective pursuit of Boko Haram by Nigerian authorities has shown their blatant lack of will and capability. Despite its large and supposedly well-trained army, Nigeria will clearly need outside help to cope with homegrown Islamic terrorism. Effectively, this can only mean European military assistance, with some indispensable American support in reconnaissance and logistics.

Considering that Cameroon was a French colony (with a British-dominated north), and Nigeria was held by the British, Boko Haram now challenges both former colonial powers. It is to be hoped that London will recognise finally that due to its colonial history, it carries additional responsibilities in Africa too.

Under the joint leadership of France and the UK, the two most powerful and battle-ready armed forces in Europe, the EU will have to step up and do much more to secure long term stability on a continent whose much predicted bright future will remain elusive if it does not manage to provide basic services for its citizens, and protect them too.