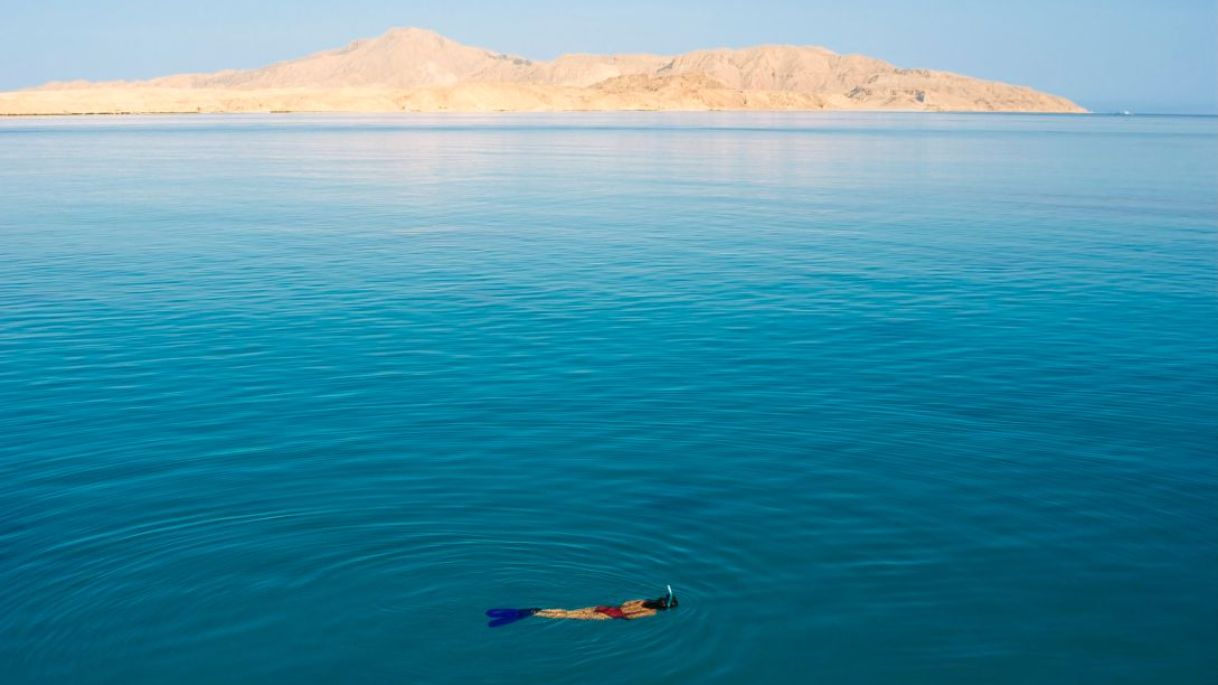 Djibouti (HAN) April 26, 2016. Public Diplomacy & Regional Security News. Egypt informed Israel in advance of its intention to transfer the sovereignty over two islands in the Gulf of Aqaba to Saudi Arabia, Haaretz has learned.

During the talks with Egypt, Israel made clear that it doesn’t oppose the move as long as Israeli ships are guaranteed freedom of navigation in the area, and as long the rest of the commitments Egypt made as part of the peace agreement with Israel are honored. Egypt confirmed to Israel and the U.S. that the treaty will indeed be honored, and the Saudi government later made a public announcement to that effect.

The two islands, Tiran and Sanafir, control entry to the Gulf of Aqaba and the ports of Eilat and Aqaba in Israel and Jordan, respectively. Tiran is the closest of the two to Egypt’s coast, lying about six kilometers (four miles) from the Red Sea Resort of Sharm el-Sheikh.

Israel’s 1979 treaty with Egypt guarantees Israel full maritime passage rights in the Red Sea and through the Straits of Tiran, a deal enforced by the presence of a multinational force deployed in the Sinai Peninsula.

Prime Minister Benjamin Netanyahu raised the issue during a security cabinet meeting two weeks ago, and briefed the ministers on the planned move. The U.S. and the multinational peacekeeping force, whose troops are stationed on the islands in question, were also kept in the loop and did not oppose to the transfer.

The initial assessment by the Israeli Foreign Ministry and defense establishment is that the transfer of the islands from Egypt to Saudi Arabia won’t adversely affect the Israeli-Egyptian peace treaty. Nevertheless, Netanyahu and Defense Minister Moshe Ya’alon are awaiting a more comprehensive assessment that is currently being devised by lawyers from several government ministries.

Saudi Foreign Minister Adel al-Jubeir told Egyptian editors in comments published Monday that Cairo won’t cooperate with Israel following the transfer, and that there will be no coordination between the sides. However, he made clear that Saudi Arabia “will honor all of Egypt’s legal and international commitments in regard to the two islands.”

Saudi Arabia has also promised not to use the islands for military purposes, the Egyptian daily Al Ahram reported.

The New York Times said that Israel once expressed its concern to Egypt about permitting a Saudi takeover of the islands and threatened it would view such a step as a violation of the peace treaty. Soldiers, most of them Americans, have been deployed on the islands since the treaty was signed, the newspaper said.

But Israel has since eased its adherence to the treaty’s limits on forces permitted in the Sinai. In 2013, for instance, Egypt sent in more troops, with Israel’s agreement, to cope with unrest after Mohammed Morsi, of the Muslim Brotherhood, was toppled as Egypt’s president.

The treaty provides for renegotiation and international arbitration if necessary in the event that Israel were to object to Egypt’s handover of the islands to the Saudis.

Saudi Arabia had control of both islands until 1950 when Riyadh handed them over to Cairo, fearing Israel would seize them. Israel did capture the islands during the 1956 Sinai Campaign but returned them to Egypt four months later.

Egypt denied Israel passage through the straits in 1967 in a dispute that led to the Six-Day War when Israel again captured the islands in defiance of U.S. pressure. It returned them to Egypt in 1982 as part of its withdrawal from the Sinai Peninsula under the peace treaty.

The late Israeli Defense Minister Moshe Dayan famously visited these islands while honeymooning in Sharm el-Sheikh, at the southern tip of Sinai.

For now, it seems, Egyptian activists seem more opposed to the islands being handed over and have taken to social media to voice their objections which they see as tantamount to a sell-off in return for aid.

The deal for the islands was one of more than a dozen accords and memoranda that involved billions of dollars in Saudi aid and investment to Egypt.

Protests against handing over the islands clouded the culmination of King Salman of Saudi Arabia’s five-day visit to Cairo on Monday.

But Egypt’s oldest secular university granted Salman an honorary doctorate for his “unique services” to Arabs and Muslims.

Egypt’s government has gone to great lengths to counter allegations against giving the Saudis back control of the islands. Officials have cited diplomatic correspondence dating back decades that shows Cairo acknowledging Saudi ownership of the islands.

“Egypt has not surrendered a single square inch of its territory under any condition,” Al-Ahram said in its Monday editorial. “But it will be unreasonable to deny our brothers their right to holding on to their own territory when all documents prove their ownership.”

The decision to hand them back to the Saudis, he said, was taken by a panel of Egyptian experts, including officials from the foreign and defense ministries as well the country’s top intelligence agency.