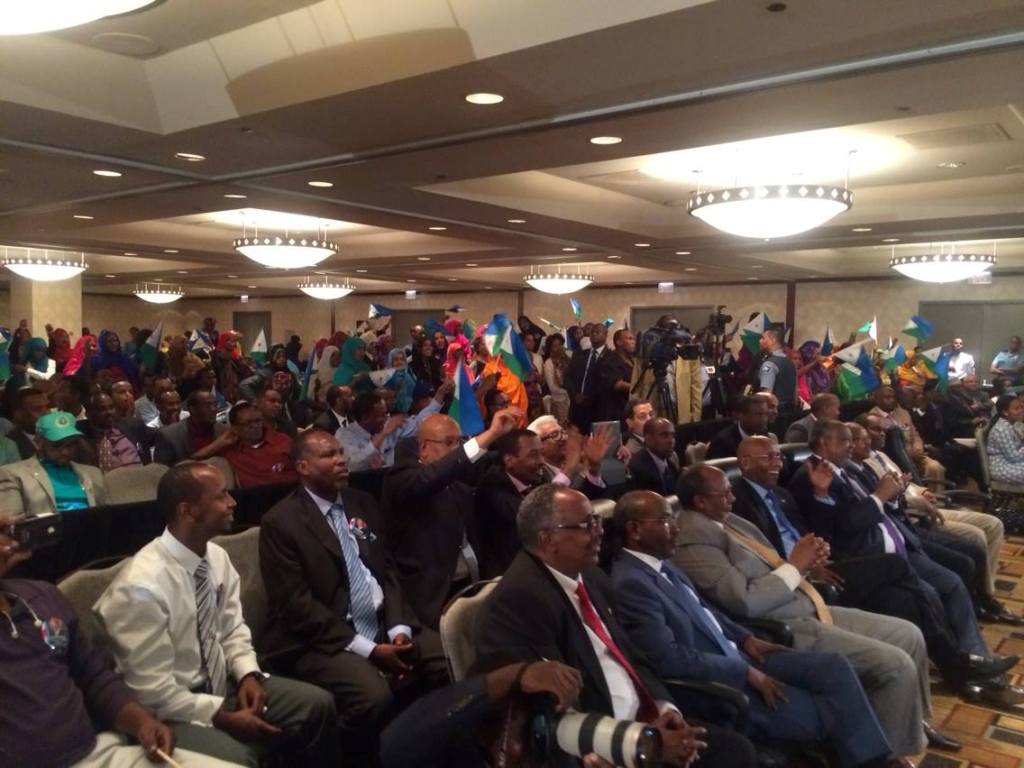 Washington (HAN) August 8, 2014- Diaspora Investment news. Through African Diaspora, western aid, philanthropy and investments have been seen as the drivers of development, especially funding, in Africa, Specialy in Somalia, kenya, and Ethiopia. With improving economic indicators in many IGAD countries and an increasing number of middle-class and wealthy individuals, there is now recognition of the immense financial and intellectual capital that exist in East Africa, according to the Diaspora in America.

The East African leaders presented to USA a project without Somalia and Djiboutii, which would support regional economic integration and inter-connectivity and generate investment and trade flows, which is crucial to economic prosperity and job creation.

Ugandan President Yoweri Museveni, Ethiopian Prime Minister Hailemariam Desalegn and South Sudanese President Salva Kiir, attended a Summit on the project, which involves construction of a highway, port and an oil refinery to boost regional trade and improve transport across the region.

“Our meeting was the latest chapter in a deepening integration agenda that is focused on opening up the region to trade and investment and ensuring that its enterprises are globally competitive,” President Kenyatta said.


If Diaspora Trust: the diaspora East African Diaspora haven’t translated their individual contributions into collective, strategic investments is a main reason behind our absence in development and philanthropy. Africans in the Diaspora (Aid) is working to fill this gap by pooling the diaspora’s financial, human and intellectual resources to invest in African civil society organisations that are solving the biggest challenges in their communities. Poll: The United States President Barack Obama hosts dozens of heads-of-state in Washington, DC for the first ever US-Africa Leaders Summit on August 4-6, 2014, we teamed up with GeoPoll to survey 4,500 citizens from nine African countries – representing around 400 million people or one-third of the continent. The goal was to see if the priorities of the people lined up with those of their leaders.

Among those polled, the US is considered Africa’s most important partner, with China not far behind, and Europe a distant third. The US was the top answer in 6 of the 9 countries. In Benin and Kenya, respondents chose China as their most important partner while Tunisians chose Europe
Related News Articles