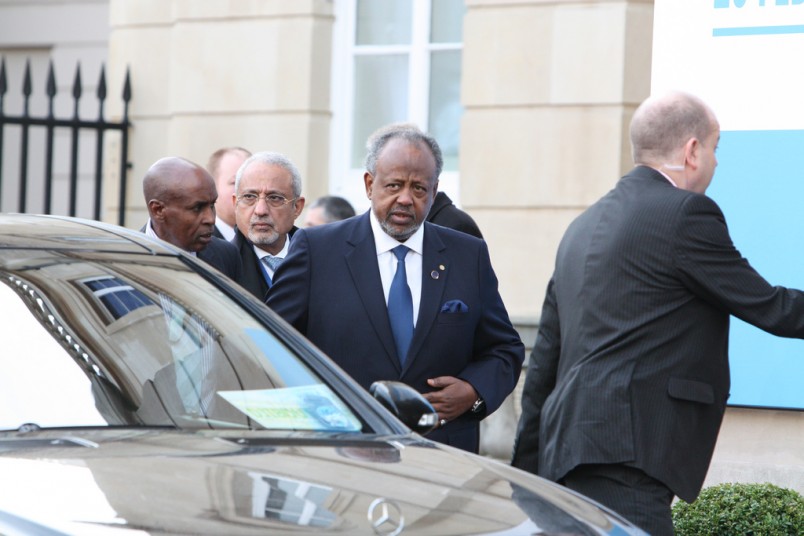 DJIBOUTI (HAN) February 13, 2016 – Public Diplomacy and Regional Stability Initiatives News. The importance of Djibouti in modern international affairs is entirely tied to its location on the Horn of Africa, a hotbed of chaos where stability is the most important currency. Currently, a flurry of countries either maintain military bases or use the country’s ports as a logistics hub for their military operations. The 23,000 km2 mini-state acts as a safe harbor for the Japanese, the French, the Americans, the Europeans and, increasingly, for the Chinese. In a sharp reversal of stance, Beijing acknowledged last week that they would in fact be building their first African military base in Djibouti, a stone’s throw away from Camp Lemonnier, the American installation. A 10 year contract has been signed, worth according to previous estimates at $100 million per year.

As China looks for ways to expand its economic and military presence in Africa, Djibouti has become its forward base. Before last week’s announcement, the Chinese already leased space at the country’s deep water port for warships that take part in the counter-piracy patrols in the Gulf of Aden.

Even as it tries to rebalance its economy towards consumption, China’s growth still depends on opening new markets for its goods. Africa represents an open and potentially lucrative market, but most areas of the continent, that are accessible to the Chinese, do not currently have the infrastructure to handle a high volume of trade. Over the last few years, Chinese companies and the government have been involved in infrastructure projects across Africa. The recent railway project in Djibouti emphasize the importance placed on the area by the government in Beijing.

With the economic commitment underway, a stronger military presence is already being worked out. This expansion is, ostensibly, both to protect Chinese interests and to make it easier for China to fulfill its military obligations related to the Gulf of Aden. Without an established chain of bases and support facilities, the People’s Liberation Army – Navy (PLAN) has difficulty supplying fuel, weapons and support material for its forces.

With its strategic location next to the economic powerhouse of Ethiopia, Djibouti is the perfect base for China in the area. In addition to berthing spaces for ships, the Chinese have previously evicted a military facility that had been used by the United States in the Obock region. Chinese plans for Obock – where the military base will most likely be based – include building an airbase and support facilities for up to 10,000 soldiers. With the inclusion of the shipping facilities in the capital city, it would make China the largest military presence in Djibouti. In contrast, currently, the United States maintains 4,000 military and support personnel in Camp Lemonnoier in what is Washington’s only official African base.

Propping up a dictator

Although the increase in interest in this small, impoverished African country could signal better economic days for the inhabitants, the current ruler of Djibouti, President Ismail Omar Guelleh, has spent the last 16 years controlling his populace with an iron fist. It appears that Guelleh has little interest in bettering the lives of his fellow countrymen. Over 40 percent of the population of Djibouti lives below the poverty level, even though Guelleh and the government of China have signed trade and construction deals worth over $6 billion.

Guelleh is an old-fashioned autocrat – fixing elections, intimidating or arresting political opponents and suspending constitutional law to maintain his hold on power – but with the Chinese interest in Djibouti opposing the American interests, the tacit overlooking of his crimes will come to an end. As Franklin Roosevelt supposedly said about Nicaraguan strongman Anastasio Somoza, “He may be a bastard but he’s our bastard.”

Guelleh is still holding on to power, even though he claims that free elections will be held in 2016. With his pattern of behavior, it is unlikely that a political change is coming without outside influence.

What’s next for Djibouti

In a perfect world, economic enrichment for a nation would not be tied to support of outside military forces. The monies gathered from economic trade would help the entire country, not just a select few that hold the reins of power. And the United States, as well as other countries, would not have to support dictators and political strongmen to maintain bases and influence in areas where they have an overriding interest.

Unfortunately, that perfect world doesn’t exist and the US has a long history of supporting and propping up unsavory political groups as long as their goals aligned with Washington’s. It is only when the alignment shifts that the US withdraws its support or starts to actively oppose the governments of these countries. The United States is not unique in this area, as China’s budding Djibouti connection so apmply shows. Politics make for strange bedfellows, after all.

Guelleh is taking Djibouti down a road that no longer aligns with the goals and principles of the U.S. He believes that the support and wealth he can get from the Chinese is more important than what he could extract from the Americans. However, he should recall the examples of Iraq’s Saddam Hussein or Panama’s Manuel Noriega before jumping on that particular bandwagon.