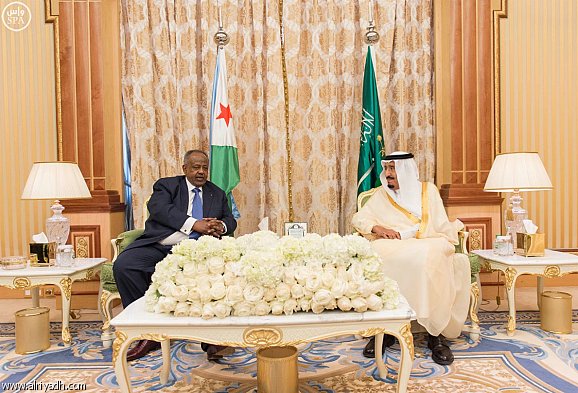 At the outset of the meeting, the President decorated the King with the Medal of Djibouti Grand Star, the highest medal in the Republic of Djibouti, in recognition of the King’s efforts in the service of issues of Islamic and Arab nations.

During the session, they reviewed bilateral relations between the two brotherly countries, ways of enhancing them in various fields, and the latest developments in the region.

On the Djiboutian side, the talks were attended by Minister of Foreign Affairs and International Cooperation, and Government Spokesman Mahmoud Ali Yusuf, Djiboutian Ambassador to the Kingdom Dhiauddin Bamakhrama and a number of officials