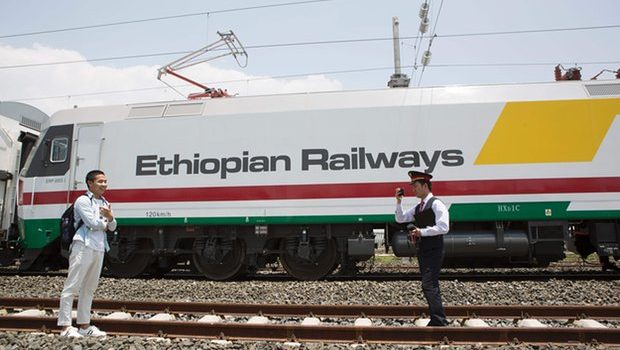 Things You Need To Know About The Ethiopia-Djibouti Electric RailwaY

The Chinese-built project was aimed at creating new manufacturing industries, improving transport and further opening up landlocked Ethiopia. The two countries in December 2016 announced a joint company to manage the railway line.

The Ethiopia Railways Company will begin regular test runs on the route connecting the country to its neighbour Djibouti. A total of 30 locomotives – fifteen each for passengers and freight will be used for the test.

The Ethio-Djibouti railway line was launched in October last year as part of efforts to open up Ethiopia to business. The route comprises a 758-km stretch linking Addis Ababa and the Red Sea state of Djibouti

The state-affiliated FANA broadcasting corporate reports that two Chinese firms have been contracted to oversee the railway line for the next six years as local employees are trained to takeover in due course.

An official of the management company disclosed that the test runs will be conducted in two directions between the capital, Addis Ababa and the eastern city of Dire Dawa then from Dire Dawa to Djibouti.

The passenger trains will conduct the test run at a speed of 60km/h which will be raised to 120km/h once it successfully completed the trial run. The standard gauge Ethio-Djibouti electrified double-track is expected to slash the journey time between the two countries to under 10 hours.

Ethiopia is seeking to have 5,000 km of new lines working across the country by 2020. The electrified and environmentally friendly project will also replace a diesel-powered Addis Ababa-Djibouti line.