Home Daily Security Briefing Djibouti: China’s Military Base in Djibouti Is Another Step in Its Push... 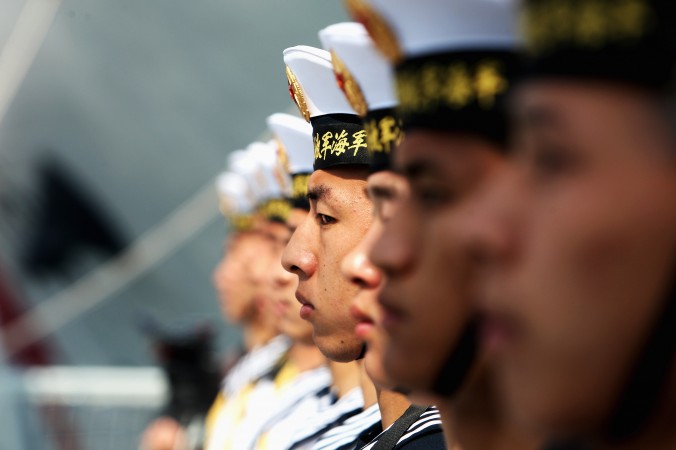 DJIBOUTI (HAN) February 1, 2016 – Public Diplomacy and Regional Stability Initiatives News.By: Joshua Philipp. It was a long time coming, but the Chinese regime recently confirmed what military analysts have been predicting for years. China signed a deal with Djibouti, in the Horn of Africa, to build an overseas military base.

The Foreign Ministry spokesman of the Chinese Communist Party (CCP), Hong Lei, said on Jan. 21 the base will give logistical support to the Chinese military, as it helps with anti-piracy operations.

The significance of the move, however, is likely less about military and more about business. China is working on deals to gain port access at every major maritime trade chokepoint, and the base in Djibouti will be a major step toward its objectives.

An unnamed journalist mentioned in the Foreign Ministry transcript that alongside the base deal, the CCP signed a deal with Djibouti that sets up a “free trade zone, expand[s] Djibouti’s role for transshipment of goods in trade between China and the world, and let[s] Chinese banks operate in Djibouti.”

The Chinese regime made a subtle move last year, which hinted at the deal. On April 2, 2015, China sent its Type 054A Linyi frigate to help evacuate 449 Chinese citizens from Yemen, who were then brought to Djibouti.

And while the world was watching the Chinese ship help in the evacuations, it sent a squadron of three warships, 800 sailors, and a special forces team to hold “anti-piracy patrols” in the nearby Gulf of Aden.

It then decided to leave the naval squadron in the region, and Chinese ambassador to Pakistan, Sun Weidong, said at the time the Chinese warships would “keep pirates away from one of the most important water courses in the world.”

It was also then that China began asking Djibouti for either special port access or basing rights.

On the surface there’s nothing special about a country wanting a military base in Djibouti—particularly since China is taking part in anti-piracy patrols in nearby waters. 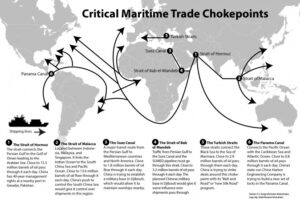 The United States, France, and Japan also have military bases there, and it’s used as a staging area for anti-terror and anti-piracy operations.

As I’ve reported before, the real reason behind China’s interest in Djibouti likely ties to its push to have a military presence at all major maritime trade chokepoints.

The broader picture is that whoever controls the world’s shipping chokepoints controls the flow of oil and close to 90 percent of global trade.

Protecting this system is one of the key objectives of the United States under the “Pax Americana,” and the Chinese regime is trying to build a similar system, but in a way that more closely serves its interests while denying the interests of others.

The idea is that whoever secures the global trade channels also has influence over global trade. What has some defense experts concerned about the CCP replicating this system is that while the United States offers its service without cost and allows open access to all, the CCP system may be more selective with who can pass.

The concern is well grounded, since the CCP is already denying both air and maritime access to other nations in areas it has claimed in the South China Sea—and is stirring up trouble with most of the region’s neighboring countries.

The CCP’s presence in the South China Sea gives it influence over trade coming through the Strait of Malacca, which sees close to 13.6 million barrels of oil pass through it each day.

Robert Haddick, author of “Fire on the Water: China, America, and the Future of the Pacific,” explained this push in a previous interview with Epoch Times, and noted, “I think people don’t appreciate this problem or threat because it’s so unfamiliar.”

The world’s most important chokepoints for shipping oil are the Strait of Malacca, the Suez Canal, the Strait of Hormuz, the Panama Canal, the Bab el-Mandeb Strait, and the Turkish Straits—and the Chinese regime is working on deals to gain port access around all of these.

Djibouti is positioned at the Strait of Bab el-Mandeb, which sees close to 3.2 million barrels of oil pass through it each day.