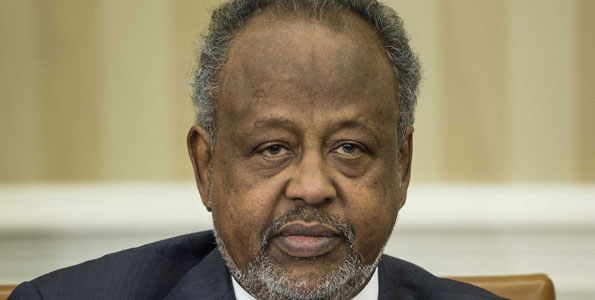 DJIBOUTI (HAN) February 3, 2016 – Public Diplomacy and Regional Stability Initiatives News. China is expected to start work in Djibouti soon on a naval base, Djibouti’s president told Reuters, defending Beijing’s right to build what will be its first foreign military outpost on one of the world’s busiest shipping routes.

Strategically located at the southern entrance to the Red Sea on the route to the Suez Canal, Djibouti is already home to U.S. and French bases, while other navies often use its port.

China said last year it was in talks to build what it describes as naval “support facilities” in the Horn of Africa nation, which has less than a million people but is striving to become an international shipping hub.

“The Chinese government has decided to move to this area,” President Ismail Omar Guelleh said in a weekend interview in Addis Ababa. “They have the right to defend their interests, just like everybody else does.”

For Djibouti, among Africa’s poorest nations, it adds to its credentials as a global player in shipping as it targets investment of $12.4 billion to create a commercial hub for Africa. “We want to follow the path of Singapore,” Guelleh said.

For China, the base reflects the increasing reach of its navy, which has conducted anti-piracy operations in the region, and a greater readiness to respond to threats abroad.

President Xi Jinping is reforming the military, with China also becoming more assertive in its territorial disputes in the East and South China Seas, and as its navy invests in submarines and aircraft carriers.

The West is watching closely.

“We understand that some Western countries have worries about maybe the Chinese willingness to have military outposts out of China,” Djibouti’s Foreign Minister Mahamoud Ali Youssouf said during the president’s interview. But he said the West, which had long had similar bases, should not be concerned.

The president did not say when the work would begin or how many personnel would be stationed there. “They are now studying and they will, I guess, start soon,” Guelleh said.

The Chinese facilities would be at the $590 million Doraleh Multi-Purpose Port being built in the south of the country in partnership with China Merchants Holdings International. The navy would use one of the berths.

It will be close to another port, the Doraleh Container Terminal, run by Dubai’s DP World although the government is locked in a legal arbitration battle over that contract.

Djibouti is expanding its port facilities to handle more bulk commodities, containers and other goods. It is also building two new airports to handle more tourists and cargo.

It is already the main export and import route for Djibouti’s fast growing neighbour Ethiopia, and the two nations will soon be connected by a new highway and rail links.

Djibouti plans investment worth $12.4 billion between 2015 and 2020, with the Chinese providing much of the financing.

“They are the biggest investors in our country,” the president said. “They are the ones who were sensitive to what we feel and seek, and our interests are complementary.”

Last month, Guelleh signed a deal for a new free trade zone to be built by China. The first phase is to open this year.

Others foreigners are also investing, including a German firm building a solar power project and a Qatari company backing a wind energy plant, part of Djibouti’s goal to switch entirely to renewable power sources in five years.

The investment has pushed economic growth to 6 percent or more a year, but the International Monetary Fund said it would also drive public and publicly-guaranteed debt to a peak of 80 percent of gross domestic project in 2017 from 60.5 percent in 2014.

“Infrastructure always pays off, doesn’t it?” the president said when asked about this debt burden.

He said the investment drive would help fight the nation’s “main enemy that is unemployment”, adding that this would be his focus if he secures a fourth presidential term in April.

Opponents, who have long said elections are marred by abuses despite official denials, say it is time for the president to quit, echoing increasingly loud calls by Western states for veteran Arab leaders to step aside.

Asked for his response to such calls, Guelleh said: “An ambition is legitimate, isn’t it? … If they beat me in the election, I will leave.”